My favourite film critic Roger Ebert wrote this about one of American cinema's luminaries: 'The Japanese name some of their artists Living Treasures. Sidney Lumet is one of ours. He has made more great pictures than most directors have made pictures, and found time to make some clunkers on the side.'

Pankaj Kapoor, whose birthday it is today, May 29, too has made many mistakes, like Raam Jaane and Matru Ke Bijli Ka Mandola. And his stab at the direction in Mausam was an unmitigated creative and commercial disaster. But when Pankaj is brilliant he is incomparable.=

Be warned: Pankaj Kapoor's finest performance as a brilliant doctor struggling against red-tapism and cynicism is contained in a dreadfully boring film.

It takes herculean skills to make such an interesting story so dull and lifeless. But Bengali director Tapan Sinha managed the miracle.

Directors should not make films in a language they don't understand.

This one survived solely on the basis of Pankaj Kapoor's National award-winning performance.

As Dr Dipankar Roy, the actor imparted a life so lived into the character it felt like a documentary.

Shabana Azmi as his supportive wife was also excellent.

Decades later the pair came together in Vishal Bhardawaj's awful Matru Ke Bijli Ka Mandola to remind us of how good they were together in their earlier film.

At a time when civilisation is gripped by a pandemic this gritty story of a doctor struggling to establish the genuineness of his vaccination against leprosy has acquired a renewed relevance. A woman dies, and the whole neighbourhood goes into an introspective tizzy.

This a typical Basu Chatterjee film was a scathing exploration of middle-class morality.

Pankaj Kapoor was brilliant as a study of middle-class mores.

He played Sudhakar an over-sexed whitecollar charlatan who develops a sexual relationship with a string of women, one of them played by Supriya Pathak who later became his wife in real life.

This is a fearless performance filled with moral suppression and raging hormones. 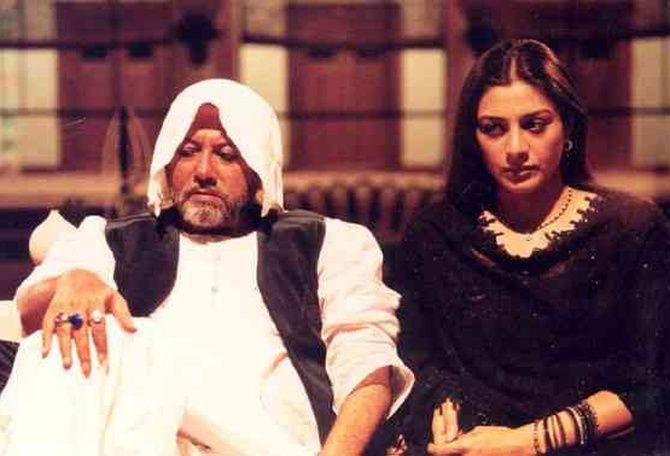 His expressions of steely revenge melt into displays of utter compassion for his enchanting wife.

Maqbool transports us to a threshold of pain and redemption hitherto unknown to Hindi cinema. Because this is Shakespeare's Macbeth trans-located to Mumbai's underworld, and because Bharadwaj has selected a dream cast to portray his nightmarish world of crime and retribution, Maqbool takes its emotional content to new heights. Pundit Chaturvedi is a potbellied, bare-torsoed symbol of religiosity who could easily have become a parody in lesser hands.

The debutant director's penetrating take on how grim is the grass in the land of the divine and the crass wouldn't have worked were it not for Pankaj Kapoor in the central role.

As the head priest caught in a terrible dilemma that questions his entire ethos and commitment to society and religion, Kapoor ceases to be an actor once the camera switches on.

Let's stand up and applaud the actor for this reformist mellow drama. Dharm could have been screechy, preachy and jarringly sanctimonious.

Instead, it affords us a look into the soul of a wounded civilisation thanks to his pungent powerful performance.

It is an old fashioned typewritten transcribed screenplay, reminiscent in many ways of Yash Chopra's Dharmputra, written in words that are meant to reach into the remotest corners of the stoniest modern hearts. 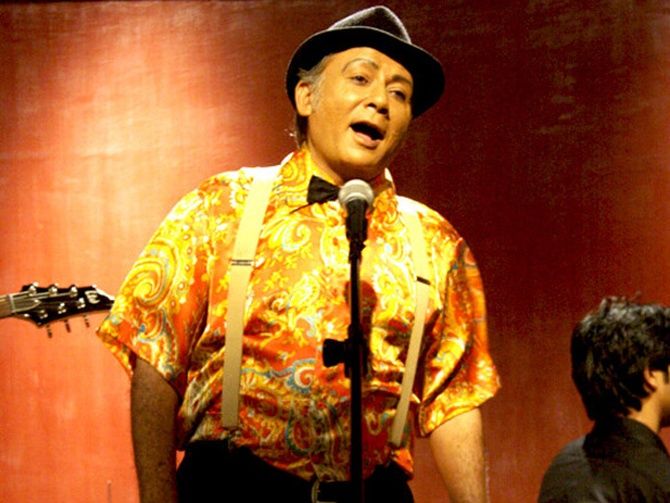 This is a film that will go down in history as India's only genuine tribute to the genius of Charlie Chaplin.

Doing the homage, never an impersonation, the great Pankaj Kapoor immerses himself in the character of the capricious naive pure-hearted Happi, a chawl dweller who is the brunt of ridicule in an Iranian club where he sings and does stand-up comedy to eke out a living.

He is fairly ridiculous. But happy when humoured.

The sequences in the smoky club find Pankaj Kapoor at the peak of puckishness. That's where Happi comes alive.

As socio-cultural changes overpower Happi's life, he looks around in utter bewilderment at a world he no longer knows.

It is a heartbreaking situation to be in. Pankaj Kapoor constructs a Chaplineque pathos in Mumbai's bustling chawls where callousness is a way of life.

If you can't cope, you perish. Or otherwise, you become the Joker.

More than a portrait of a rapidly mutating metropolitan environment, Happi shows us how cruel human beings can be to someone who is not uncorrupted enough to understand when he is being mocked.

The sequence where the club gets Happi drunk and watches him perform a silly dance is heartbreaking.

Pankaj Kapoor's Happi is what Joaquin Phoenix's Joker becomes when left to be annihilated by his own desolation.