'I would rather be a soldier in the battle to better our nation than the chief commanding officer.' 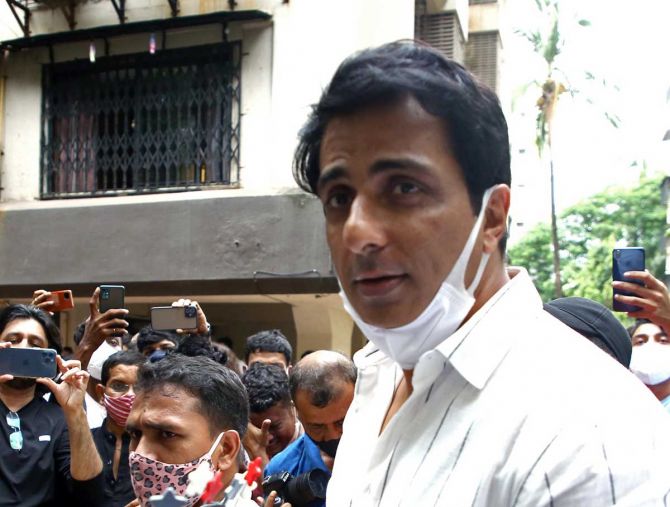 There are sections of netizens who are looking at Sonu Sood as heading towards politics. But he has no intentions of getting into politics at all.

"People say it will give me more power and leverage to do the work I am doing. But I look at it the other way."

"If I am into politics I'd have to think twice and thrice before dialing anyone.

"I'd have to consider that person's political allegiance as compared with mine.

"I'd have to be very cautious that I don't in any overstep my political party's guideline."

Sonu feels he has far more freedom as an apolitical entity.

"I can call anyone.

"I can reach out to any organisation without my politics coming my way.

Not even if given the chance to be the next prime minister?

"Sonu laughs, "That is not even a remote possibility.

"Running the country is a great responsibility.

"Idon't see myself up to it.

"I would rather be a soldier in the battle to better our nation than the chief commanding officer."