Saif Ali Khan, who turned 50 on August 16, is expecting all set to become an 'Quadfather,' a title given to him by his sister Soha Ali Khan, after he and his wife Kareena announced the arrival of their second child.

He's definitely going to make a handsome father at 50, but there are quite a few men in Bollywood, who have added to their families in their late 40s and 50s.

Namrata Thakker takes a look at them: Shah Rukh Khan was 47 when he welcomed his third child, AbRam, with wife Gauri Khan.

In 2013 the lovely couple became parents through IVF surrogacy.

They are already parents to Aryan and Suhana. At 46, Aamir Khan embraced fatherhood for the third time. The actor and his second wife Kiran Rao announced the arrival of their son Azad Rao Khan, via IVF surrogacy, in November 2011.

Aamir has two children, Junaid and Ira, from his first marriage to Reena. 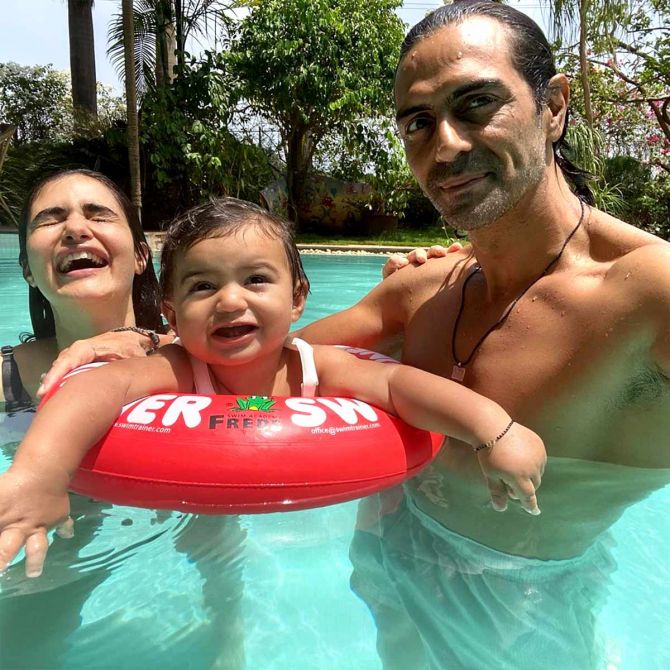 Arjun was 46 running on 47, and his South African girlfriend was 32. Sanjay Dutt was 51 when he became father for the second time. Sanju and wife Maanayata had twins, a boy and a girl, in October 2010. Prakash Raj -- actor and activist -- was 50 when he became a father.

The actor and his choreographer wife Pony Verma had a baby boy, their first child, in February 2016. The couple were blessed with their first born after being married for 11 years. After tragically losing his son, Satish Kaushik became a father once again after 16 years.

The actor-director and wife Shashi had a daughter, Vanshika, through surrogacy in 2012, when he was 56. 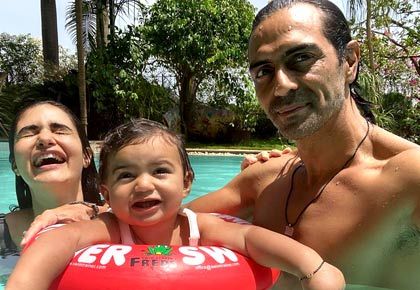