He's lived a star life, and likes to keep his fans updated about it on social media.

Namrata Thakker takes a peek into his glamorous life through his Instagram pictures. 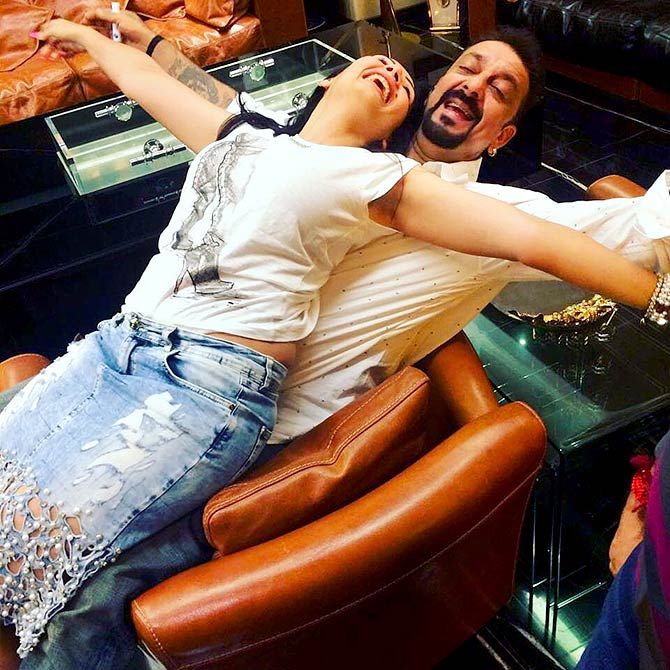 This picture of Sanjay Dutt goofing around with wife Maanayata at their Mumbai residence is absolute #couplegoals. 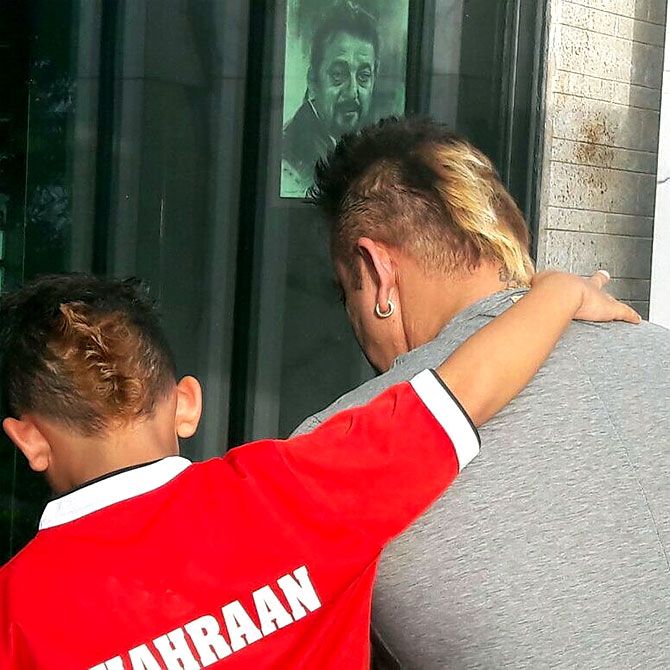 Twinning is not just about wearing the same clothes, it's also about flaunting the same hairstyle.

And we totally love the way Sanjay and his son Shahraan match up! 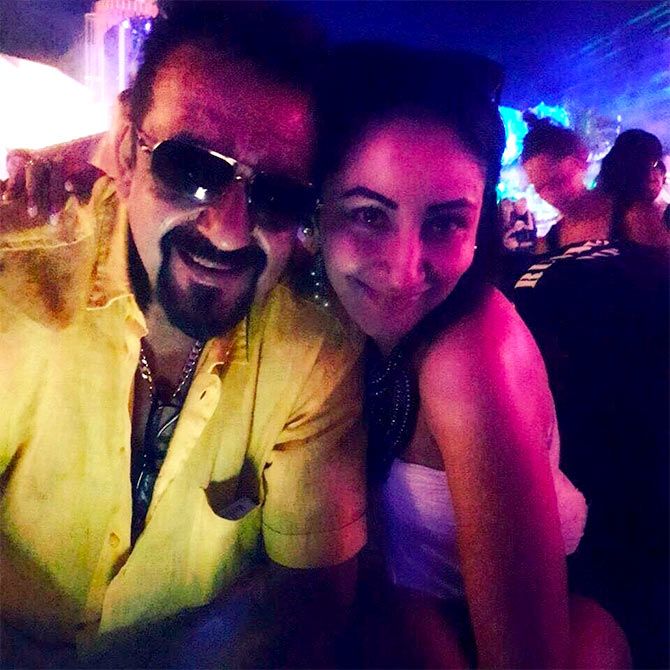 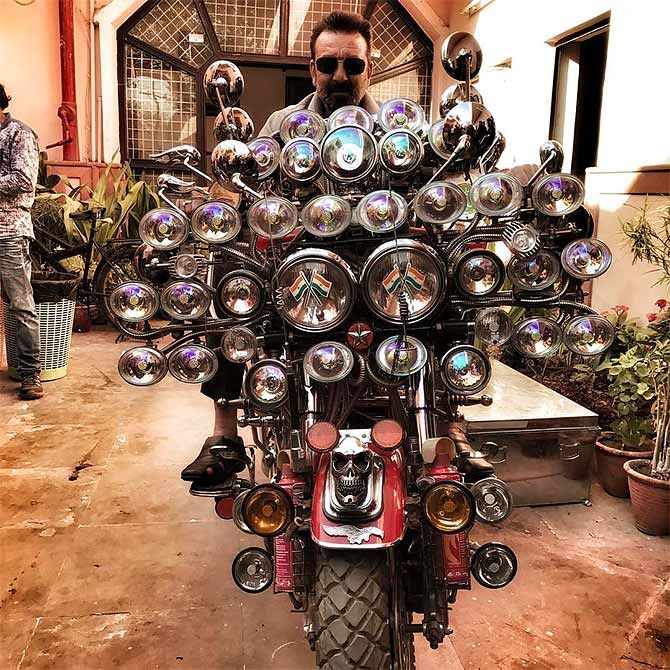 The perks of being a superstar -- you get to ride the meanest machine out there. 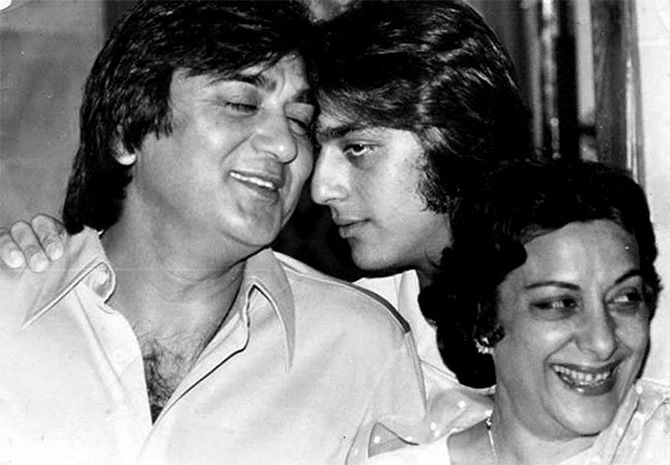 A throwback picture of the actor with his parents: The legendary Sunil Dutt and Nargis Dutt. 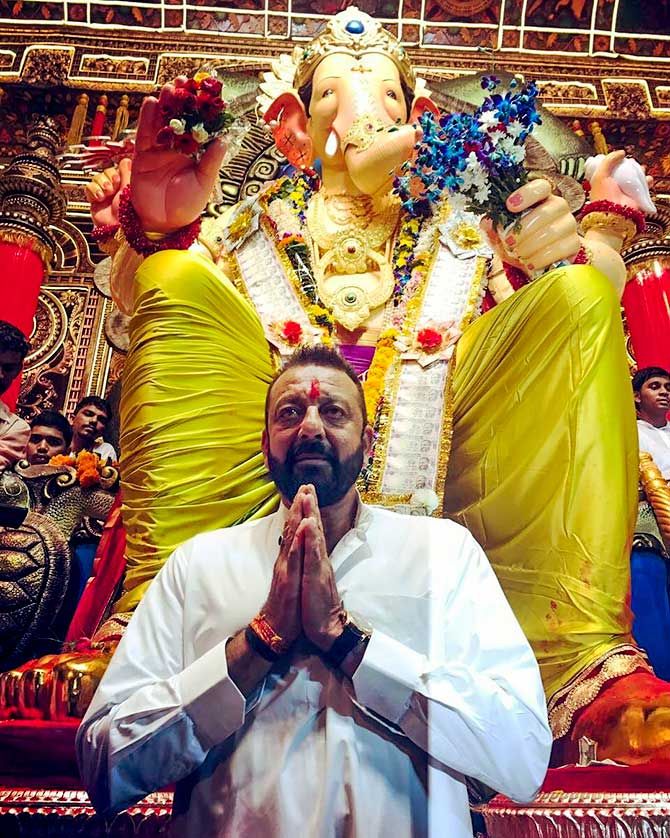 Dutt celebrates the festival of Ganesh Chaturthi by seeking the blessings of Lalbaugcha Raja in Mumbai. 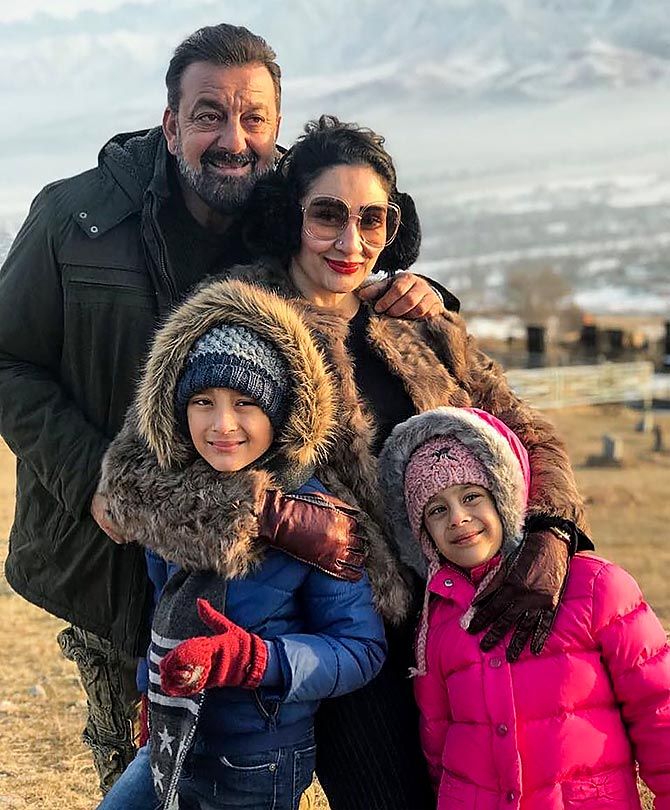 The Dutts holiday in Kyrgyzstan, and make the perfect family portrait. 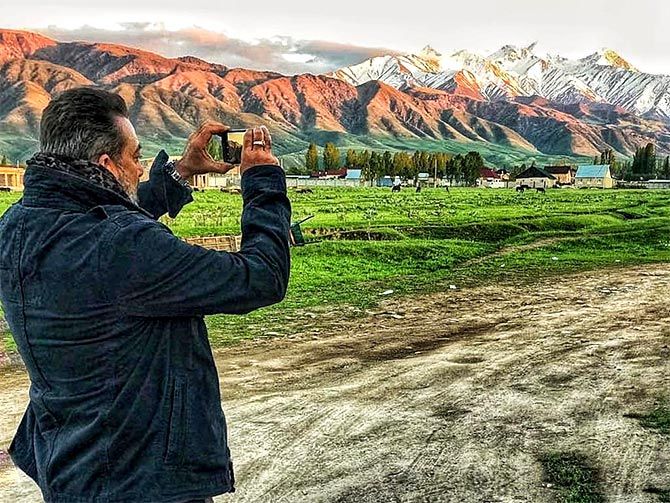 Sanjay tries to capture the beauty of Kyrgyzstan. 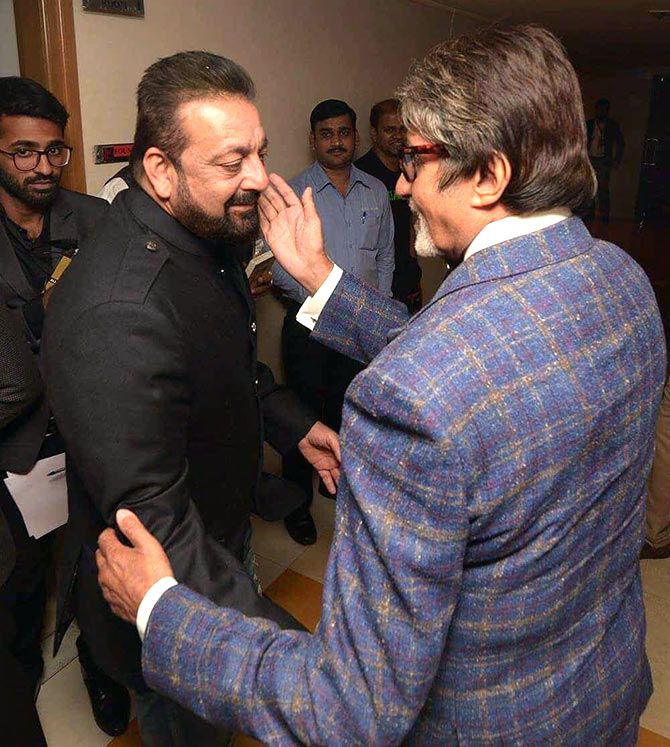 Caught candid: Munnabhai with the Shahenshah of Bollywood, Amitabh Bachchan. 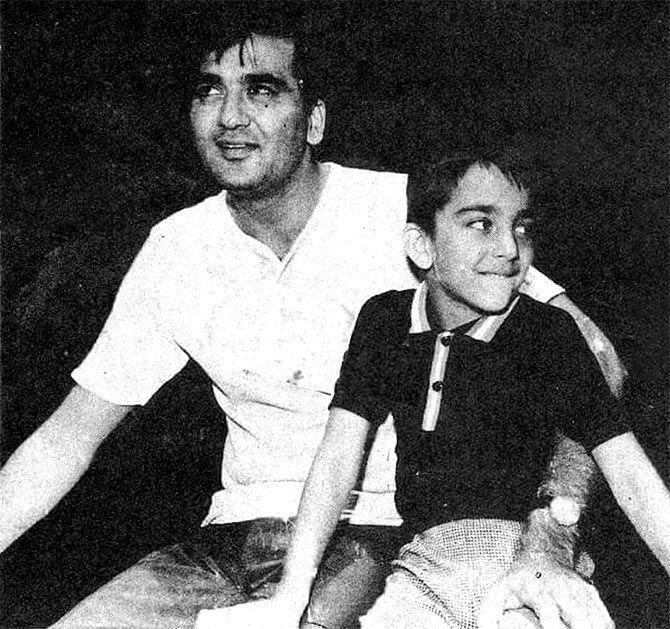 And that's where Sanjay Dutt gets his good looks from. 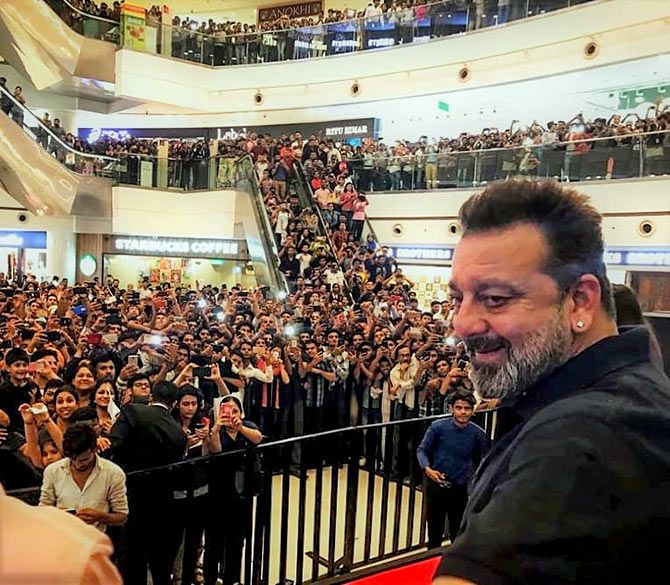 There is a reason why Dutt has been in the industry for so long.

His fan following is only getting bigger by the day. 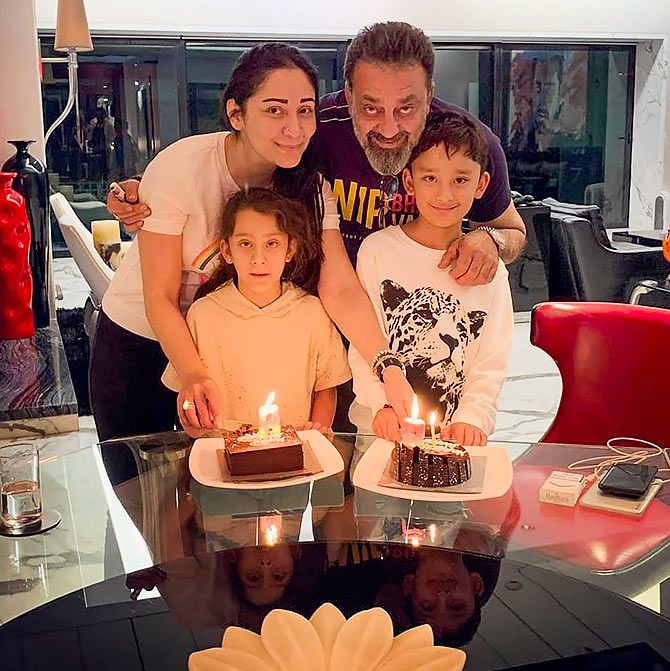 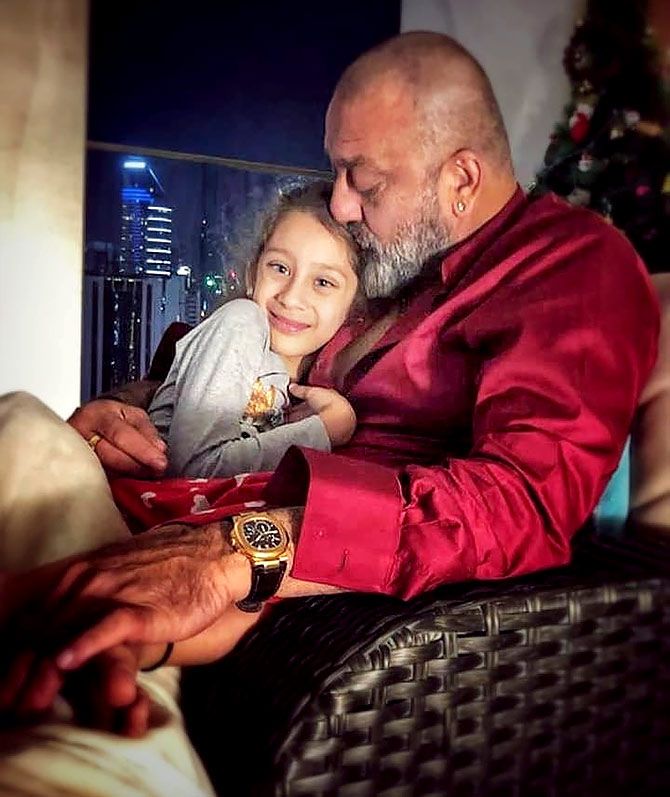 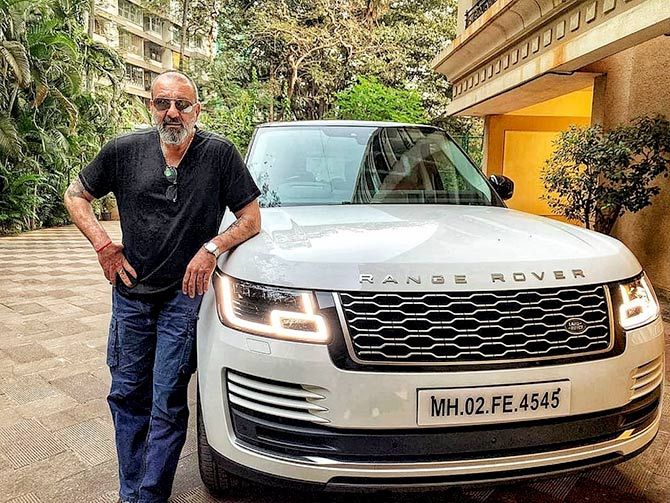 The Khalnayak actor poses with his latest prized possession, the mighty Range Rover. 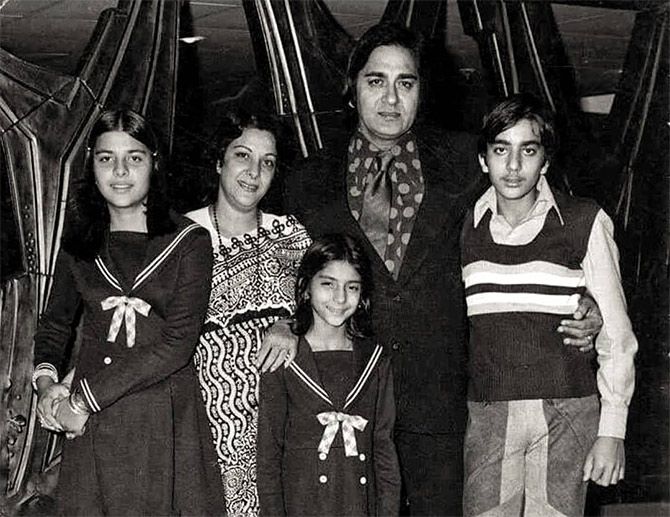 The Dutt family: Nargis and Sunil Dutt, with their kids, Namrata, Sanjay and Priya. 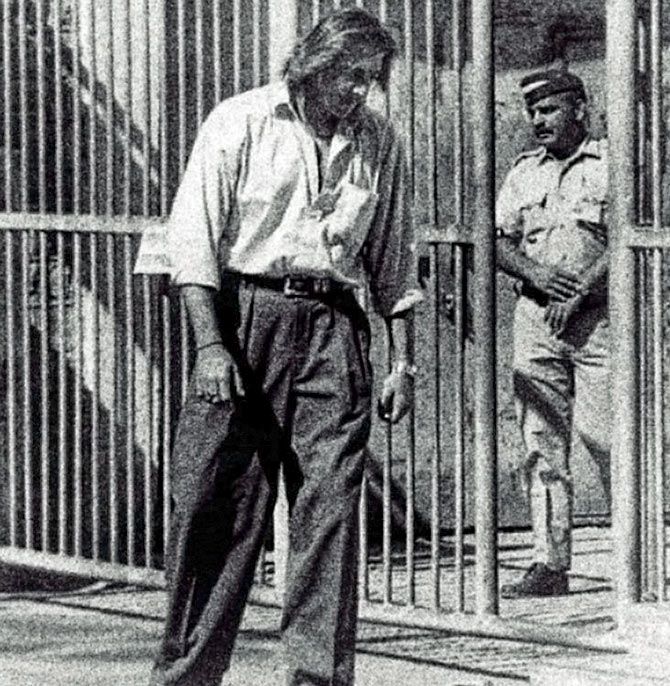 When Sanjay Dutt walked out of jail.

Sharing this picture back in 2016, the actor wrote, 'Long walk to freedom even for me, 23 yrs of a CAs, 5 yrs of jail, came out a winner because of my wife, kids, family, and most of all my fans, just a reminder to my wife, Mandela had a long road to freedom, even I did.' 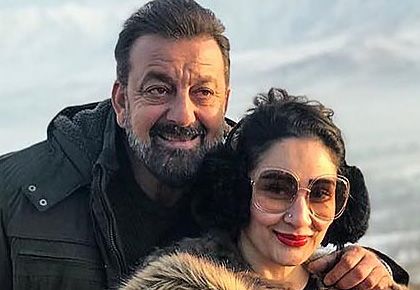