'I am working with him for the first time in Vikram.'
Subhash K Jha reports. 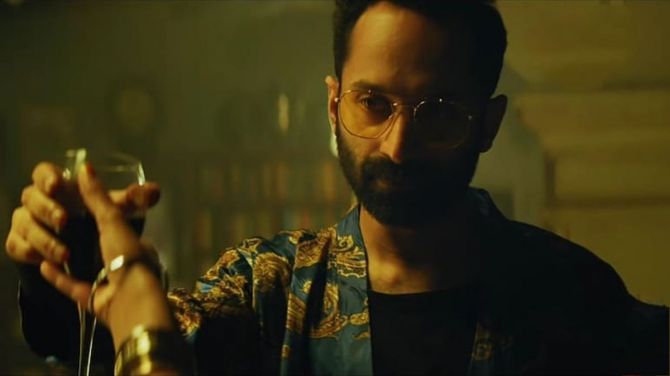 Fahadh Faasil has never had his plate so full.

The fantastic Malayalam actor completed two back-to-back films, Irul and Joji, which were released within two weeks of each another on the digital platform. His next film, Maalik, is scheduled to release in the theatres in May.

"There was C U Soon as well, which was released digitally last year (September 1). It's just a coincidence that so many films have come one after another," says Fahadh, admitting it isn't easy shooting during the lockdown.

Fahadh's portrayal in Director Dileesh Pothan's Macbeth-inspired Joji won rave reviews but he admits without hesitation that something went wrong with Irul.

"It didn't work out the way we had planned it. So many things went wrong. But a section of the target audience still liked it."

Fahadh feels digital and theatrical platforms are not mutually inclusive.

"Joji and Irul were made for the OTT platform. They wouldn't have worked so well in movie theatres.

"Maalik, which is about state-border politics, is designed for the movie theatres. I believe the OTT platform and theatre business have separate identities, separate lives."

In fact Fahadh is planning a version of C U Soon for the big screen.

"It will be made on a different scale, a much bigger canvas and will be shot at outdoor locations. The digital version of C U Soon was shot entirely indoors."

Fahadh is now all set to co-star with Kamal Haasan.

"I am working with him for the first time in a film titled Vikram. I've been asked not to speak about my role or the film. But no, I am not playing the villain."