'One of the reasons Jim Comey was fired was because he wouldn't pledge loyalty to Trump, which meant that whatever Trump is hiding would be dismissed or the investigations will be stopped.' 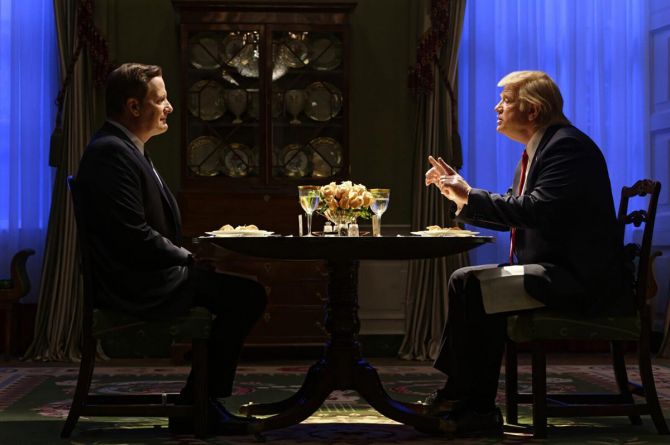 IMAGE: Jeff Daniels as then FBI director James Comey and Brendan Gleeson as Donald J Trump in The Comey Rule.

Hollywood star Jeff Daniels has come to be identified with politically complex roles, a brand that the actor says has helped him land great parts, be it The Newsroom, The Looming Tower or his latest role as former FBI director James Comey in the mini-series, The Comey Rule.

The drama, written and directed by Billy Ray, and based on Comey's book A Higher Loyalty, offers a withering look at Donald J Trump's presidency.

Daniels, a multi-hyphenate personality equally at ease in movies, on the small screen and the stage besides being an accomplished musician, said playing news anchor Will McAvoy on The Newsroom.

The Looming Tower is a series tracing the rising threat of al-Qaeda in the late 1990s. 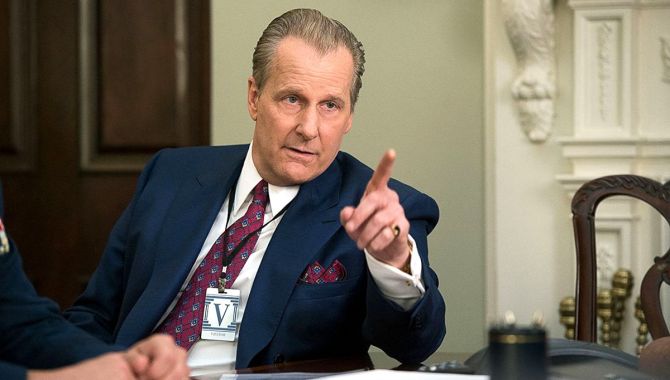 IMAGE: Jeff Daniels as John O'Neill, the FBI's top expert on Osama bin Laden, who was forced out of the Bureau and tragically died on 9/11 when the World Trade Centre's south tower collapsed, in The Looming Tower.

"Sometimes it's just coincidence, happenstance... I think it all stems from The Newsroom and to be able to handle (Newsroom creator) Aaron Sorkin's dialogue. That's a lot of work, and it's not easy, but apparently I make it look easy."

"So, I get more of that. It's kind of how Hollywood works. They want you to do what you did, just do it for them," the actor told PTI in a Zoom interview with international media.

Daniels, 65, said he was happy that film-makers trusted his ability to "handle a character's intelligence".

"Godless, Atticus Finch on Broadway and Jim Comey, those are all complicated, complex characters and frankly, I'm glad. If that's the brand, I'll take it," he added.

The Emmy winner said as someone who has been acting for a long time, he gravitates towards characters where one has to begin from the scratch.

"... Because I know if I don't know how to do it, two things will happen: I'll risk failure, therefore, I'll be motivated to succeed. I'll stay interested. I've been doing this a long time and if I were somebody who was playing the same character time and time again, I'd be out by this point," he said.

The actor said he read Comey's book to prepare for his role besides going through YouTube videos of "thousands and thousands of Jim Comey appearances" in Washington, the Senate hearing or "The Late Show with Stephen Colbert". 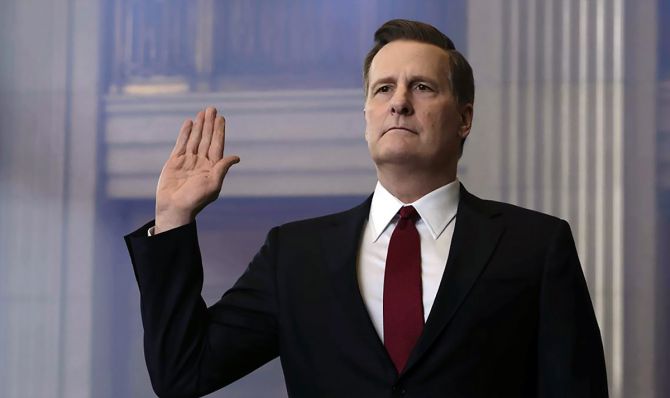 IMAGE: Jeff Daniels as James Comey in The Comey Rule.

Many critics have called The Comey Rule the portrayal of a nightmare or horror of a presidency.

Actor Brendan Gleeson portrays Trump in the Showtime series that drops in the US on September 27, weeks before the US presidential elections in November. In India, the show is set to air on Zee Cafe.

Like many Americans, Daniels said, he was critical of Comey's decision as FBI chief to reopen the investigation into Hillary Clinton's private e-mails just two weeks before the presidential elections in 2016, something that many view may have helped Trump win.

One of the highlights of the series is the dinner that Trump invited Comey to at the White House just after his inauguration.

Comey, who was in the process of formally investigating ties between the Trump campaign and Russia, has said the president had demanded loyalty.

Daniels said he had a better understanding of Comey's "apolitical position" after he portrayed him in the series.

"I found that he did things from an apolitical position, which in a politically divided America is like a foreign being. He was one of the first apolitical people to come forward and do things for those reasons. He never viewed things politically, he viewed the rule of law, what was right, justice and the integrity of the FBI. That was his North Star."

The actor said he now understands why it is important to have people like Comey serving in the government, adding that the series will help Americans understand something "that they think they know but they really don't". 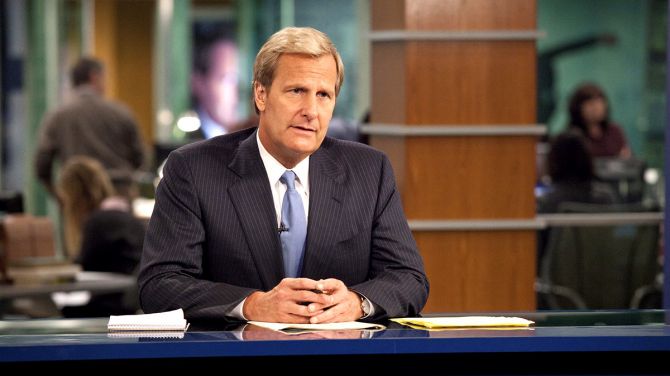 IMAGE: Jeff Daniels believes his performance as news anchor Will McAvoy in The Newsroom changed the trajectory of his career.

Daniels, like the rest of the country, is waiting for November 3, to see whether Trump wins another term in the office or not.

"I've always felt that Trump was hiding something. I think he still is and Jim Comey was one of the people that was tasked with finding out what that was, or still is."

"One of the reasons Jim Comey was fired was because he wouldn't pledge loyalty to Trump, which meant that whatever Trump is hiding would be dismissed or the investigations will be stopped."

"Under Jim Comey, that would not have been because he did not accept that. He did not say, 'Yes sir, you have my loyalty' and then behave accordingly. He did the opposite and got fired," the actor said.

According to Daniels, Gleeson, best known for playing a seasoned hitman in critically acclaimed indie In Bruges, essaying Alastor Moody in the Harry Potter films, and his Emmy winning turn as Winston Churchill in Into the Storm, was a great collaborator.

"There is no bull****, no drama. He comes in absolutely prepared. There is no rehearsal or running the lines and the next thing, we're sitting in that loyalty dinner scene, doing eight pages of Trump and Comey but mostly Trump. Brendan just nailed it."

Though both Daniels and Gleeson are playing real-life characters, the actor said their emphasis was not to resemble the people they were playing but rather inhabit their inner world.

"We didn't do a lot of what I call put ornaments on the tree. We had a hairpiece, a little bit of a vocal thing but other than that, nothing. I wanted you to read my mind. I wanted you to see Jeff, but see and hear Jim thinking. That's it, that's a film acting magic trick."

"Brendan did a similar thing, the hair and the suit and all of that was kind of secondary to the spinning of Trump's brain." 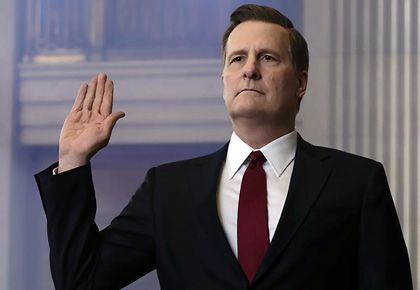