There are so many women we love on screen.

Subhash K Jha picks the women-oriented films that count among his favourites, and chats with the women who feature on them. Playing the kothewali with a pure heart, Sharmila Tagore brings to her character Pushpa a sense of sublime self negation and craving for unconditional love that makes her shower her motherly affections.

That Sharmila plays the woman whom men of all ages gravitate to in pursuit of some heavy duty nurturing is a very happy situation for the screenplay.

In the film, a seven-year-old boy and a 30-plus man desire the same kind of emotional attention from her.

This prostitute is not about sex.

She is about soul.

Sharmila brings to this timeless adaptation of Bibhutibushan Bandopadhyay's story, a kind of beauty that levitates the lyricism of the tragic but uplifting tale to the level of a supremely seductive saga.

Sharmila's character of a homeless, childless, woman who is tricked into a life of prostitution, is not just a mother-figure to the lonely and neglected near-divorcee Anand Babu (Rajesh Khanna) but she is also the woman the ill-treated neighbourhood imp Nandu (Master Bobby, who played pivotal roles in a number of films like Ek Phool Do Mali) keeps running to for solace and samosas, in spite of being punished by his stepmother (Bindu).

Shaktida (Samanta, Director) had made Kaka (Rajesh Khanna) and me see it. I quite liked it.

"It was more about the woman and her relationship with the child. I had recently become a mother (her son Saif Ali Khan was born on August 16, 1970), so it was relatively easy for me to do the motherly character.

"Kaka's role was to be done by Raaj Kumar but he (Rajesh Khanna) insisted on being in the film since he had done Aradhana with Shakti Samanta and me.

"Since Uttam Kumar had done such a fabulous job in the original, Shaktida made Kaka model his performance on the original.

"This was one of those films that turned out right. We were not looking at the box office. We felt emotionally connected to the characters. The film became a hit and it continues to be liked by new generations. That's the magic of the story.

"Also, a major reason for the film's success was R D Burman's music and Anand Bakshi's lyrics. The music and words carried the story forward.

"I remember the premiere of Amar Prem was attended by General S F H J Maneckshaw and the very next day (December 3, 1971) after the premiere, the 1971 War broke out." Playing the housewife whose idyllic life is burst when her husband informs her that he's leaving her, Shabana Azmi's Pooja echoed the plight of thousands of women across India who were deserted by their husbands.

"To this day, women, especially housewives, come up to me to tell me how much Arth matters to them," Shabana says.

"Arth came into my life after a string of duds, like Vishwasghat and Lahu Ke Do Rang. They were fairly big-budgeted commercial films," Director Mahesh Bhatt recalls.

"Arth was a personal statement on the man-woman relationship that shattered the belief that only a certain kind of formula works at the box office. I made Arth on the firm belief that any work which originates from a film-maker's heart inevitably connects with the aam junta. And it hit home in ways that shocked the industry, but not me.

"I was at the Plaza cinema in Delhi watching the film on the Friday it released. We were tense, since this was not the kind of entertainment the public was used to. The scene where the deserted wife (Shabana Azmi) rejects her husband (Kulbhushan Kharbanda) and walks away got a standing ovation from the so-called front-benchers.

"I knew then and there that our film was a hit.

"It was because of Arth that Rajshree''s Saaraansh, Rajendra Kumar's Naam and Mudra Videotech's Janam came my way.

"I think Arth worked well because it was an honest film. It was an autobiographical film. The film's emotional truth was sourced from my life's wounds. I think the audience connected with my honesty.

"Shabana Azmi and Smita Patil gave their very best to the film. Their rivalry was more a public perception than a reality. They respected one another's talent. They did not pretend to be the best of friends on the sets but they worked like professional actors of the highest calibre.

"Without Shabana and Smita, Arth would not have been what it was.

"People said Parveen Babi was emotionally affected because I had cannibalisd my relationship with her in Arth, but Parveen was genetically predisposed towards mental illness. To say that Arth was responsible for her breakdown was absurd.

"I wasn't affected by the accusations. How can the truth hurt the film-maker?" 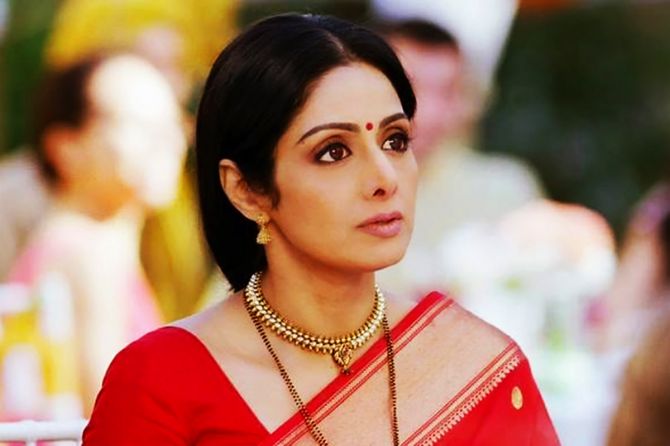 English Vinglish is a fabulous tale of a woman's self-actualisation.

Shabana Azmi used to do such films in the 1970s.

The issues in those films about unfulfilled wives were largely socially-defined: Infidelity, adultery, betrayal.

The betrayal of the unforgettable woman in English Vinglish is far less dramatic and therefore much more profoundly deep-rooted.

Shashi breaks up a little every time the three most important people on her life -- her husband, daughter and son -- crack up at her vernacular accent.

Then comes the chance for redemption.

A three-week vacation in the USA, a crash course in English and best of all, a chance to feel wanted and special when a classmate gives Shashi the attention she doesn't get from her husband.

This is the complete middle class woman's fantasy: Go out on your own and find happiness.

Debutante director Gauri Shinde won over the audience at the story-level itself. Then as a bonus, she proved herself a master storyteller.

Much of Shashi's inner power comes from Sridevi owning the role.

This actress simply vanishes into her character, living every breath of Shashi’s voyage from laddoo-making to self-actualisation.

"I could never imagine it would connect in such a way with people all over the world. It's a life-changing film," Sridevi had said about the film.

"My daughters were a part of my life when it happened. Of course, they had seen my films on television. But this is the first time I did a film that they saw happening. They liked what I did in English Vinglish. For me, that was the greatest happiness!

"My character in English Vinglish was something I could have never imagined playing. It just fell into my lap.

"The experience of playing Shashi Godbole was so beautiful. I am sure my children will show it to their children and proudly tell them that this is what their mother did.

"English Vinglish has given me so much respect. I am really thankful to the director Gauri Shinde and her husband R Balki. They blindly believed in me. It took me 15 years to do English Vinglish." 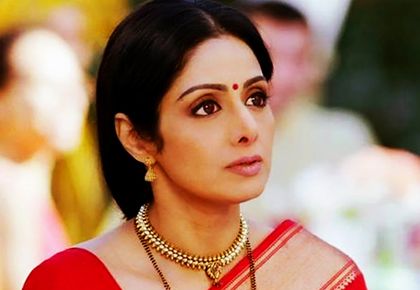 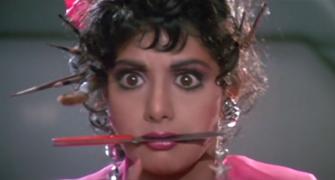 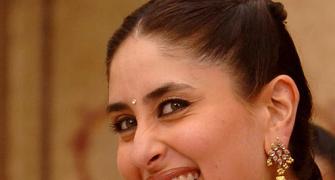 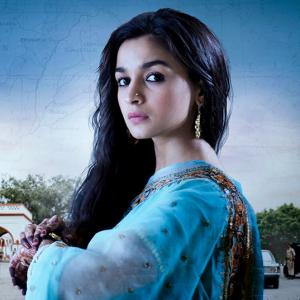