How Shammi Kapoor became a superstar

'After watching Elvis Presley, Shammi Kapoor decided to pick the rock and roll star's style itself.'
'Dada was the kind of producer who took a leap of faith and gave Shammi Kapoor the freedom to display himself as crazy, mad, rough -- all the charms of Elvis Presley -- in his films.' 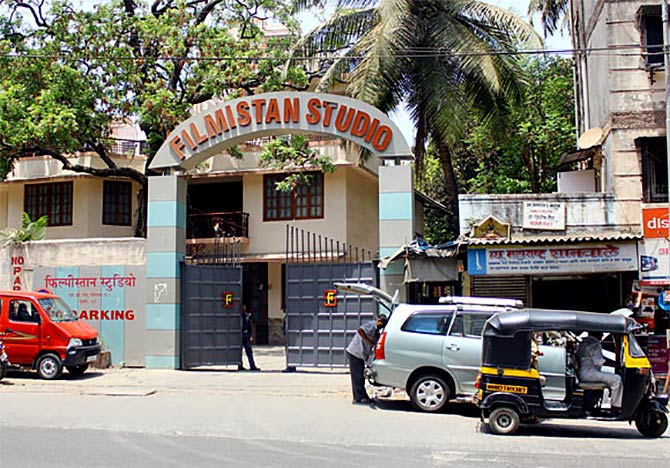 Do you know how Hindi movies were made?

How the studio system shifted to the star system, and how the big stars were born?

Do you know how Dilip Kumar and Shammi Kapoor became superstars?

Khwaabon Ka Safar, a television serial hosted by Mahesh Bhatt, has the answers, as it explored various film studios, right from the very first -- Prabhat Studios in 1929 to Filmayala (1958), when the studio era ended.

Its discoveries have been compiled in Khwaabon Ka Safar, a book published by Rupa Publications.

Khwaabon Ka Safar takes us through an incredible journey of Bollywood's landmark film studios, which gave us iconic stars and cinematic experiences.

Here, we present an excerpt about Filmistan studios, which was founded by S Mukerji, Kajol and Rani Mukerji's grandfather. 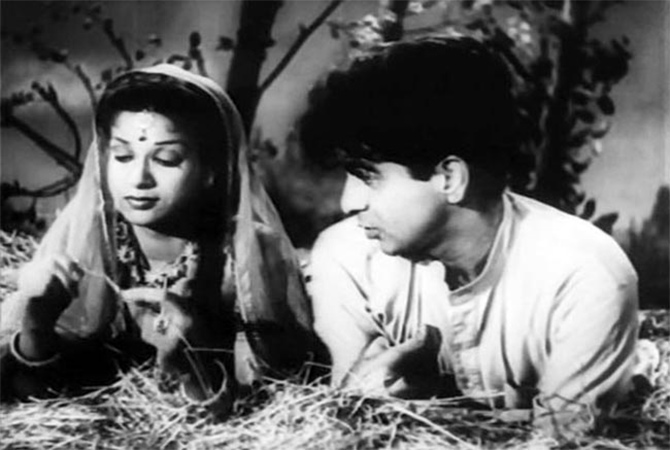 Many people believe this was the time when the birth of a star system took place in the Indian film industry and stars started asking for huge payments to work in films.

Known for its escapist cinema and gave birth to Hindi formula films.

Many big stars like Dilip Kumar, Vyjayanthimala and Kishore Kumar germinated from the studio. This is also where Shammi Kapoor's iconic style was born.

And the biggest pillar was a name now lost in the pages of history: Shashadhar Mukerji.

"People who worked for the studio were on a fixed payroll whether they would be doing three films in a year or four for the studio," Ajay Brahmatmaj reveals, "such was the norm."

But then came a star who began asking for high remuneration separately for each film.

"Dilip Kumar was the first to break the norm because he was in demand the most, and he knew that people were willing to spend their money on him," adds Brahmatmaj.

When Filmistan's big star Ashok Kumar left the studio in 1947 due to some internal reasons and joined Bombay Talkies, the studio had a major void.

Filmistan now needed a new star which was fulfilled by the rising star of the time -- Dilip Kumar -- who featured in the studio's 1948 hit film, Nadiya Ke Paar.

Tanishaa Mukerji recalls how Dilip Kumar was a regular visitor to their home. There would be queues of people outside the house. All the hopefuls would stand there asking for work in the studio's films.

Dilip Kumar stood in it too for days, without fail, until one day when S Mukerji spotted him and said, 'Come in.'

Produced by Filmistan in 1948, Shaheed earned Rs 75 lakh and became the biggest hit of that year.

With Shaheed, its hero, Dilip Kumar, became the biggest star of that time. Just as any good Hindi film has a twist, so did Filmistan Studios in the year 1950.

Shashadhar Mukerji sold his shares of Filmistan to Tolaram Jalan -- a successful businessman, who wanted to try his luck in films.

Mukherji took a break from films and went off to England.

Jalan took over the making of films at the studio.

"The reason which seems most plausible is creative tiredness," says Ajay Brahmatmaj. "Shashadar Mukerji probably got tired doing the same kind of work over and over again. Jalan was not a producer while Mukerji was a truly creative producer."

"Jalan's interest was purely in the money. It is unfortunate that whenever a businessman steps into this field, he feels that it is something which he can easily manage. But eventually he fails because the creative finesse can only come from a creative mind."

"With money you can buy talent, but cannot identify the better talents."

"A time came when all the studios were shutting down one after the other," Rono Mukerji adds. "Although in trouble, Filmistan was the only studio which kept running. Tolaram Jalan made eight flop films after buying the studio from S Mukerji, but he never complained. S Mukherji though was pretty disheartened by it."

How can someone whose life is bound to films stay away from it for long?

After two years, Shashadhar Mukerji returned, and once again connected with films beginning with Anarkali in 1953. It was the biggest hit of 1953.

"Anarkali was a fictitious character. There was never any empress in the Mughal empire whose name was Anarkali. Later on, people tried to find evidence and add things up, but could never find anything concrete," Ajay Brahmatmaj explains.

"But it was seen as an amazing love story. Moreover, somewhere that tradition was already coming along in Hindi films where a rich guy and a poor girl or a city guy and a village belle were often portrayed in love with each other."

"What was shown in Mughal-e-Azam was an extended portrayal of the same where an emperor falls in love with a courtesan."

The superhit Anarkali introduced two big stars -- writer Nasir Hussain, who went on to become a big film director; and the prominent Bengali actor, Pradeep Kumar, who attained stardom overnight in Hindi cinema with this film.

A good producer is one who knows how to reap benefits from past successes, and Shashadhar Mukerji did just that in Filmistan.

The studio repeated Pradeep Kumar in its next film, Nagin, which went on to become an even bigger hit than Anarkali.

"What Pradeep Kumar is remembered even today for is that the songs in his films always become very popular. How good an actor he was is a different matter," says Ajay Brahmatmaj, "but the fact is that he was a handsome man who looked good on screen. He was garnering recognition and had become a USP for Filmistan."

Rono Mukerji tells us that the film was a flop for the first three weeks that it ran at Liberty cinema.

"At that time, Mehboob (Khan) and (V) Shantaram studios were partners in Liberty Cinema. S Mukerji wanted to take the film off the theatres, declaring it a flop. Tolaram Jalan was the owner at that time, but he used to take Mukerji's advice. On that occasion, though, he said a firm no. And after those three weeks, Nagin became a bumper hit."

The famous actress of Tamil cinema, Vyjayanthimala, entered the industry through Nagin.

According to Tanishaa Mukerji, "The era of dancing heroines started from there and it brought about a new aspect to the leading actress. If you see Madhuri Dixit, she also became so successful because she can dance so beautifully."

"So, that was something introduced with Vyjayanthimala and that Indian audiences really connected with. It was a different way of portraying a heroine."

Success had now become a regular feature of Filmistan, but the studio reached the pinnacle of success in 1954.

That was not just a golden year for Filmistan, but was also very unique for the Hindi film industry because three films from the same studio -- Filmistan -- were amongst the top five highest grossing films of that year -- Nagin, Nastik and Jagriti.

It is interesting to note that just like Boot Polish, which released in 1954, Jagriti too had a message for the children of the country which came forth in the songs of the poet, Kavi Pradeep. 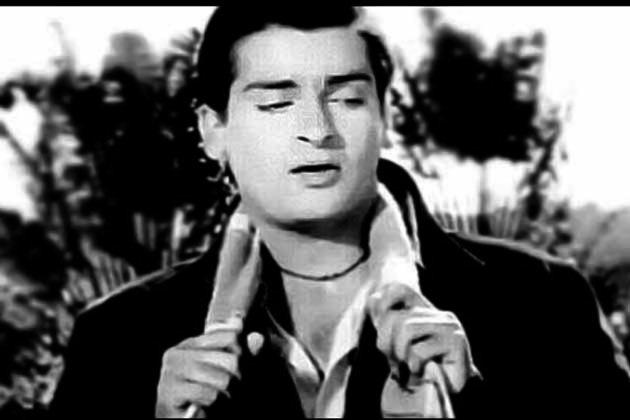 Born on May 15, 1931, Nasir Hussain had begun his career with Filmistan itself. He became a part of Filmistan in 1948, and after scriptwriting many hit films, he directed his first film Tumsa Nahin Dekha with the studio.

Tumsa Nahin Dekha went on to become a hit.

Tolaram Jalan wanted Tumsa Nahin Dekha to make a star out of the upcoming actress Ameeta, but destiny had other plans.

After Dev Anand refused to work in the film, it went to Shamsher Raj Kapoor, whom we know as Shammi Kapoor.

According to Ajay Brahmatmaj, "Shammi Kapoor came at a time when the empire was being ruled by Dilip Kumar, Raj Kapoor and Dev Anand, yet he found acceptance in the audience."

"After a few flops, he found his feet in the film industry as a hero -- the kind who was carefree, happy-go-lucky and didn't mind flirting with girls."

Breaking out of the fixed acting styles of the three stars of the time, Shammi Kapoor built a whole new grammar of acting and a big attraction to his performance was his unique dancing style.

"Dada had told Shammi Kapoor to create his own personal style," Tanishaa Mukerji tells us.

"After watching Elvis Presley, Shammi Kapoor decided to pick the rock and roll star's style itself. Dada was the kind of producer who took a leap of faith and gave him the freedom to display himself as crazy, mad, rough -- all the charms of Elvis Presley -- in his films."

For this new star's new dancing style, a different kind of music was required.

"O P Nayyar would make such songs that Shammi Kapoor would start dancing to them on hearing them only once, even if the film's production was yet to begin or the shoot was yet to start," Rajiv Vijayakar tells us.

"Kapoor was a rebel when he danced to those songs, in the sense that he would touch the heroine and even hold her during its sequences -- something that wasn't heard of back in the day."

Tumsa Nahin Dekha may have given Shammi Kapoor a platform, but it also marks a change in the destiny of Filmistan yet again.

It was the studio's last hit film.

Excerpted from Khwaabon Ka Safar With Mahesh Bhatt, with the kind permission of the publishers, Rupa Publications. 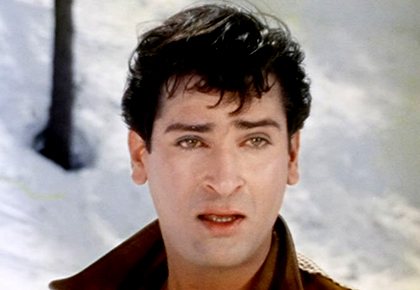 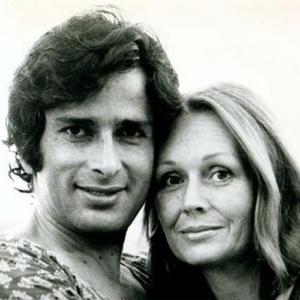 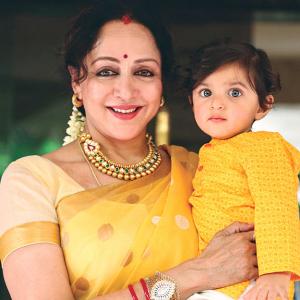