It is always fun when real life couples take their love on screen.

Surprisingly, there aren't many such precedents, as actresses usually stay away from the big screen after marriage.

Joginder Tuteja looks at couples who made an exception: 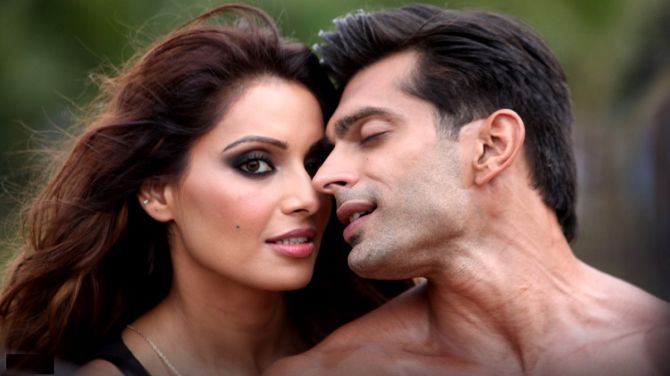 It has been four years since Bipasha and Karan have been married, but they took it easy when it came to their big screen outing as a married couple.

They will be seen in Vikram Bhatt and Mika Singh's production Dangerous, which has Director Bhushan Patel calling the shots.

Patel directed Bipasha and Karan in the 2015 horror film, Alone. 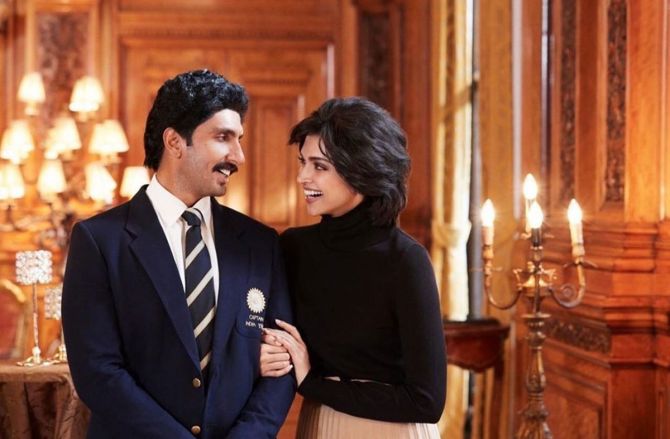 Had there been no lockdown, Deepika and Ranveer would have made their first big screen appearance after their wedding in Kabir Khan's '83, where they play cricket legend Kapil Dev and his wife Romi Dev.

Of course, they have been paired together multiple times before their wedding, in Sanjay Leela Bhansali's extravagant films Goliyon Ki Raasleela Ram Leela, Bajirao Mastani and Padmaavat. 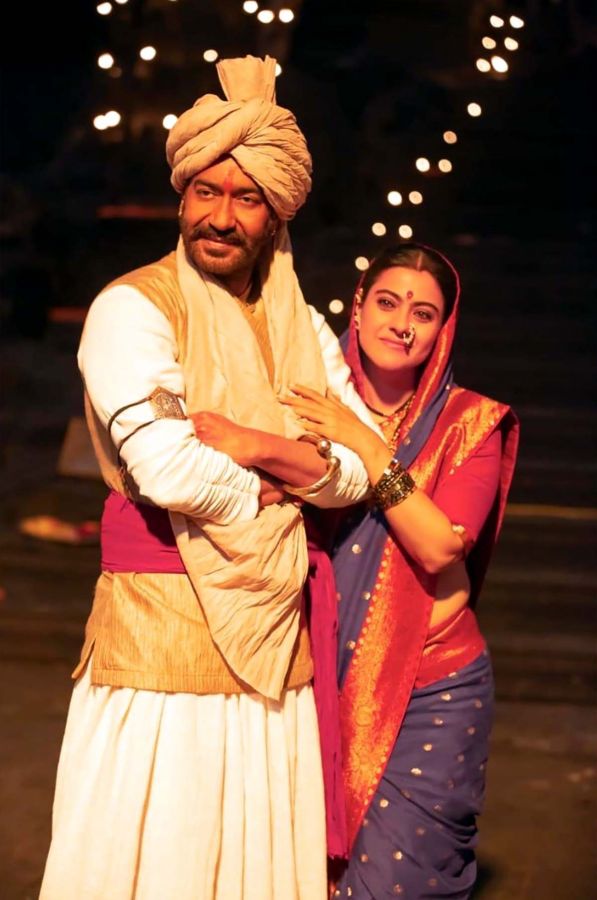 IMAGE: Kajol and Ajay Devgn in Tanhaji: The Unsung Warrior.

Kajol and Ajay are the only couple in the Hindi film industry who have worked in the most movies together after marriage.

They recently played a married couple in this year's big hit Tanhaji: The Unsung Warrior.

This is their only hit among the five films they did together -- U Me Aur Hum, Dil Kya Kare, Raju Chacha and Toonpur Ka Super Hero -- after their wedding. 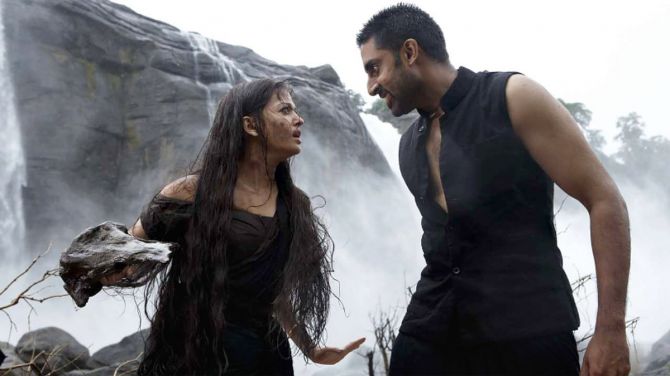 Just before their wedding, Aishwarya and Abhishek delivered a hit with Mani Ratnam's Guru.

But their films after marriage -- Sarkar Raj and Raavan -- did not work.

Kareena Kapoor and Saif Ali Khan were seen in Agent Vinod just before they got married.

After that, they have never oame together for a film even though both have been actively working in Bollywood.

Kareena did make a cameo in Saif's production, Happy Ending. 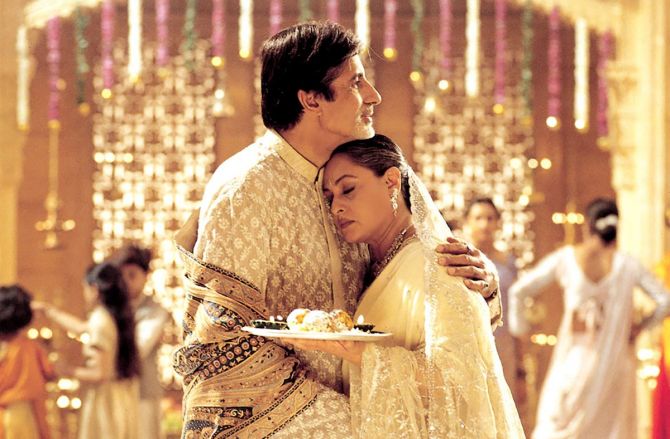 Jaya and Amitabh Bachchan did a couple of films after their 1973 wedding, but they are remembered most for Silsila amd Kabhi Khushi Kabhie Gham.

In between, they were also seen in the Bhojpuri film, Ganga Devi. Though Genelia took a break from acting, she has had cameos in her husband's films Lai Bhaari and Mauli. 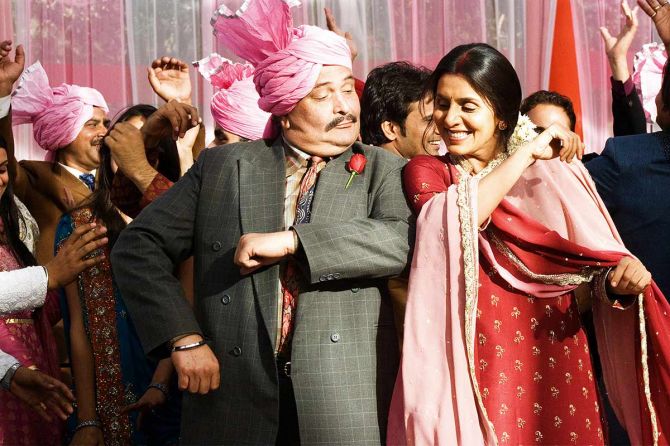 IMAGE: Neetu Singh and Rishi Kapoor in Do Dooni Chaar.

Neetu Singh took a break from acting after she married Rishi Kapoor.

Many years down the line, she returned to the movies and starred with Rishi in the critically acclaimed film, Do Dooni Chaar.

Their other film together, Besharam, featured their son Ranbir Kapoor, but it did not work. 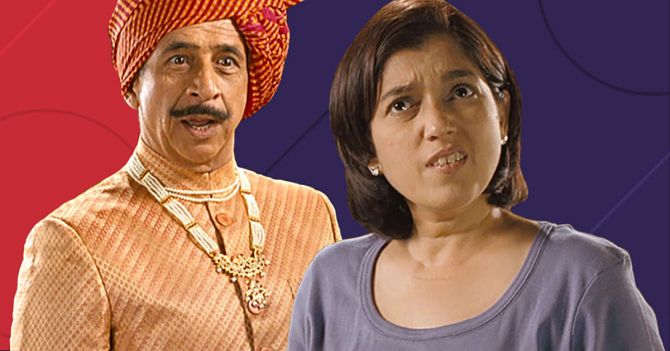 Naseer stayed inside his photo frame during the course of the film that launched Imran Khan, and entertained everyone with his wisecracks! 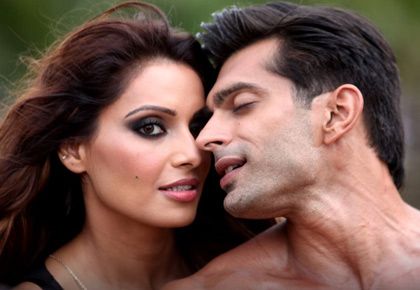