Bollywood's obsession with biopics is getting stronger with each year.

Movies based on sports personalities have done well at the box office, be it Mary Kom, Bhaag Milkha Bhaag or MS Dhoni: The Untold Story.

Many more are being added to this list like Ranveer Singh's '83 on India's historic first World Cup win and Harshvardhan Kapoor's biopic on India's only solo Olympic gold medalist Abhinav Bindra.

But the focus seems to be on Indian sportswomen. Directed by Amole Gupte and produced by Bhushan Kumar, the movie went on the floors last November after Chopra started prepping for her character.

Shraddha Kapoor had been roped to play the part, but opted out after filming the initial portions.

The Saina biopic is expected to arrive in theatres this year.

Is Parineeti the right choice? VOTE! Taapsee Pannu, who has been delivering back-to-back hits, is learning the nuances of cricket as she plays Mithali Raj in the sports biopic, Shabaash Mithu.

Mithali is a cricketing legend and a former captain of the Indian women's cricket team.

Shabaash Mithu is directed by Rahul Dholakia and will go on the floors later this year.

Is Taapsee the right choice? VOTE! 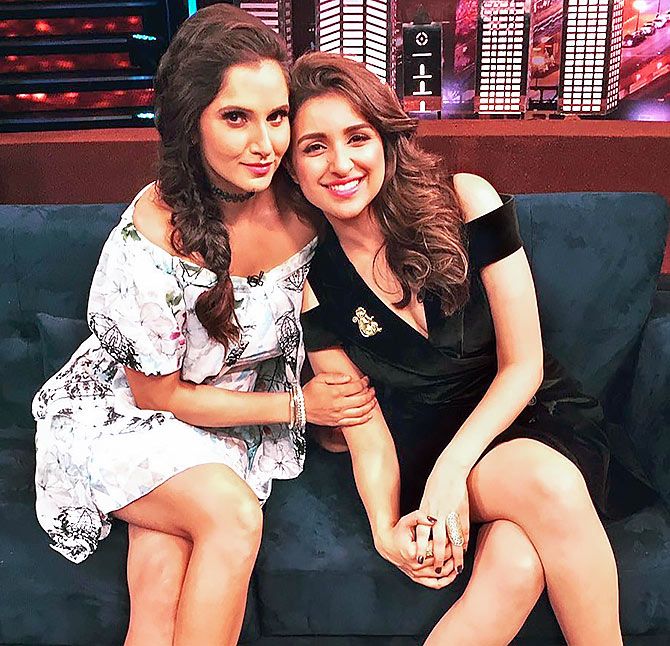 A biopic based on tennis legend Sania Mirza's interesting life and times is also in the pipeline.

Last year, Sania took to social media to announce that her inspiring story will be brought on celluloid by Producer Ronnie Screwvala. While the biopic is definitely happening, other details are not known.

So who will play Sania?

Sania may like good friend Parineeti to do so, but that may not happen as Pari is already doing the Saina Nehwal biopic.

Is Parineeti the right choice? VOTE! Another ace Indian shuttler whose biopic is confirmed is P V Sindhu.

After winning the silver medal at the Rio Olympics in 2016, Sindhu registered an historic win at the BWF World badminton championships last year by winning gold.

Sonu Sood will produce the biopic, but he is yet to lock the cast.

Sindhu feels Deepika Padukone -- who plays badminton well; after all, her dad Prakash Padukone is the first Indian to win the All England badminton title -- will do justice to her character on screen.

Is Deepika the right choice? VOTE! The 37 year old has many records to her name, including that of highest wicket taker in women's One Day Internationals.

The grapevine suggests that Anushka Sharma has been signed for the biopic.

Is Anushka the right choice? VOTE! 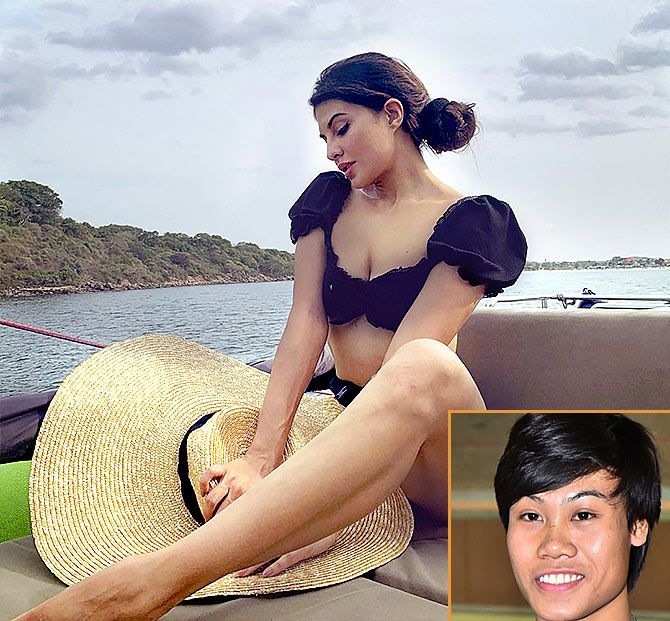 If rumours are to be believed, Jacqueline Fernandez will play cyclist Deborah Herold.

Hailing from the Nicobar islands, Deborah is currently training for the Tokyo Olympics.

Apparently, the script excited Jacqueline so much that she gave her nod immediately.

But it has been long since any update on the film has been heard.

Is Jacqueline the right choice? VOTE!