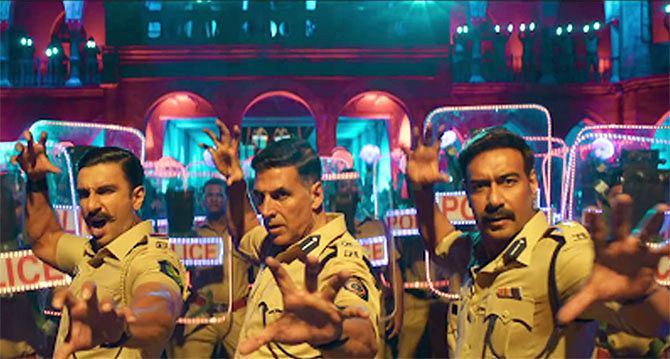 Bollywood has always had a big thing for the multi-starrer -- be it Mera Naam Joker, Sholay, Trishul, Kabhie Kabhie, Nagin, Jaani Dushman, Border, Kabhi Khushi Kabhie Gham, Kalank or the upcoming Takht. But there's something formidable about three heroes on equal footing as buddies, brothers or peers trying to make their mark in the same movie.

In Rohit Shetty's Sooryavanshi, which expands its super cop universe of Singham and Simmba, Akshay Kumar dons the khaki once again to share screen space with Ajay Devgn and Ranveer Singh.

Perfect occasion for Sukanya Verma to look at some other notable troikas in Bollywood's catalog of three hero vehicles. 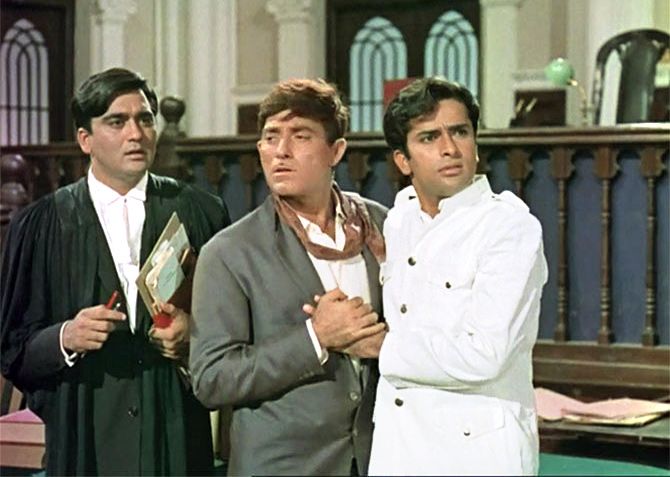 In Yash Chopra's star-studded trendsetter, Raaj Kumar, Sunil Dutt and Shashi Kapoor play three long lost brothers oblivious to their relation until destiny brings them together just as dramatically as it had split them apart. 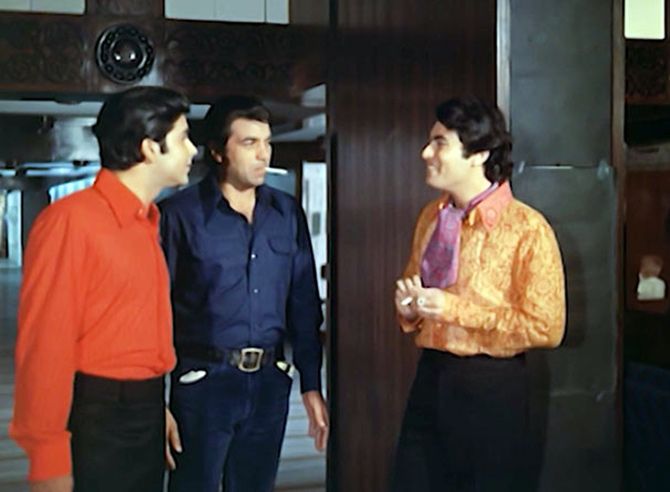 Waqt set the ball rolling for lost and found themes in Bollywood. It's most evident in Nasir Hussain's breathtaking musical which ropes in Dharmendra as the star face and estranged big brother to newbies Tariq and Vijay Arora. 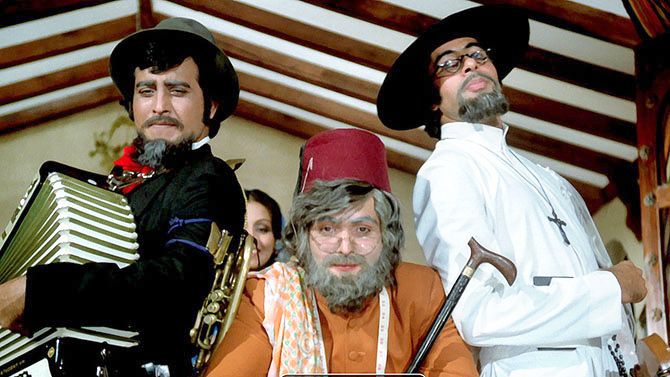 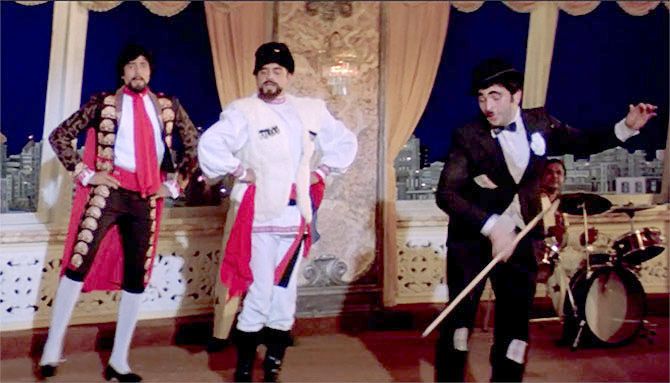 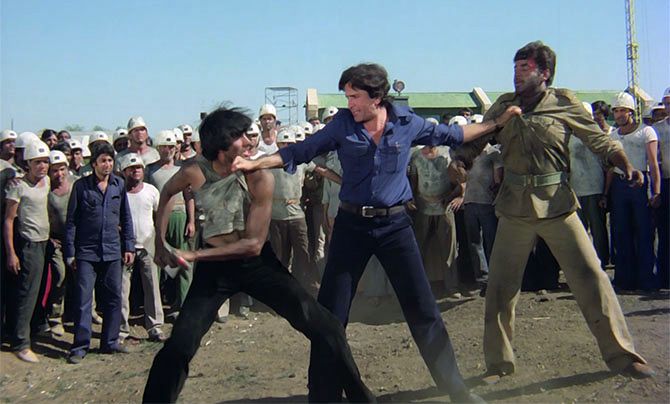 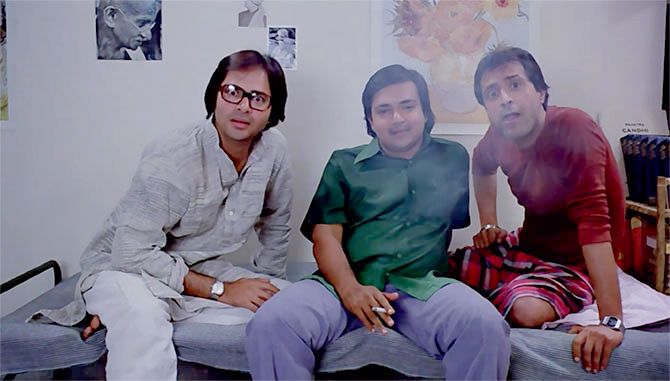 Besties and roomies Farooque Shaikh, Ravi Baswani and Rakesh Bedi's Siddharth, Omi and Jomo falling for the same girl leads to much hilarity and heartache in Sai Paranjpye's 1981 classic.

Subhash Ghai's Karma takes the Sholay route only instead of two it has Dilip Kumar's vendetta-seeking veteran appointing a trio of roguish convicts to take on the deadly Doctor Dang in Naseeruddin Shah, Anil Kapoor and Jackie Shroff's vibrant delivery. 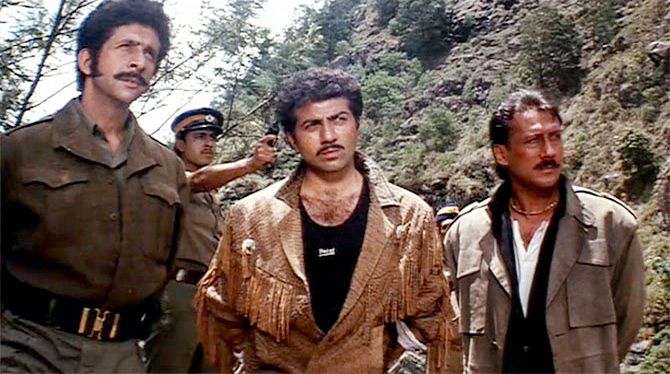 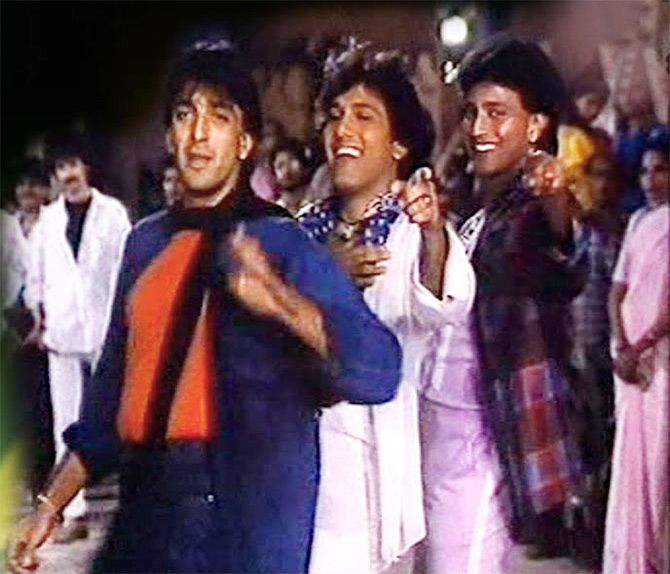 Bachchan's enthusiasm for three-hero projects shows once again in Mukul Anand's unabashed entertainer co-starring Rajinikanth and Govinda. Their charismatic bromance and distinct personality give Hum its zing and punch.

Mukul Anand cast Anil Kapoor, Jackie Shroff and Shah Rukh Khan as three brothers for the much hyped Trimurti. Let's just say it was no Hum.

The crazy trio of Akshay Kumar, Sunil Shetty and Paresh Rawal bring on the laughs in Priyadarshan's batty comedy about desperation, opportunity and wrong phone numbers. 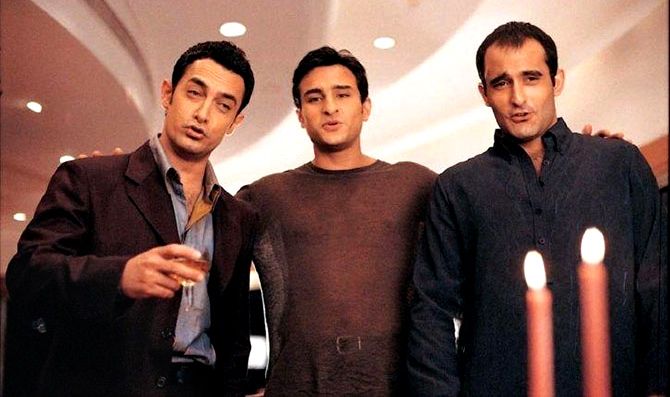 Mani Ratnam treads on three timelines until he converges them to tell the story of three young men from different walks of life and aspirations through Ajay Devgn's youth activism, Vivek Oberoi's American dream seeking and Abhishek Bachchan's misguided rebellion in Yuva. 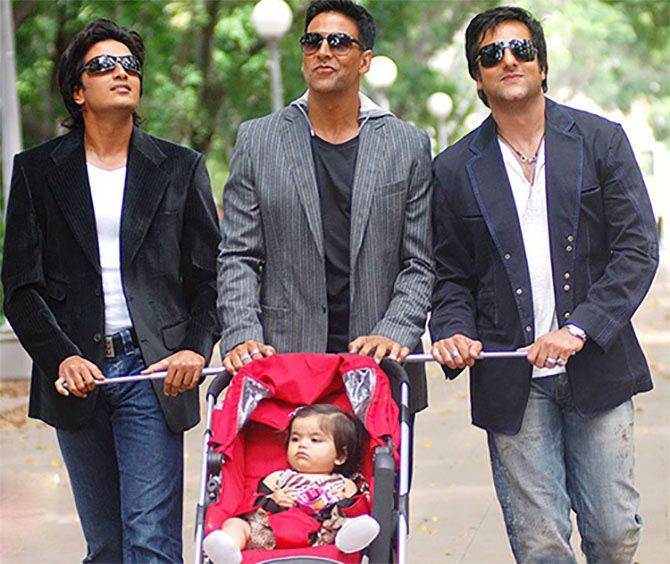 In this rehash of Three Men and a Baby, Akshay Kumar along with Fardeen Khan and Ritesh Deshmukh plays womanisers compelled to look after an infant they may or may have fathered. 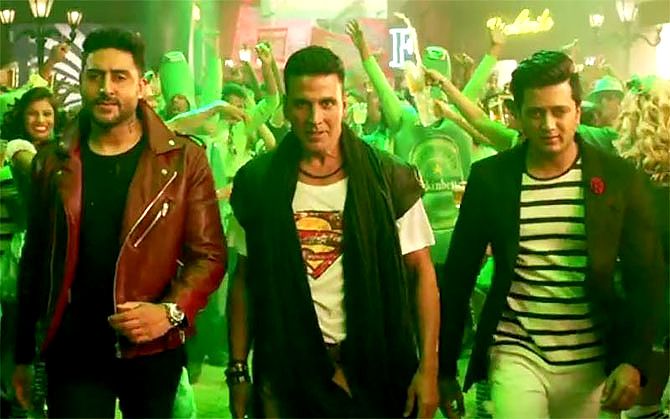 Crazy troika of Akshay Kumar, Abhishek Bachchan and Ritesh Deshmukh spark off birdbrained mischief in yet another installment of the Housefull franchise to laugh all the way to the bank. 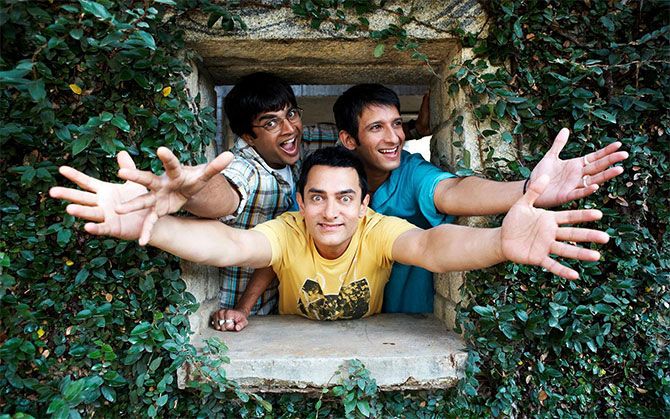 Aamir Khan, R Madhavan and Sharman Joshi are best friends and engineering students triumphing against all odds and an idiosyncratic principal in and as 3 Idiots. 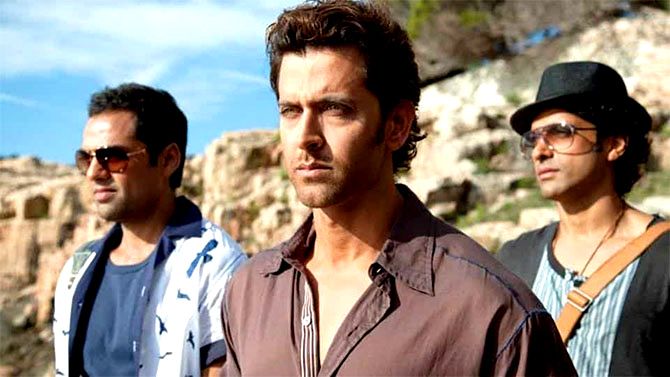