It seems that almost every actor is doubling up as a producer.

And now, the actresses are starting to make their own films too. 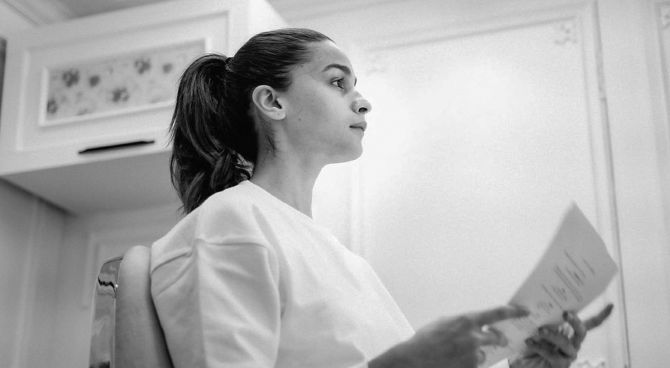 IMAGE: Alia gets ready for Darlings on the first day of the shoot. Photograph: Kind courtesy Alia Bhatt/Instagram

While one waits to see Alia in her Gangubai Kathaiwadi avatar, the actress has already moved on to her next project.

Alia will be seen next in Darlings, which she produces too.

One can expect her to excel in this new arena as well. After all, she comes from the family of Bhatts who have been making films for generations. Taapsee has started her own production house and aptly called it Outsiders Films, since she has made no bones about struggling to find her way into Bollywood due to the 'outsider' tag.

Her first film as a producer is Blurr, a psychological horror drama. Boys may be boys, but when Richa steps in as producer, one can expect the boys to take a backseat to the girls.

So, Richa's first production has been titled Girls Will Be Girls.

In fact, the film also has a female director: Shuchi Talati.

Richa launched her production house along with boyfriend Ali Fazal and named it Pushing Buttons Studios, as she hopes to push some buttons to get the right kind of content rolling. 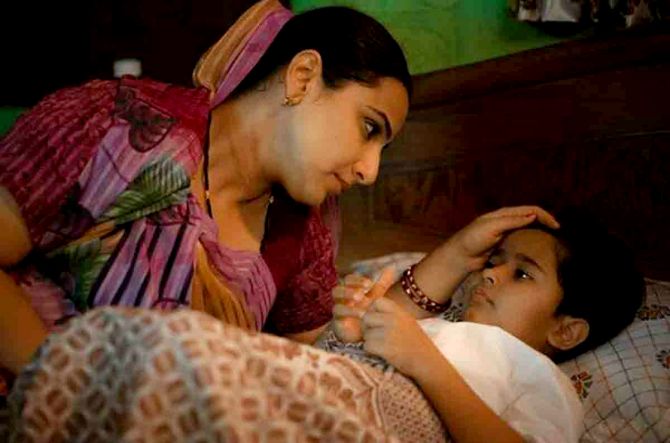 One would have expected Vidya to make the transition to a producer earlier.

After all, she does carry the sensibilities of trying different subjects and with Siddharth Roy Kapur as her husband -- who has been a successful producer for over two decades -- she would have learnt the ropes much faster.

Still, she's taking baby steps and makes her production debut with the short film Natkhat, where she plays a key part. Anushka is among the youngest actresses to get a production off the floor and even earn a good hit.

This was back in 2015 when Anushka, at the top of her game, produced and starred in NH10.

The film was a success and she followed it up with Phillauri and Pari.

Though Bulbbul, her made-for-OTT film, did not quite find many takers, her Web series Paatal Lok is among the best of 2020.

She has recently announced her next Web series, Mai, starring Sakshi Tanwar. Deepika made her debut as a producer with Chhapaak, which was one of the last films to arrive in theatres before the pandemic struck.

The film featured her in the central role and did fair business at the box office.

Up next up is '83, where she is one of the many producers of the film. She will also be seen as Ranveer Singh's on-screen wife in Kabir Khan's World Cup story.

But the one to watch out for will be The Intern, where Deepika steps up her game as producer and casts Amitabh Bachchan in the lead. Kangana has announced as many as three films under her banner Manikarnika Films.

She will play Indira Gandhi in Emergency, a film that she will direct as well.

Then, there is the love story, Tiku Weds Sheru, where Kangana pairs up with Nawazuddin Siddiqui. The film will be directed by Kangana's Revolver Rani Director Sai Kabir.

These films will start once she is done with the shooting of Dhaakad. When Priyanka turned producer five years ago, she had planned to make films across regional languages.

So she made award-worthy films like Ventilator (Marathi) and Pahuna (Sikkimese), among others.

She also co-produced films like The Sky Is Pink and The White Tiger.

She is currently making Sheela, the story of Sheela Ambalal Patel who went on to become Ma Anand Sheela, the spokeswoman of the Rajneesh movement and Osho's secretary. Expect this one to be a controversial affair. 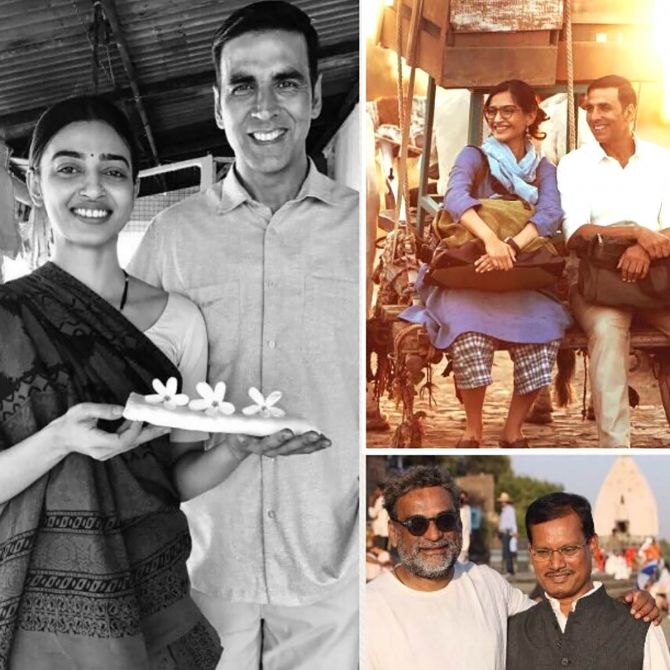 IMAGE: A collage of pictures from the sets of Padman. Photograph: Kind courtesy Twinkle Khanna /Instagram Shilpa produced just one film before saying goodbye to it.

She had made the action movie Dishkiyaaoon, starring Harman Baweja.

The film got delayed and by the time it released in theatres, Harman had already turned away from acting.

Shilpa had also done an item number, besides roping in Sunny Deol for a key part but audiences were not interested.