'Earlier I'd send money back home.'
'Now I've to take from them.'
'I'm completely heartbroken, scared for what the future holds.' 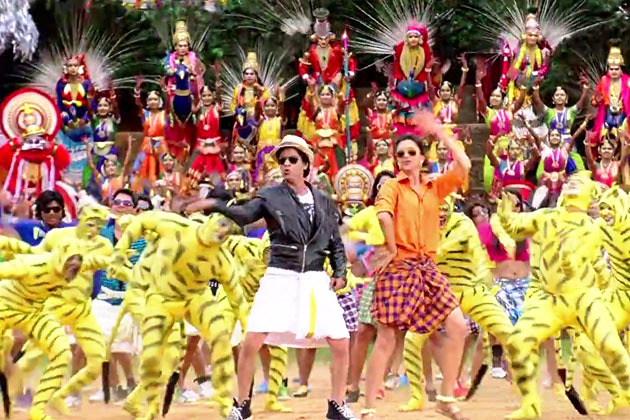 Look hard and you might still miss him matching Shah Rukh Khan step for step in the hit song Lungi Dance, but those were glory days nonetheless and they may never be back, says a despairing Tej Chandivale.

It's like the music has gone from the lives of hundreds of background dancers like Tej who provide a vital foil to the stars up front and are critical cogs in the song and dance wheel that keeps the mainstream Hindi film industry rolling.

With the lockdown getting extended and the elaborate dance sequences that gave them their livelihoods gone for at least the immediate future as film-makers weave social distancing into storylines, those like Tej are seeking financial help from the stars they prop.

There has been zero income for many with film shootings cancelled since March when the country went into a lockdown to avoid the spread of COVID-19, taking a toll on businesses everywhere.

Tej, a member of the 800-strong Cine Dance Association, said he was in the middle of rehearsing for a dance sequence for the film Bunty Aur Babli 2 at the Yash Raj Films studio when the lockdown was announced.

"The last payment I received was in March for this dance rehearsal, which was Rs 3,000," the 32 year old, who is the sole breadwinner for his family, told PTI.

He said he received another Rs 3,000 from Salman Khan in April and a coupon from Big Bazaar worth Rs 1,500 from Amitabh Bachchan.

And that's pretty much it.

He has received no money since.

He said he can't sleep at night because he has to take care of daily necessities and also an EMI for his newly purchased house in suburban Mumbai.

"It has been very difficult to survive with limited money in hand," Tej, who has been working in the industry from 2007, told PTI. 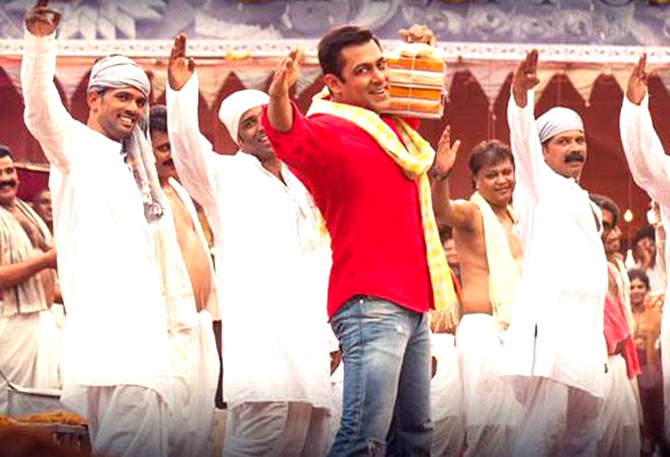 Opportunities have shrunk for background dancers over the years.

"When I started out I would do 20 to 30 movies a month. But now we hardly get 10 to 15 movies to do. When you start you get a lot of work and after that there are fewer opportunities," Tej, who has also been a background dancer with Salman Khan for the title song of Prem Ratan Dhan Payo, said.

Behind the glamour and glitter is a lot of hard work, anonymity and a short shelf life for many background dancers who earn between Rs 4,000 and Rs 4,500 for a day's work on a song. The shooting of a musical number takes two to five days.

Irregular income and dependent families back home make it hard for them to save for rainy days, they said.

Raj Surani, who is part of the CDA, said he decided to use social media to ask for help after many from his community reached out to him for help.

He initially helped a few, but had to put out an appeal on social media for help when the numbers kept increasing.

"Initially, 10 to 20 people came asking for help. Then the numbers kept increasing. That's how the idea came to share their plight on social media," Raj, who started as a background dancer in 2001 and now works as a dance coordinator, told PTI.

He plans to open a trust in the near future for dancers to offer financial assistance.

His video on social media has captured the attention of Bollywood choreographers like Remo D'Souza and Bosco as well as production house Dharma Productions and rapper Raftaar who have committed to support background dancers.

Remo, who also started as a background dancer, said the situation is grim.

"The situation as we all know is very bad and the industry will not open anytime soon. Even when they do, songs, I think, will be the last as dancers mean a big crowd. We all need to help them and stand by them as they not only need to survive but also maintain themselves physically," Remo told PTI.

Raftaar said he, too, wanted to help.

'I've been a part of the dance community and understand well the problems they might be facing due to this lockdown. I wanted to help in whatever way I could and give back to the community that gave me my identity today,' Raftaar said in a statement.

"Life was anyway tough and it has become tougher," said Qurnaliya Lovett, who left Nagpur for the city of dreams to pursue her passion for dance nine years ago.

Qurnaliya, who was shooting for a song in a south film when the lockdown was announced, is hoping the government will step in to help.

"Most of us in this industry are from outside Mumbai. There is no income, making it difficult for us to sustain ourselves financially. Besides the daily basic expenses, we have rents to pay to landlords unwilling to understand our problems," Qurnaliya told PTI.

The 31 year old said a background dancer earns about Rs 4,500 per day for a song. For dance rehearsals, they are paid Rs 750 per shift.

"From 4,500, some deductions are made and we only get Rs 3,900 to 4,000 in hand. There are instances when the payment is delayed by a month or two. In the case of a big film recently, which flopped badly, we received money after seven months," she said.

Bhavna Mali, who belongs to Kolkata, said she is toying with the idea of going back to her hometown given the uncertainty.

"There's absolutely no work right now and I don't know when we will shoot again because we can't dance in isolation. Even if it starts, I don't know how we will operate," she says.

"Earlier I'd send money back home. Now I've to take from them. How the tables have turned! I'm completely heartbroken, scared for what the future holds," says Bhavna, who has mostly done stage shows, award functions and TV shows. 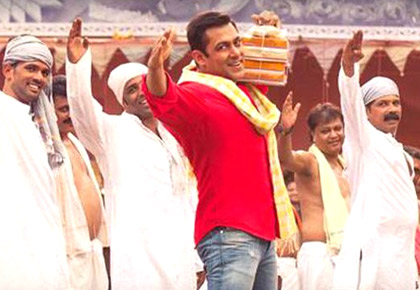 Komal Panchamatia
© Copyright 2020 PTI. All rights reserved. Republication or redistribution of PTI content, including by framing or similar means, is expressly prohibited without the prior written consent.