'I told him, "Balu, you have to get out of the hospital. We have to do a lot of programmes together".'
'When I kissed him on his forehead, tears started rolling from his eyes.'
'I wiped the tears away and prayed.'
'I didn't know that was the last time I was going to see my friend alive.' 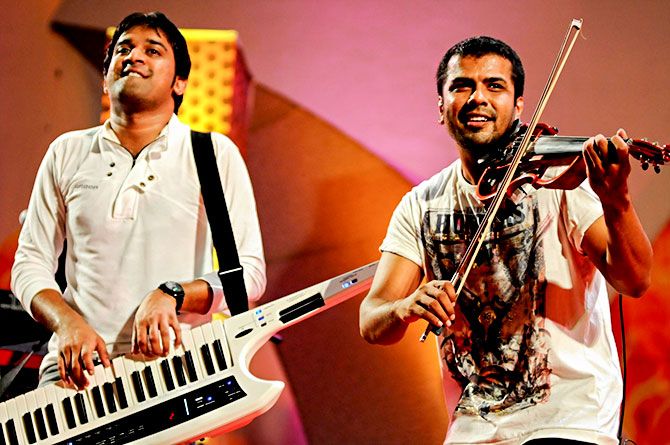 Balabhaskar died on October 2 after suffering a cardiac arrest.

Keyboard player Stephen Devassy and Balabhaskar were inseparable friends. But one decided to go leaving the other all alone in their musical journey.

An emotional Stephen recounts his last meeting with his dearest friend to Rediff.com's Shobha Warrier.

I think it was in 2004 that I met Balabhaskar for the first time. I was a participant in a music show and he was one of the judges.

He appreciated my performance a lot, and that was the beginning of our friendship.

He was so appreciative that he started inviting me for his programmes. He was only three years elder to me, but had established himself as a musician at a very young age itself.

He was a true legend, a great musician.

For a person like me who is from a family that has no background in music, wholehearted support from an acclaimed musician like Balabhaskar meant a lot.

I owe a lot to him in my music career as I got accepted in the field after Balu took me under his wings and we started performing together.

If not for Balu, who was a very well-known and established figure in the non-film music scene, I would not have been able to enter the field at all. 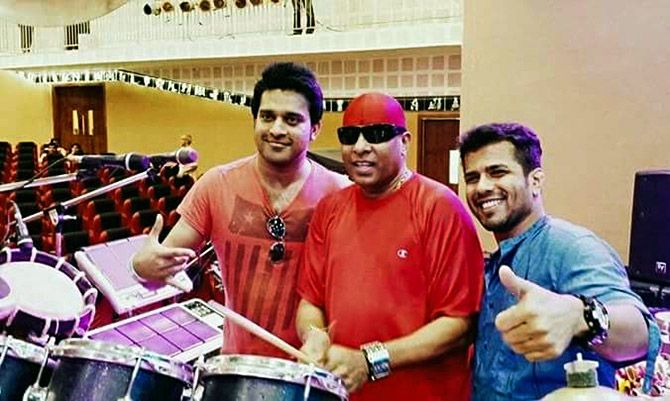 In 2007-2008, after I started a band of my own, we started doing shows together, a kind of jugalbandi. Initially, he started coming as a guest for my programmes.

Soon, our banter and the competition we had on stage became a huge hit with music lovers, and many people started inviting us for award shows.

Our jugalbandi became a success not only in Kerala but throughout south India.

Our musical relationship turned to a strong friendship off stage and that reflected on stage. I think that was our success.

We shared the same room when we travelled, so you can imagine how close we were as friends.

There was nothing that we did not discuss; we discussed God, the philosophies we believed in, our music, our careers.

We spoke openly about our personal lives. There were no boundaries between us.

After my marriage, we had to go for treatment to have a child. When we had our child, I insisted that he and Lakshmi also meet the same doctor. We were so close that I could take the liberty to advise him on such a very personal decision.

That was how, after 15 years of marriage, they had their first child.

After she was born, he was immensely happy and felt a kind of completeness in his life. It had a positive impact on his music too. 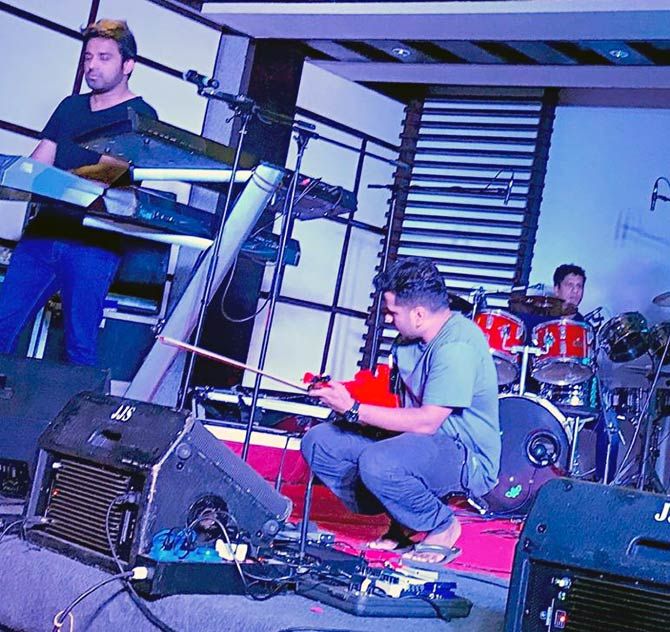 Our calendar was full with shows planned for the coming months, from October till early next year when this tragic accident happened.

I was with Balu one afternoon and the same night, he left all of us.

I spent around an hour with him in the ICU when he was a bit conscious.

I held his hands and spoke to him on what we should do after he came back from the hospital, the shows we had to do, the songs we had to create...

I told him, 'Balu, you have to come back. You have to get out of the hospital. We have to do a lot of programmes together.'

'You have to fight. All of us are waiting for you..'

He then asked where Lakshmi was. I said she was waiting for you outside. She only had small bruises.

He nodded his head and whispered, 'Sure. Thank you'. 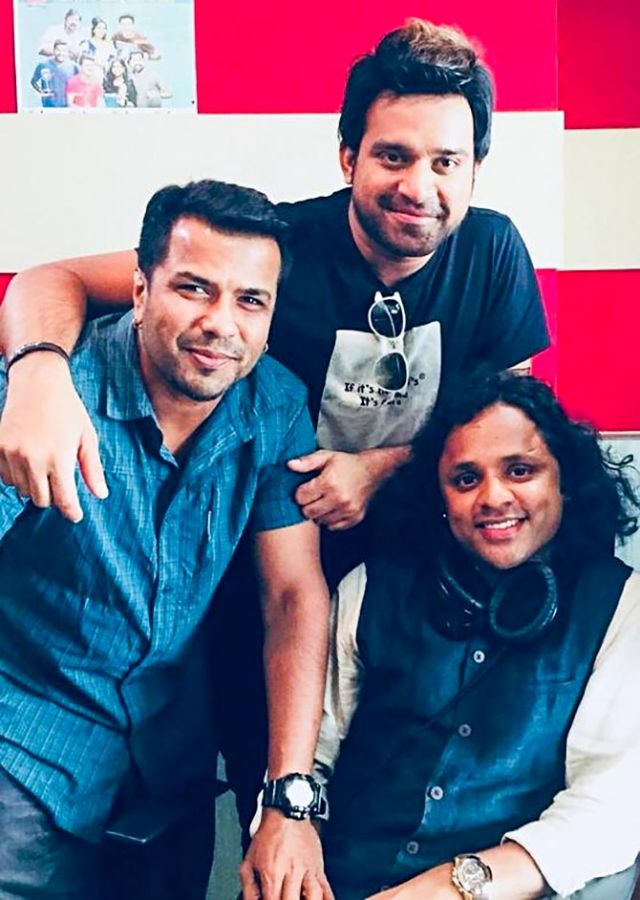 I wanted to encourage him to fight and come out. I went on talking about our future plans, our new compositions and what we could do together.

When I said our entry next time should be something different, he smiled.

I massaged his hands and legs which were quite cold and lifeless.

When I kissed him on his forehead, tears started rolling from his eyes.

I wiped the tears away and prayed with my hands on his head, I prayed for his recovery. Before every programme, we used to hold our hands and pray together.

His doctors were surprised to see the way he responded to my presence and talk.

They asked me to send audio messages every day. They felt it would help immensely in his recovery.

When I asked him to smile and laugh, the typical Balabhaskar laugh, he smiled. I promised to come and talk to him every week.

Before leaving, I gave him a final kiss on his forehead. I didn't know that was the last time I was going to see my friend alive.

He broke the promise he gave me and decided to leave all of us that night... 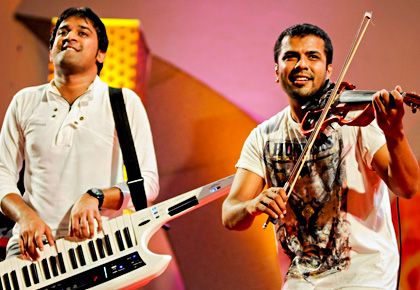