There was no drama, no applause, no tears, no laughter. The 79th Golden Globes had indeed lost its lustre, says Aseem Chhabra. 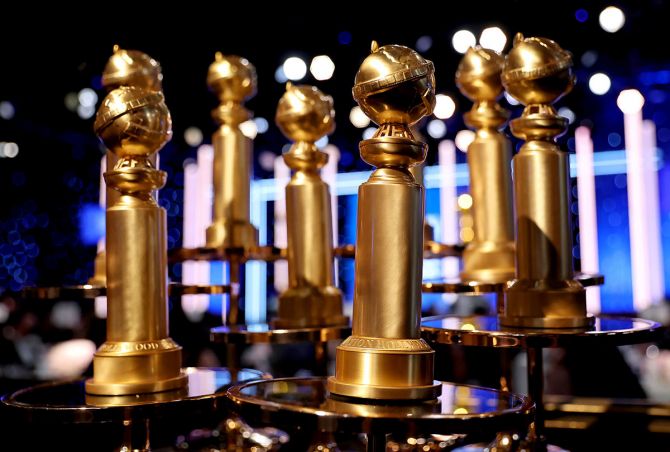 There was no red carpet, no opening monologue by Ricky Gervais and no orchestra playing overtures as the winners’s names were announced and they walked up to the stage.

Will Smith did not show up to receive his Best Actor trophy in the Drama category for King Richard; neither did his counterpart Nicole Kidman for her role as Lucille Ball in the film, Being The Ricardos.

We did not hear a moving speech by Kate Winslet when she won the Best Actress award in a Limited Series or Motion Picture for Television for her performance in Mare Of Easttown.

When Jeremy Strong’s name was announced as the winner of the Best Actor in a Drama Series, the camera did not pan to show the face of Brian Cox, who plays Strong’s tough father in Succession and was also nominated in the same category.

Instead, we were presented with simple slides with names and pictures of the winners on the Golden Globes site and in a string of tweets.

These were just cold, matter-of-fact slides, without the drama, the applause, the tears and the laughter. The 79th Golden Globes were held at its regular home -- the ballroom of the Beverly Hilton Hotel -- but it was a completely scaled-down event without an audience and a host.

Last summer, NBC announced it will not air the show, following months of controversies and an in-depth investigation by the Los Angeles Times which showed that the parent organisation of the Globes -- the Hollywood Foreign Press Association -- had committed major ethical and moral irregularities.

The show’s 2021 broadcast ratings were the lowest since it started being televised.

The ratings averaged around 5.4 million viewers and a 1.2 rating in the key demographic group of 18-49 year olds; this was a 60 per cent decline as compared to 2020.

NBC said in its statement that they knew the HFPA was committed to change, but that would take some time. The drop in rating was too dramatic to continue the show, at least for the time being.

In the era of #BlackLivesMatter, it became more than apparent that the Globes often did not recognise actors and filmmakers of colour, especially African Americans. And the association made up of Los Angeles-based journalists who wrote for foreign press had no black members.

The HFPA promised reforms, including adding 13 black members, but it was too late.

In April 2021, Deadline reported that an HFPA member and former eight-term president Philip Berk had sent out an email that declared #BlackLivesMatter is a 'racist hate movement'.

The show died after that but the HFPA still decided to announce this year’s winners. I am a sucker for awards shows.

I love to see glamorous gowns on the red carpet, nominated stars giving nervous soundbites, sometimes kidding and, at other times, making embarrassing statements they would later regret. It is at these award shows the stars are most human, when they laugh and sometimes break down and cry.

That is what the always cheerful and comical Tom Hanks did when he received the Cecil B DeMille Award in 2020, pictured above.

He initially made small jokes but the moment he started giving his speech, he choked as he said, 'A man is blessed with a family sitting down front like that. A wife who is fantastic in every way who has taught me what love is. Five kids who are braver and stronger and wiser than their old man is.'

One of the best speeches was in 1996, when Emma Thompson accepted her Best Screenplay award for Sense and Sensibility by reading a report the novel’s writer Jane Austen could have written of the film's director Ang Lee: 'An enchanting companion about whom too much good cannot be said, Mr Ang Lee, of foreign extraction, who most unexpectedly appeared to understand me better than I understand myself.'

This year’s winners will be thrilled with their trophies and Hollywood’s marketing teams will start announcing the Golden Globes wins in their Oscar campaigns.

But there always will be doubt.

Will Smith deserved his trophy, and the HFPA always tend to favour big name stars, especially in times when the show is broadcast across the globe and ratings matter.

But this year, Smith’s win over the critical favourite Benedict Cumberbatch (The Power Of The Dog) will be tainted by a feeling that it could have been the HFPA’s way of saying that they cared for African American performers.

A Globe was given to Barry Jenkins’s powerful show about black slaves, The Underground Railroad, for the Best Television Limited Series or Motion Picture made for Television. But it was picked over the more appreciated HBO show, Mare Of Easttown. There were a few surprises and snubs, which is common in awards shows.

Kidman’s Best Actress win in a Motion Picture Drama was quite unexpected. Most predictions were leaning towards Kristen Stewart’s take on Princess Diana in Spencer.

But even if the awards show was not broadcast, HFPA’s love for glamorous Hollywood stars could have made them vote for Kidman who is a bigger celebrity than Stewart.

Also in keeping up with their love for Hollywood, the HFPA members -- who write for foreign publications; many of them are immigrants in the US -- chose a Disney film Encanto for the Best Picture, Animated category, thereby ignoring the much-celebrated Danish documentary Flee, which narrates the story of a gay Afghan refugee and his struggles to escape from the ruthless Taliban regime and find a new home.

Do the HFPA and the Golden Globes matter in a time where there are so many more award shows leading up to the Oscars?

Has the HFPA really changed?

But the audience that loves seeing stars dress up for a grand evening definitely lost today. 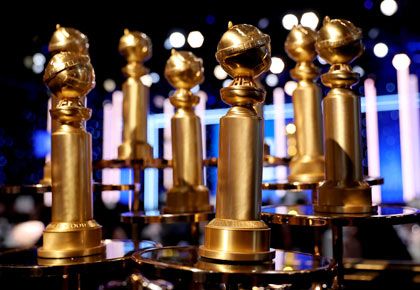