There is more to Arshad Warsi than meets the eye. Much more.

A natural-born scene-stealer, Arshad has been constantly shortchanged by the entertainment industry.

It can't be because of his height; some of our biggest superstars are no Amitabh Bachchan in that department.

Taller than many superstars when it comes to acting chops, Subhash K Jha picks five films where Arshad -- who turns 53 today, April 19 -- excels beyond Munnabhai.

This is actually Arshad's finest performance.

A little-seen film, it features Arshad as a police officer in Uttar Pradesh who came to be known as an encounter specialist because of his propensity to gun down dreaded criminals.

As Ajay Kumar, the cop who believes terrorists should be killed without a trial (Nagarjuna in the recent Wild Dogs is the latest avatar from that anti-constitutional school of heroism), Arshad is a masterclass of outlawry in khaki.

Once, during a conversation with me, Arshad confessed he wished this film, directed by the little-known Kabir Kaushik, got a larger audience. I agree.

I rate Arshad's cop act in Saher on par with Amitabh Bachchan in Zanjeer and Om Puri on Ardha Satya. 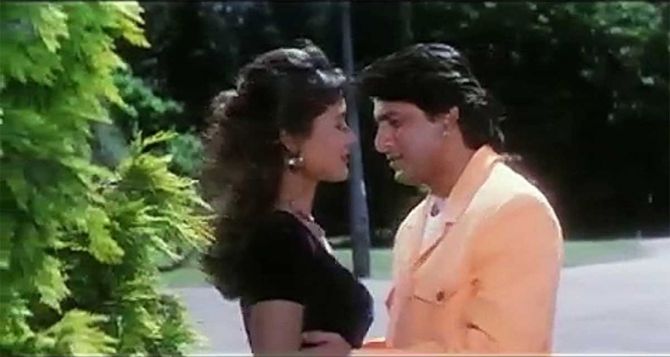 Blame it on his comic timing.

Among the truckload of haha-thons that he unleashed on the screen, this one is a beauty but maybe not a joy forever. Yet, it's worth a view to glean a smile in these trying times.

Before Shashanka Ghosh sold out to fluff stuff like Khubsoorat, he made this uncompromising gritty gangster satire where Arshad was cast as a loser who runs headlong into the crime world.

This strange, curiously engaging, wacky serio-comic film is worth a dekko for Arshad's performance as a reluctant accomplice in crime.

Among the questions that come to mind is why is the film labelled 'Part 2'?. There was no Part 1 before Waisa Bhi Hota Hai. Never before, never again.

Brilliantly matched with the peerless Naseeruddin Shah, Arshad excelled as the boorish Babban who has the hots for the same lady that his uncle does.

The performance is vintage Warsi, laced with a luscious leer, illuminated by an instinctive lust for ...well, lust! Though Babban thinks it is love.

Little does he know!

I don't think any actor could have played against the indomitable Naseer so perfectly.

Arshad's Babban is a winner all the way.

The tragedy of being a good actor and not a star is that you get replaced the minute the director becomes successful.

In Subhash Kapoor's Jolly LLB, Arshad Warsi was splendid as a jobless aimless lawyer who chances upon a case that changes his life.

I thought Arshad was irreplaceable in Jolly LLB. But director Kapoor thought otherwise. He went with Akshay Kumar in the sequel. 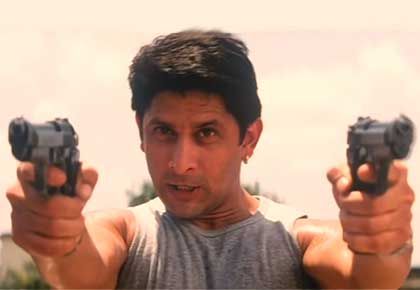