Take some cue from these B-town ladies and get your fashion game on point!

But whose fashion choices wowed us the most?

Namrata Thakker takes us through amazing fashion in March. 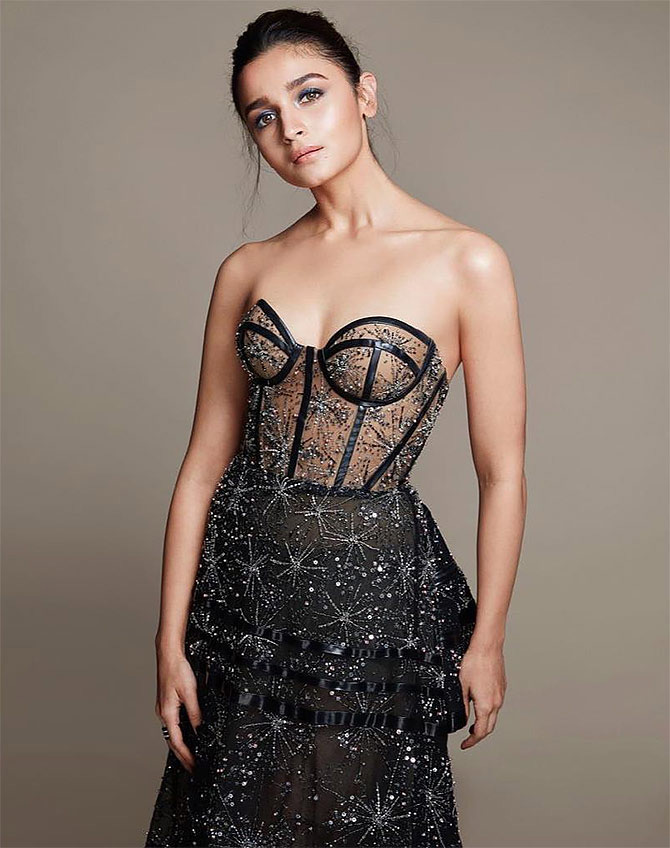 At the Filmfare Awards, Alia Bhatt went the bold and beautiful way, as she arrived in a stunning black corset gown from Ralph and Russo. 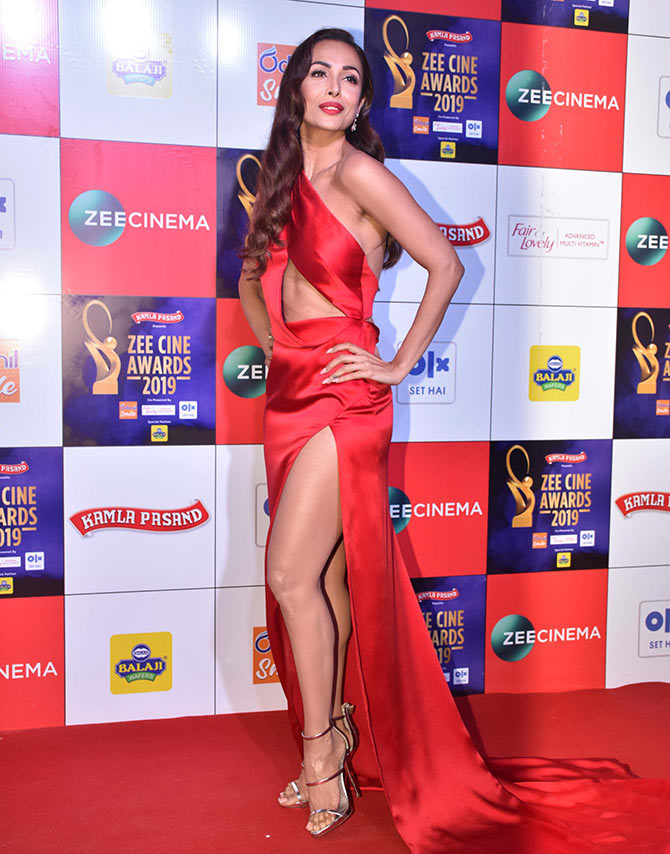 With a retro hairdo, Malaika simply worked her magic in the beautiful gown. 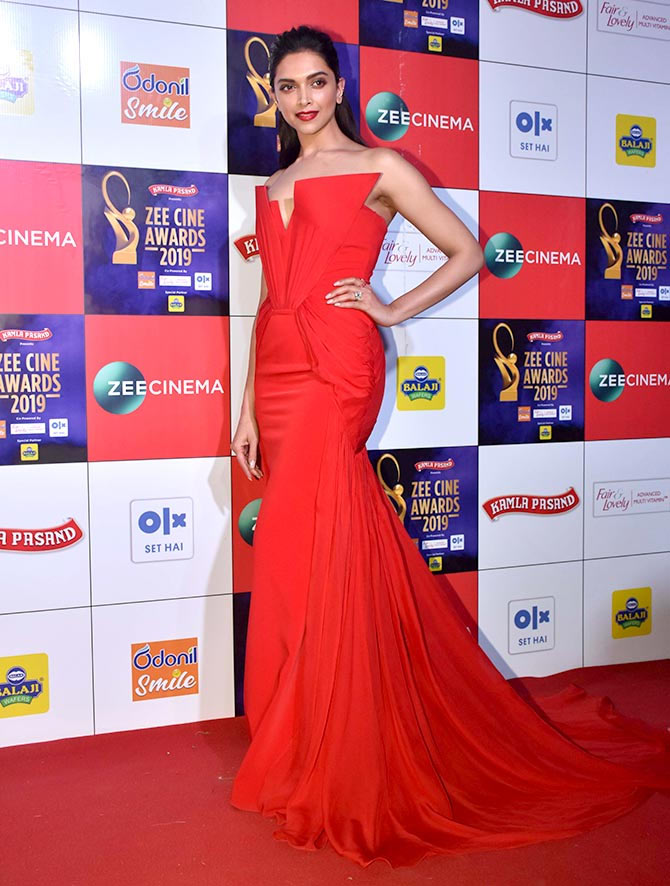 Another beauty who chose red for the awards ceremony was Deepika Padukone. She opted for a strapless Gaurav Gupta gown and nailed her look. 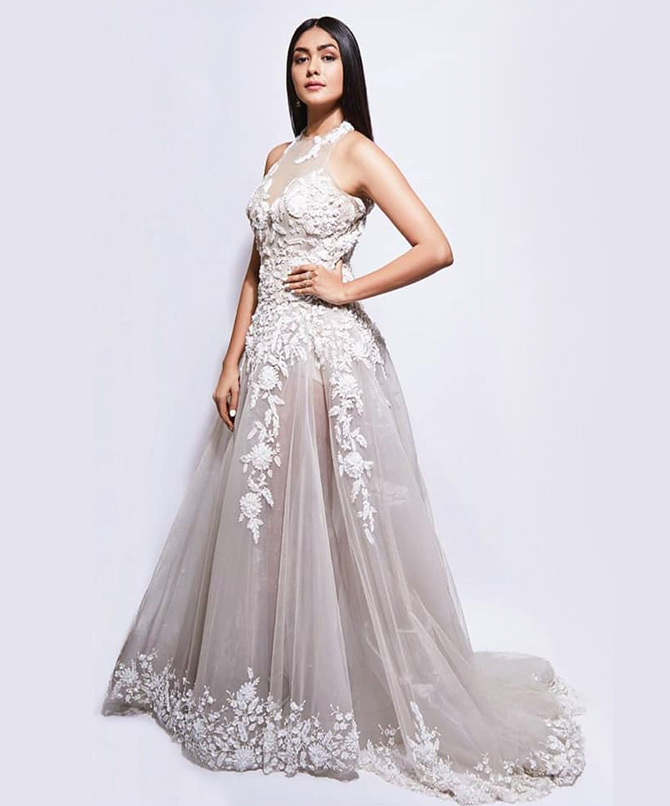 Mrunal Thakur, who made her Bollywood debut with Love Sonia, looked sublime in a sheer floral Karleo gown. 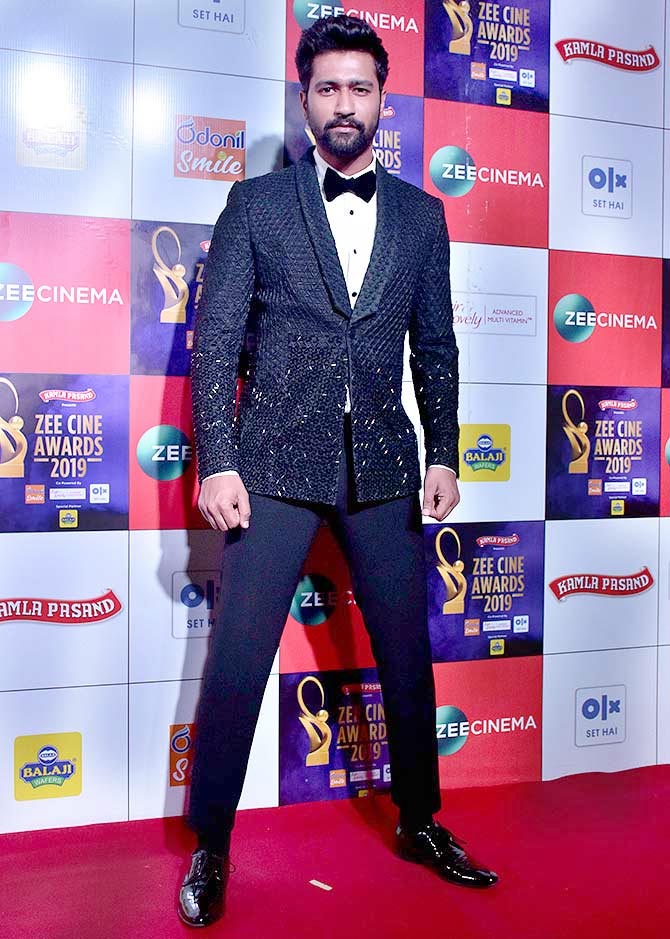 Vicky Kaushal, who is high on josh these days, looked dapper at the Zee Cine Awards in Amit Aggarwal's classic bow-tie suit.

His shimmery jacket stole our hearts. 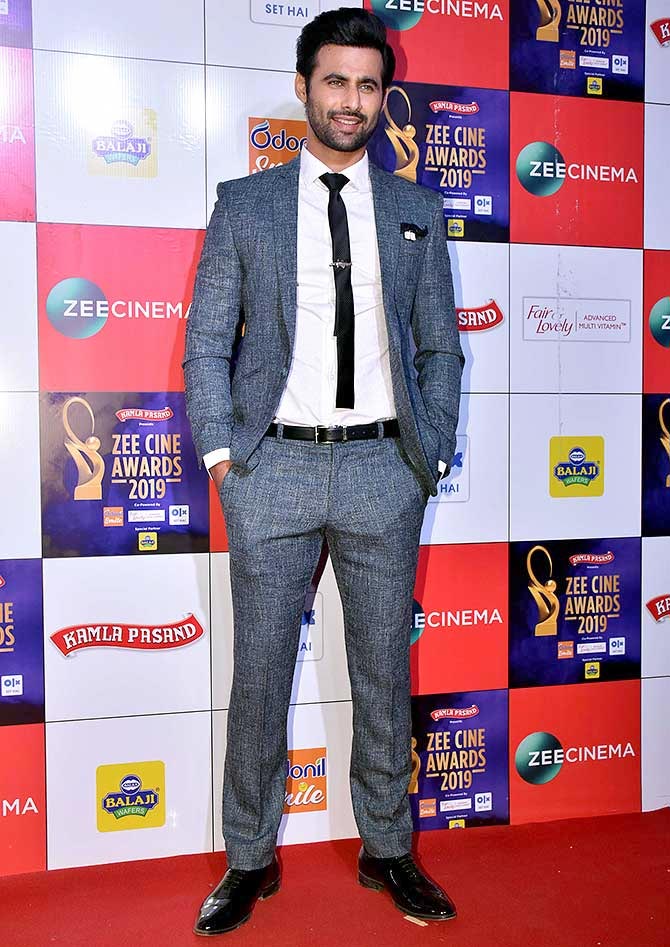 Freddy Daruwala ditched the usual black and went for a greyish coloured suit. And he did look suave on the red carpet. Ranveer Singh stayed true to his quirky style sense as he attended the Hello! Hall of Fame Awards wearing a bow-tie suit with floral embellished jacket and shiny shoes. Sonam Kapoor pulled off another experimental look and slayed the Celia Kritharioti pink and lime green gown at the Hello! Hall of Fame Awards. 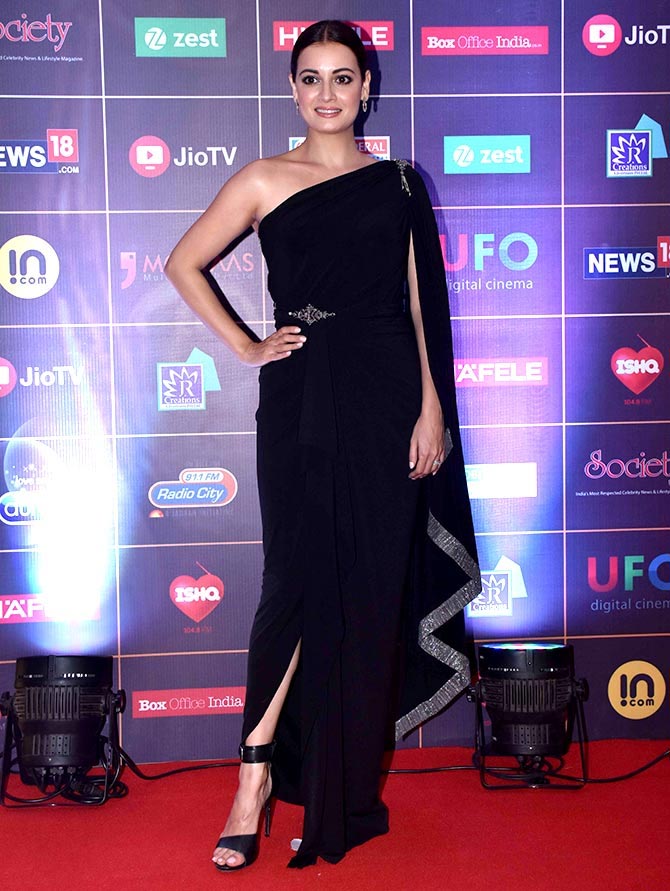 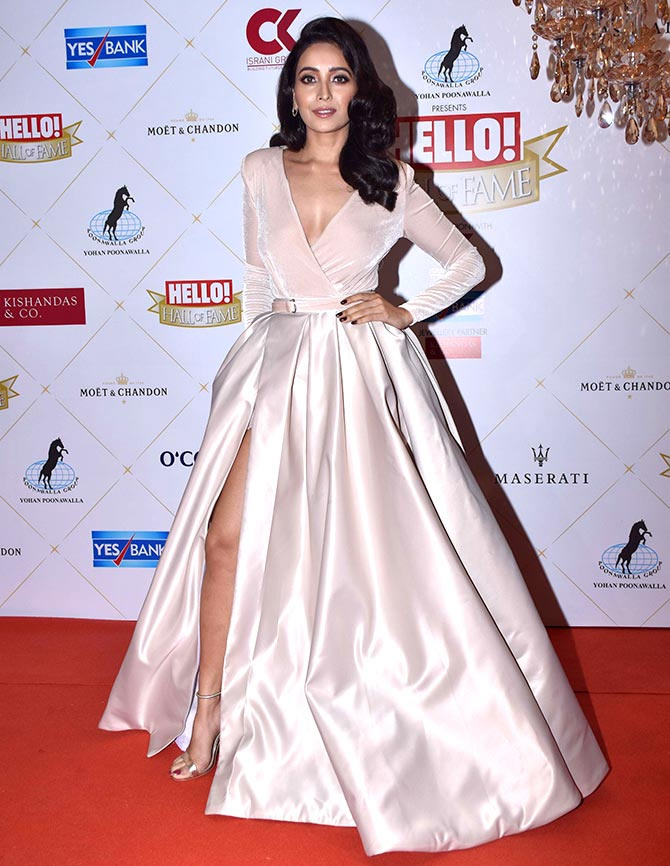 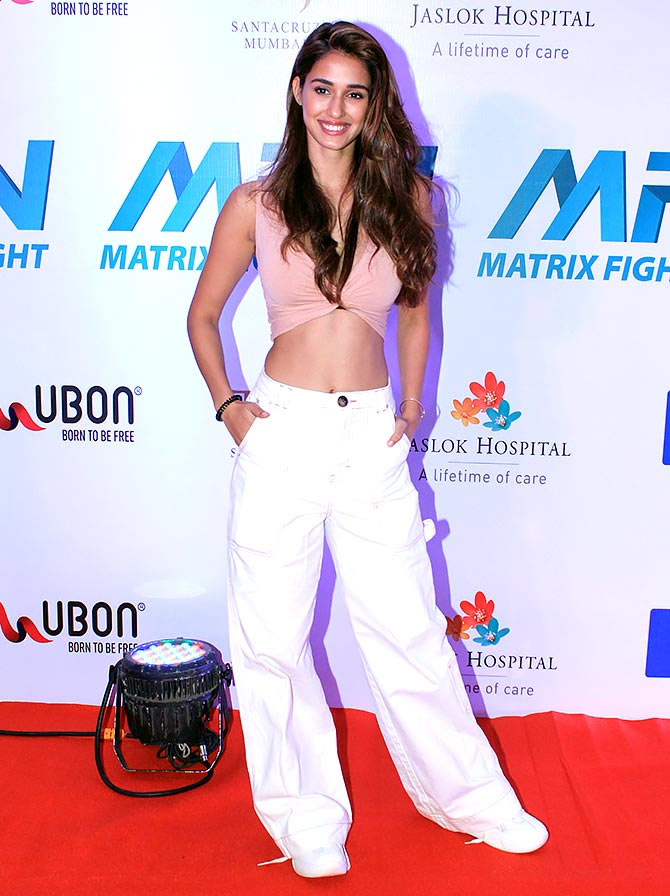 Amidst all the red carpet appearances, Disha Patani grabbed our attention courtesy her chic and cool casual avatar. 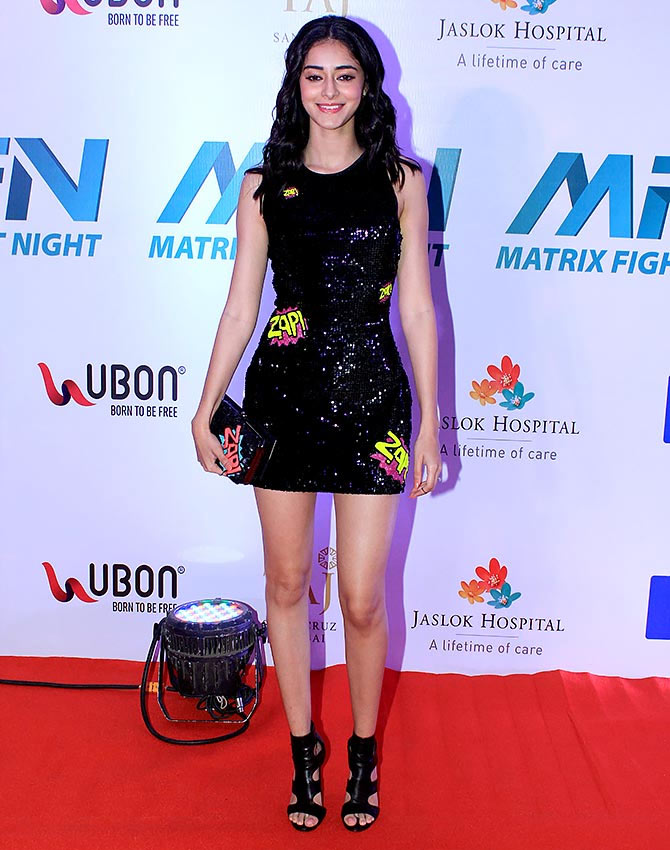 How adorable does Ananya Panday look in the short black sequin dress!

The actress wore this outfit at the launch of Matrix Fight Night. 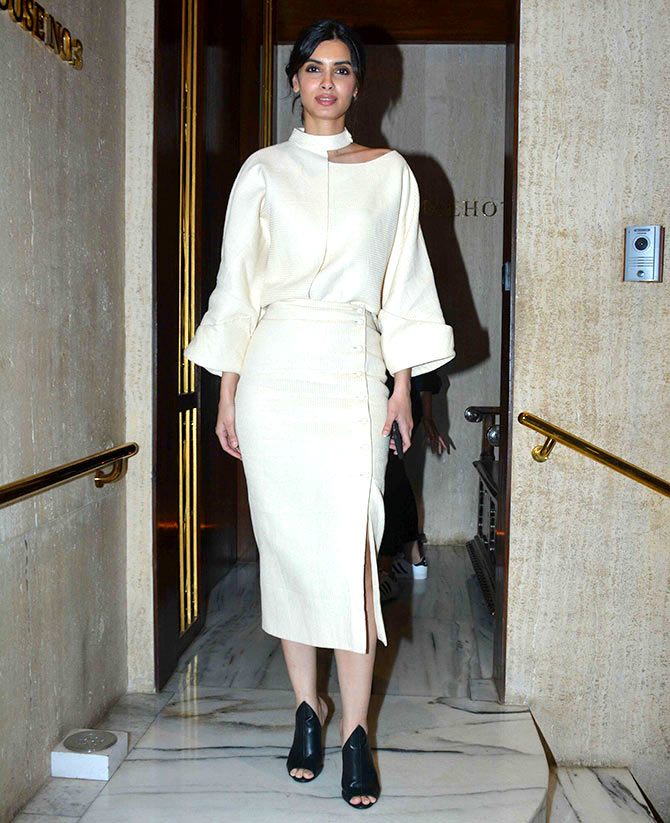 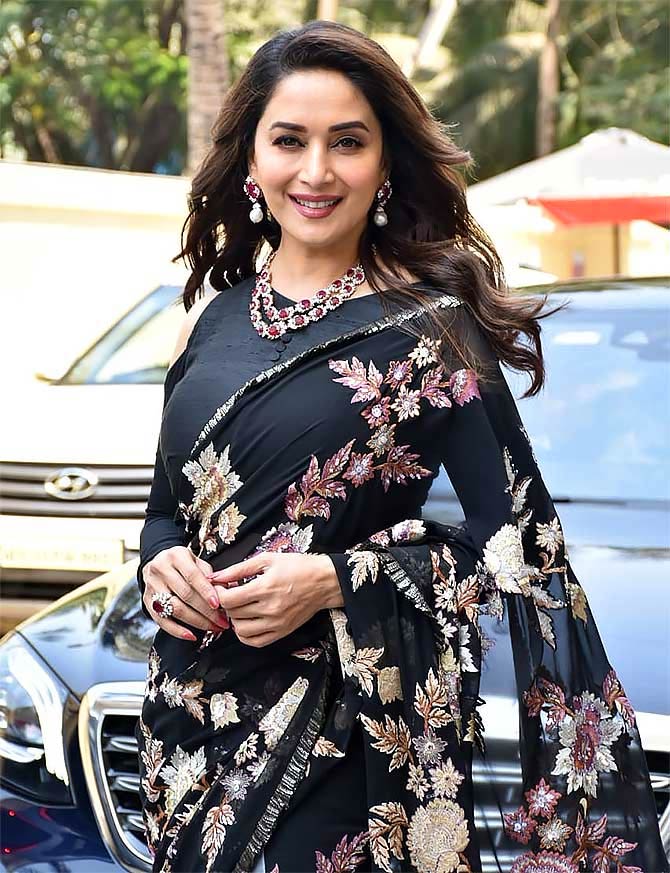 In this red sharara by Manish Malhotra, Sonakshi Sinha is elegance personified, don't you agree? 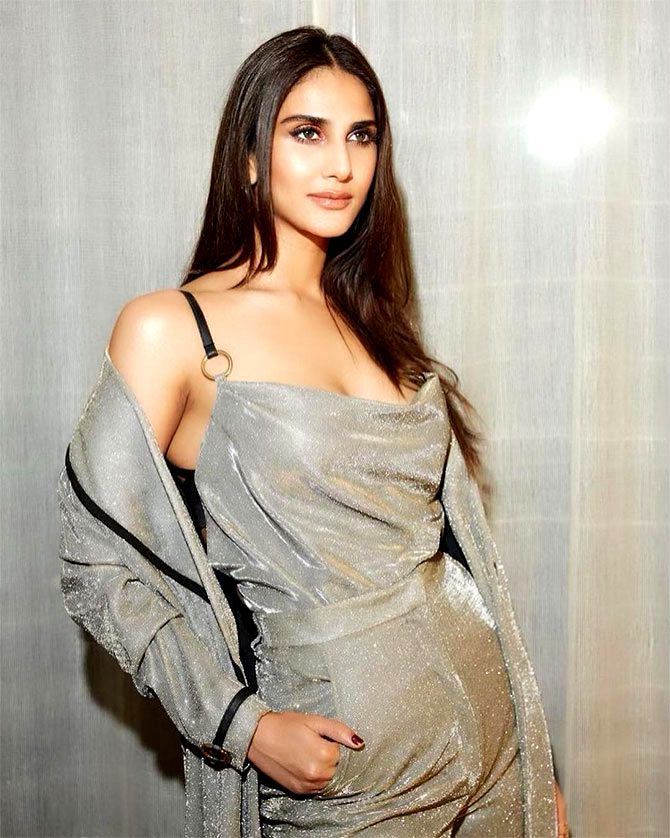 At the Filmfare awards, Vaani Kapoor stood out from the rest courtesy her shimmery metallic separates from Nikhil Thampi. 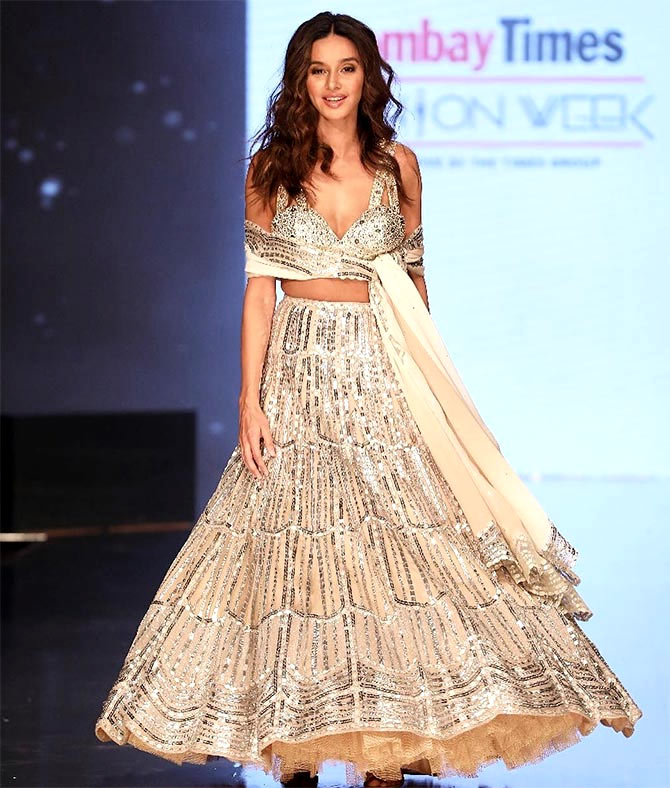 Shibani Dandekar looks smoking hot as she walks the ramp for Suneet Varma in a sequinned lehenga choli for the Bombay Times Fashion Week. 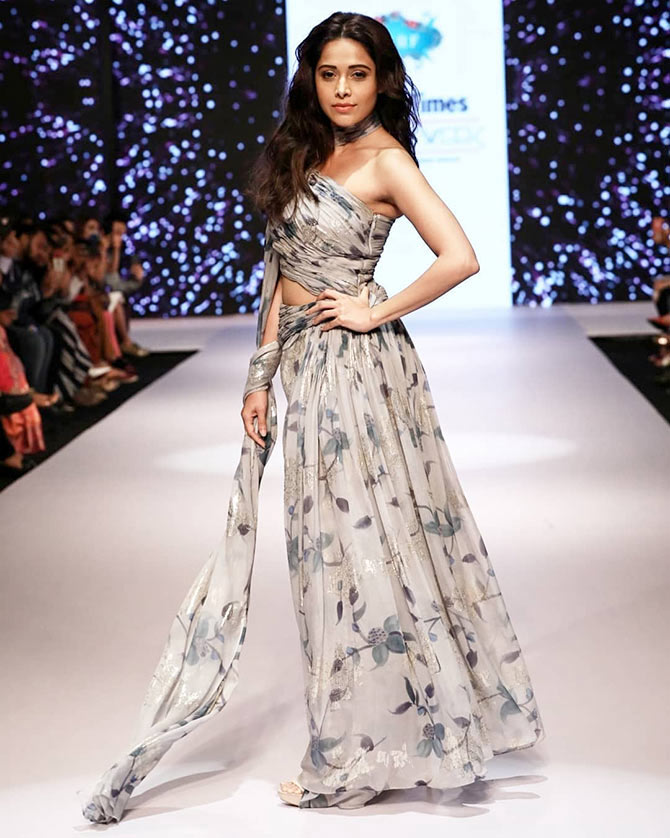 Nushrat Bharucha was the showstopper for Designer Masuuma Namjoshi at Bombay Times Fashion Week and she looked like a diva in her grey silhouette, which is actually a sari. 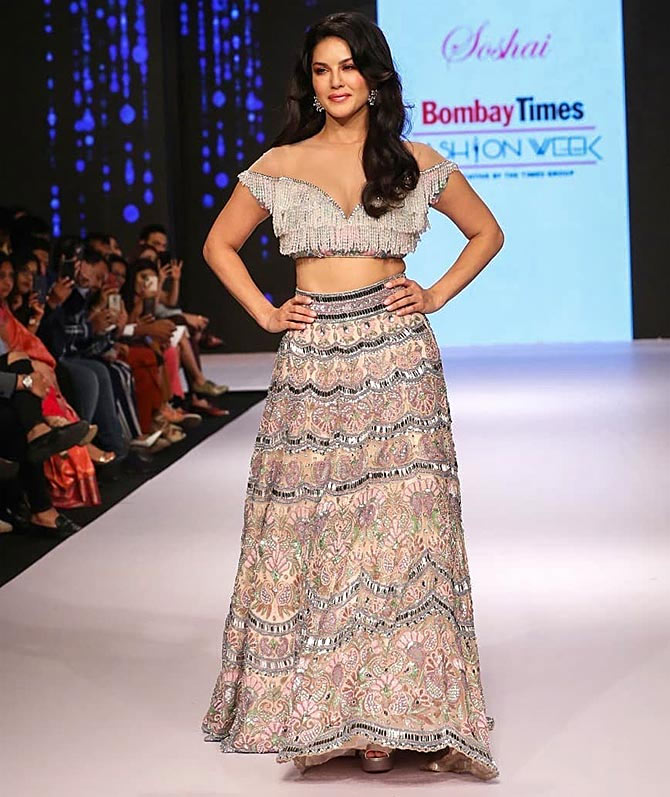 Another actress who walked the ramp was Sunny Leone.

And she redefined sexy in an off shoulder low-cut choli paired with heavily embellished shiny silver lehenga. 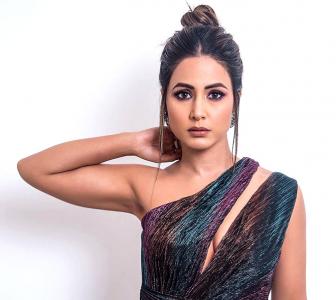 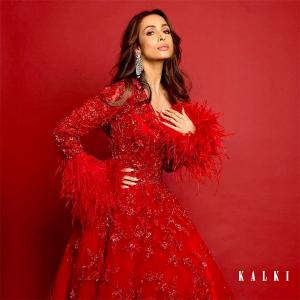