The late Shashikala may have chilled you with her portrayals on screen, but she had some unforgettable songs picturised on her.
Subhash K Jha pays a musical tribute to the veteran actress, who passed into the ages on April 4. 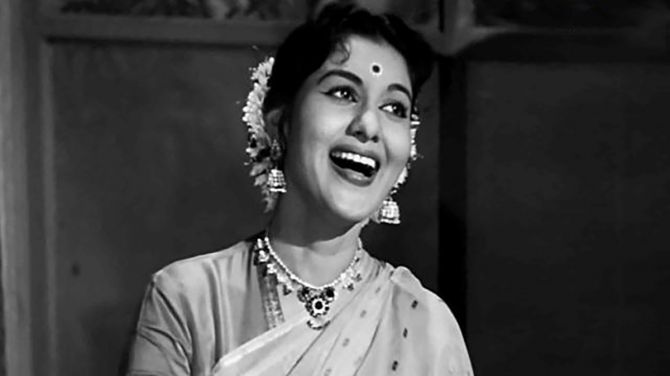 One of Hindi cinema's most popular birthday songs, sung by Asha Bhosle for Bimal Roy's Sujata, was voiced on screen by Shashikala.

It became the most popular song of the film, beating those other Sachin Dev Burman classics -- Jalte hain jiske liye and Kali ghata chhaye.

Shashikala actually had a role parallel to Sharmila Tagore in this Hrishikesh Mukherjee classic. While Sharmila played the wordless beauty, Shashikala offset the silence with her volubility.

Both gems were composed by Hemant Kumar keeping Shashikala's chul-bully personality in mind.

While Lataji's voice was reserved for the leading lady, Asha Bhosle chirped in with her seductive tones for this chartbuster filmed on Shashikala and her co-star Anoop Kumar (Ashok Kumar and Kishore Kumar's youngest brother).

No one expected a song filmed on the second lead to be a chartbuster. But it was! 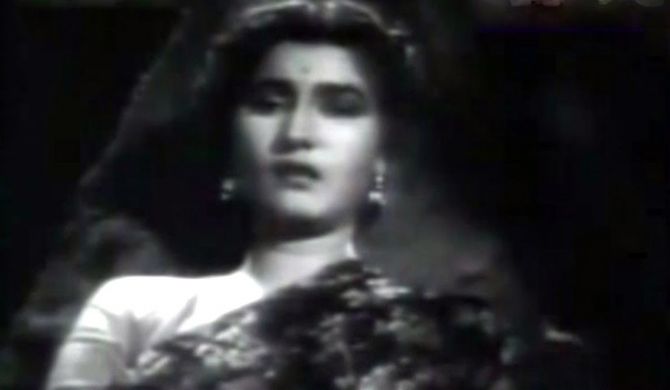 It wasn't as if Shashikala never got a chance to play the lead and sing in Lata Mangeshkar's voice. She did! 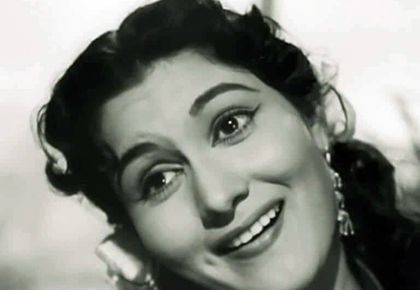