10 Things You Didn't Know About Gone With The Wind

Did you know Clark Gable nearly didn't say 'Frankly, my dear I don't give a damn' in Gone With The Wind?
Or about the film's India connections? 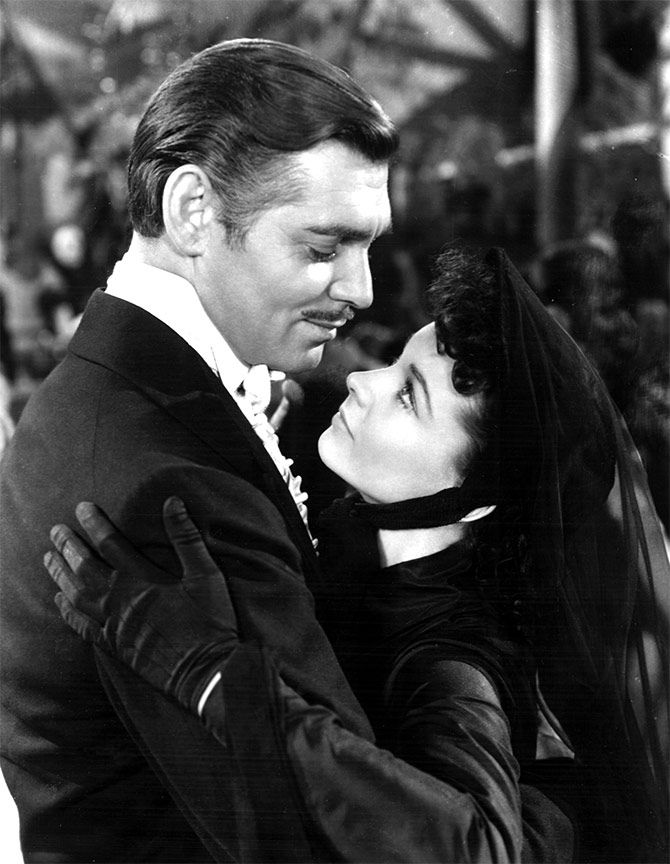 IMAGE: Rhett Butler and the widowed Scarlett O'Hara dance at a ball in Gone With The Wind. Photograph: Courtesy Wikimedia Commons.

Gone With The Wind, starring Clark Gable and Vivien Leigh, celebrates its 80th birthday this year.

Set against the American Civil War -- a war that divided that country like no other conflict -- the movie follows the tumultuous romance between tempestuous belle Scarlett O'Hara and swashbuckling Rhett Butler, who smuggled arms, food, equipment and luxuries into the besieged South during the war.

In spite of the controversial aspects that have shadowed the film, its mixed package of life themes -- love, war, courage, cowardice, perfidy, loyalty, wealth, poverty, the pretty, the unpretty, evil, good -- has ensured that Gone With the Wind has remained one of the most popular films Hollywood has produced.

For all you Gone With The Wind fans out there, 10 facts about the epic you may not know: 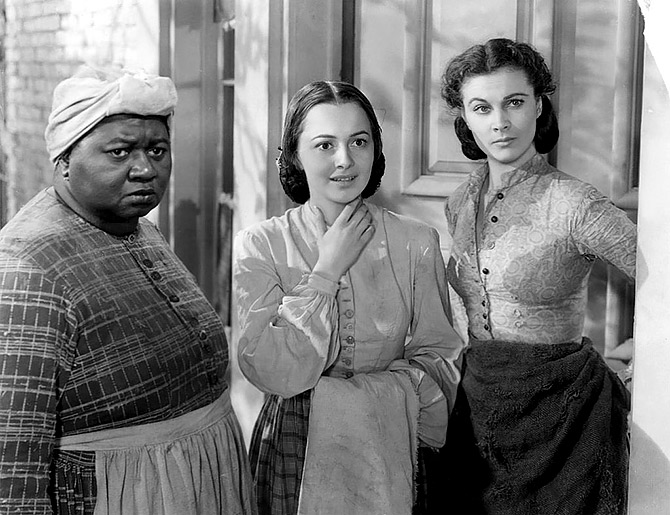 One person was missing.

Hattie McDaniel, who went on to win the 1939 Oscar for Best Supporting Actress for her portrayal of Mammy, Scarlett's nanny, was not allowed to attend the premiere because Atlanta was then still segregated and African Americans did not attend sophisticated white events.

The daughter of former slaves, who settled in Wichita, Kansas, McDaniel's father served in the Civil War on the northern side in a coloured regiment.

After McDaniel won her historic Oscar -- the very first for a black American to win -- she was at the receiving end of much criticism from black colleagues for taking up such a role.

McDaniel is believed to have retorted that she would 'rather make $700 a week playing a maid than $7 being one'. She attended the Oscars, but had to sit separately from the cast.

There was fierce competition for Mammy's role and McDaniel pipped then First Lady Eleanor Roosevelt's maid (Roosevelt wrote a letter to the producers requesting the part for her maid) at the post.

McDaniel played some 74 roles as a maid in Hollywood films in her lifetime.

She was denied a burial at the Hollywood cemetery, which was segregated and rests at the Angelus-Rosedale Cemetery in Los Angeles.

In 1999, the cemetery put up a cenotaph in her memory.

Gone with the Wind has attracted much criticism in recent years for the scene, after a party, in which Rhett -- angry that Scarlett, now his wife, was still pining for her teenage years beau Ashley Wilkes -- picks her up and carries her up to their bedroom for a night of wild sex.

It is a scene many romantics adore.

But in today's politically correct world, it is deemed marital rape.

What are the two India connections with Gone With The Wind?

One of the characters in the film, Ashley Wilkes's sister, is named India.

Lead actress Vivien Leigh, who played Scarlett O'Hara, was born in Darjeeling at the St Paul's school there.

Her British father was an officer in the Indian cavalry.

Her mother, who had Irish and perhaps Indian and Armenian heritage, was also born in Darjeeling, to parents who lived in India, according to Wikipedia.

Vivien Leigh attended Loreto Convent, Darjeeling, for a short period, before heading to London at age 6.

Leigh made her acting debut at age three when she appeared in Little Bo Peep in Ootacamund -- present day Ooty in Tamil Nadu. 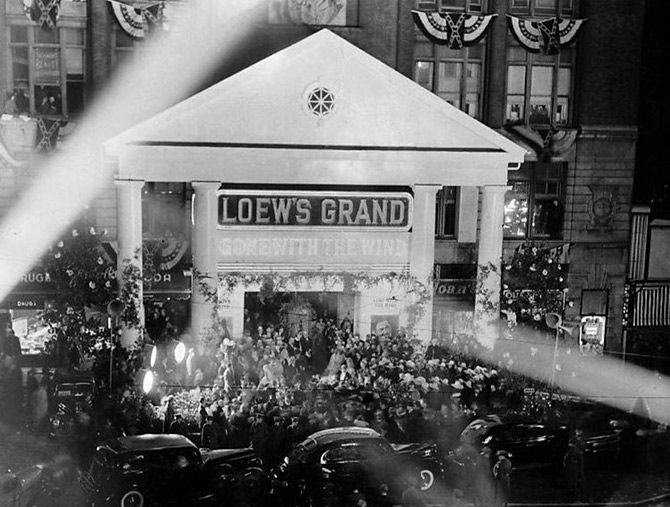 IMAGE: The Gone With The Wind premiere took place at Loew's Grand Theatre, Atlanta, on December 15, 1939. Hattie McDaniel, who played Scarlett's nanny in the movie, could not attend because she was black. Photograph: Kind courtesy Wikimedia Commons

The United States postal service issued a 25 cent stamp showing Clark Gable and Vivien Leigh in March 1990 as part of a series of commemorative stamps on classic films.

The only surviving actor from Gone With the Wind is Olivia de Havilland. She is 102 and lives in Paris.

She memorably played Melanie Hamilton, who marries Ashley Wilkes and was nominated for an Oscar for her subtle, but strong performance.

The other is Mickey Kuhn, 86, who essayed Beau (short for Beauregard), Ashley and Melanie Wilkes's son in the film.

Patrick Curtis, 81, who was infant Beau Wilkes in the film (uncredited), became a producer and married actor Raquel Welch, is also alive.

6. One of the longest films of all time! 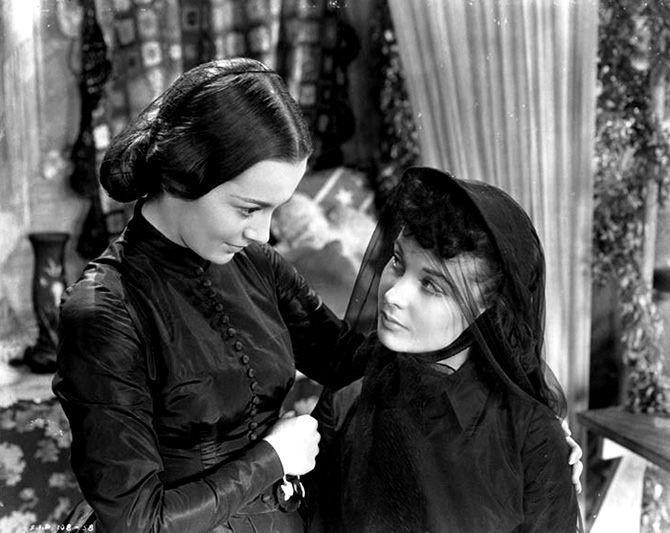 IMAGE: After Scarlett is widowed, right after the war begins, she comes to Atlanta to live with Melanie Wilkes, the sister of her late soldier husband. Melanie was played by Olivia de Havilland, who is still alive today. Photograph: Kind courtesy Wikimedia Commons

Gone With The Wind was made at a cost of $3.9 million, which was a princely sum in those days, equivalent to $350 million today.

It ran 226 minutes and is still one of the longest films of all time.

~When NBC showed Gone With The Wind on television in 1976, 65 per cent of all US television viewers watched it.

Creating a screenplay out of the book was a back-breaking but delicate job.

Sidney Howard, a much in demand, Pulitzer-winning playwright of the 1930s, was hired by producer David O Selznick for the job.

He spent five months converting it into a 240-page script that would have made the film six hours long.

It offered a good look at the grim reality of that war, where America lost 620,000 soldiers.

A crop of other writers, even Selznick himself, had a go at lopping off a few hours from the script since Howard could not be in Hollywood to chop and change it as GWTW began filming, since he was tending to his 700-acre farm out in Massachusetts.

When Gone With The Wind was on the floors, its new director Victor Fleming, apparently on the insistence of Clark Gable who felt the film was too Scarlett-centric, required extensive changes in the script.

The talented Ben Hecht (Spellbound, Notorious. Wuthering Heights, Casino Royale) working on 18-hour shifts fuelled with just peanuts and bananas, with Selznick breathing down his neck, reworked the first half of the script in one week flat. Howard returned to adjust the second half.

Howard won an Oscar for his work. But posthumously. He was killed at age 48 at his farm in August, four months before the film released, when his tractor crushed him inside its garage.

So though other writers put in work on the film, Selznick, perhaps in Howard's memory, had only his name appear as the screenplay writer when the credits for Gone With The Wind rolled.

8. The dialogue that almost didn't make it 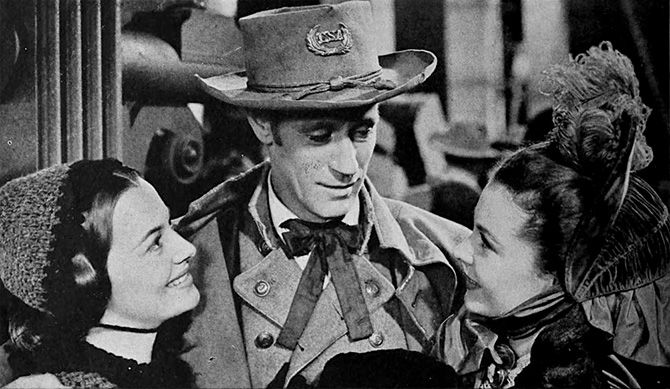 IMAGE: Melanie's husband Ashley Wilkes, essayed by Leslie Howard, gets a Christmas furlough some months after after the devastating 1863 Battle of Gettysburg and comes home to Atlanta to his family. He is joyfully welcomed by Melanie and Scarlett. Photograph: Kind courtesy Wikimedia Commons

'Cheer up, maybe you will have a miscarriage' is what Rhett brutally tells Scarlett after she informs him she is pregnant post a night of passion that he inflicted on her.

That line from the book was replaced with 'Cheer up, maybe you will have an accident' in the film because it went against the Hollywood content requirements of the time.

Films were ruled by the Hays Code in those days.

The code, drawn up in 1934 by a senior Presbyterian minister, who was paid $100,000 a year for his watchdog work, and later expanded by a Jesuit priest and a Roman Catholic layman, dictated that films could not show, among a long list of other things, a man and woman in bed together, surgical operations, methods of smuggling, sex relationships between black and whites, childbirth, white slavery, sympathy for criminals and references to sexual behaviour.

One of the film's final lines, spoken by Rhett Butler -- 'Frankly, my dear, I don't give a damn' almost didn't make it into the film because it contained a profanity and escaped because it was a faithful adaption of a book.

9. The only scene with the four leads

This was the scene when post the war, Rhett comes to Melanie and Ashley's house to ask where Scarlett's husband Frank is.

10. The scene Clark Gable refused to do 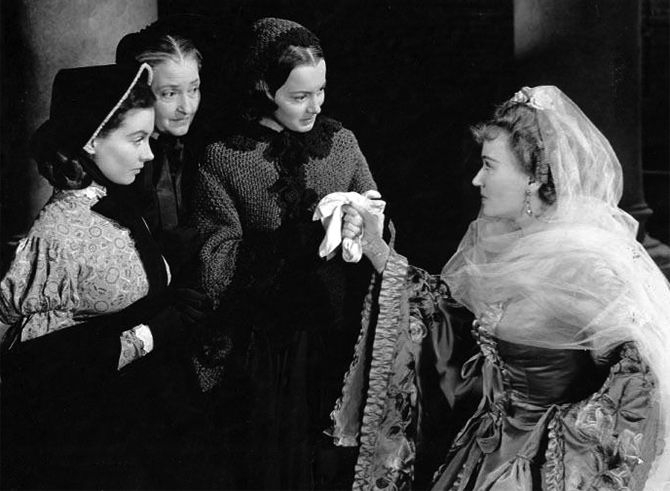 In the film, like in the book, there is a scene that Clark Gable almost didn't do.

He refused to enact crying in Melanie Wilkes's arms after Scarlett miscarries and is subsequently very unwell.

He wanted to quit the film over that scene.

He was persuaded by Olivia de Havilland and Victor Fleming to stay and act those heart-warming few moments of GWTW. 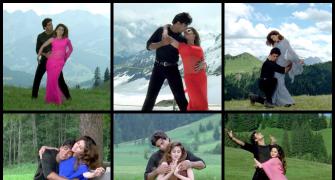 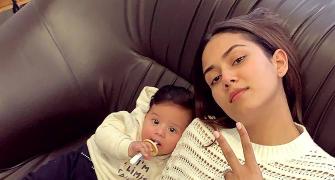 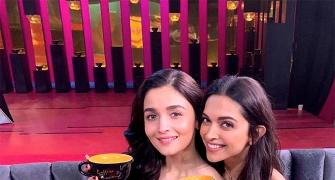 The Gone With The Wind Quiz 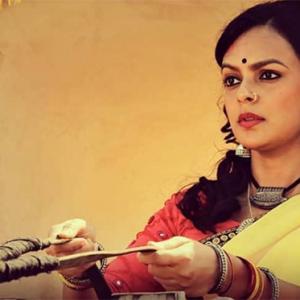 Who is the Sholay girl?