'Zohra Sehgal is a landmark in Indian cinema' 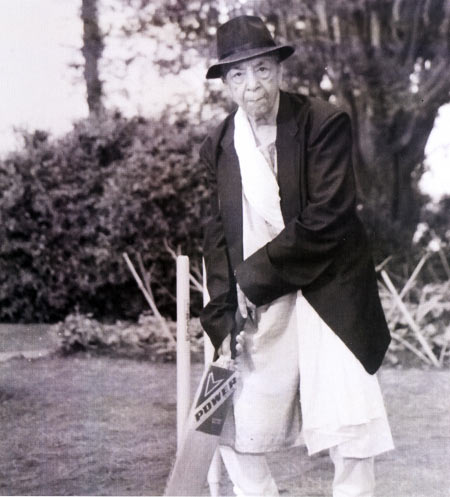 'Her eyes used to twinkle once the lights came on… She battled so many odds, came out of purdah to become a dancer, then choreographer, then artist.'

'She battled her family and society. She was a star in every sense of the word.'

I co-produced and wrote the television comedy series Amma and Family some 15 years ago for Home TV.

In my mind I had already decided that Zohra Apa would be Amma but I did not know her personally, and I was delighted when the veteran actor agreed to do the lead role for a relatively new film unit.

She liked my script as the character was very lovable and broadly based on my Nani (maternal grandmother).

We ended up like family by the time we ran through 32 episodes which took one whole year.

We travelled together and had a wonderful time with her. She was an amazing actor.

She was great and gracious at the same time. As an actor she was very professional.

She always came to the sets completely prepared and rehearsed. She not only knew her own lines but also the lines of the people who had to act with her that day.

So the others used to be scared to act with her. She would correct them if they made a mistake in the script.

Thus they too started preparing well. She sometimes suggested small changes, a line here or there.

Though I wrote my script in Hindi she always insisted that her lines should be given to her in Urdu.

She also had the habit of writing out her lines herself.

She said it helped her remember them better. She was very punctual and never came late. She also never complained even if the shooting went on till 1 am the next day. 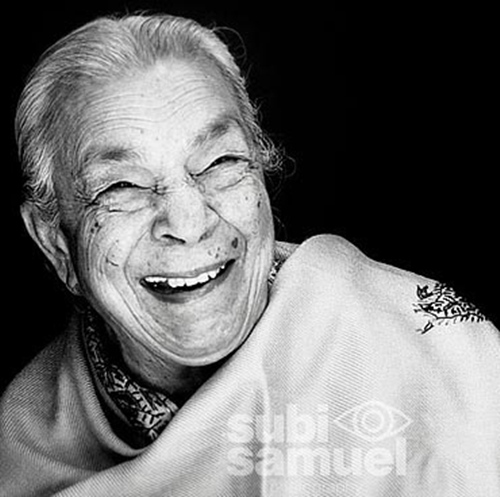 She was the oldest person on the sets but behaved like the youngest, as she was so lively.

She had a great sense of humour and spoke with everyone from the light boy to the boy who brought her food. Her co-stars loved her.

When the stage lights came on, she became animated. She became the character she played.

My brother was the director and I played myself in the show, so it was one big family.

She told me that Nani must have some romance in her life.

So I wrote about an old love who wanted to marry her in the past and came back looking for her.

That episode went off very well and she was very happy with it.

She was already famous abroad but this serial brought her in front of an Indian audience.

This was her introduction to Bollywood. She was a warm person and we learned so much from her on the sets.

We learnt how to be professionals. 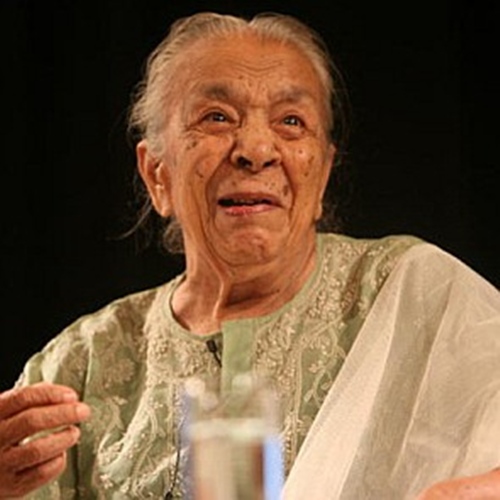 When we were not shooting she used to regale us with stories about Prithviraj Kapoor and other greats from her time in Indian movies and theatre.

She also enjoyed the play she performed with her sister -- Ek thi Nani -- a lot.

I produced another television show where Khushwant Singh, another great man, interviewed Zohra.

Khushwant was amazed to know that she was older than him. They compared birth dates and he was so surprised.

In life she was disciplined. She meditated and did Yoga regularly. Even at her age her memory was amazing.

She could recite poetry without notes. Her elocution was perfect.

After the serial we met on and off.

She used to tell me that she loved shooting with the young stars of today.

She told me about Shah Rukh Khan, Salman Khan and Amitabh Bachchan among others. She enjoyed their company. 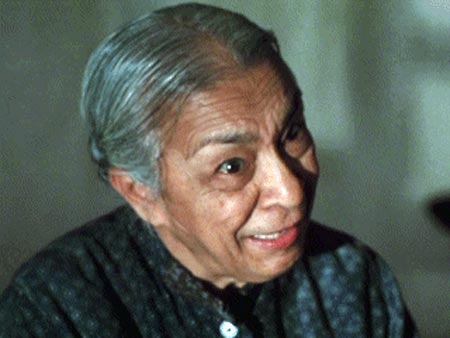 Even today I remember the way her eyes used to twinkle once the lights came on. She was so much into acting.

The last time I met her was for her 100th birthday at the Habitat Center in Delhi.

She always believed that 'The Show must go on'.

Even when she was not well she never complained on the sets. She did not have any starry nakhras or tantrums.

She was a lesson to others that once you set your goal you should let nothing come in the way.

She battled so many odds, coming from a Muslim family she came out of purdah to become a dancer, then choreographer, then artist.

She battled her family and society. Her husband committed suicide, she came through that too.

She was a star in every sense of the word. She is a landmark in Indian cinema and theatre.