Check out the IPL anchors! 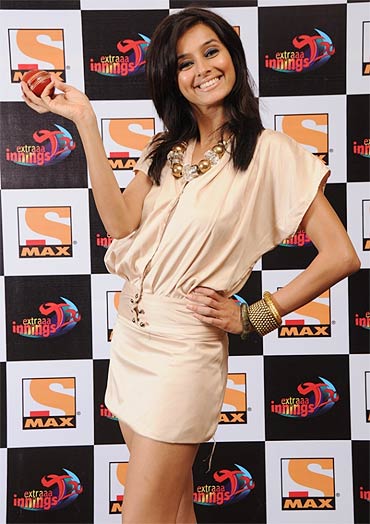 The cricket fever is set to start all over again with the Indian Premier League kicking in this Friday. The cricket matches will be hosted by popular young anchors like Gaurav Kapur, Samir Kochhar, Yudhistar Urs, Archana Vijaya and Shibani Dandekar.

We take a closer look at these anchors.

Model, singer and a television anchor, Shibani is all set to anchor Extraa Innings on Sony Max for the DLF IPL Season 4. A non-resident Indian from Australia, Shibani claims she has been following cricket from her childhood because both the countries adore cricket.

'I am not an alien to this sport because my father follows it closely. I have been following this sport from the time of Allan Border and Kapil Dev,' she said.

Shibani says she is excited about anchoring a live sports show and it's a dream come true for her. "I am learning to speak Hindi. I will be anchoring in English and in my mother tongue Marathi," she says.

"The format of the game is such that it attracts everyone. Watching T20 is like a family day out. People who don't have time to spend 10 hours watching cricket will watch it because it's short," she adds.

Of course, anchoring IPL goes beyond cricket. It's about glamour as well. "After Mandira Bedi's successful stint, the stage opened for other women to join in," she says. "Yes, I will add glam to cricket, but that will not take away from our work. We want people to focus on our content delivery. The experts in the studio will give expert comments on cricket. We will be on ground to bring out the entertainment in cricket." 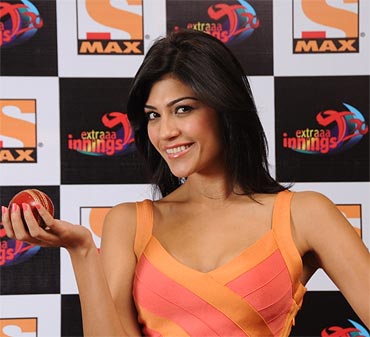 Model, veejay and cricket presenter, Archana has hosted shows on the Neo cricket channel but will anchor the IPL for the first time.

Archana admits that she was not a cricket enthusiastic until she started hosting the cricket shows. 'It's very difficult to not watch cricket when your father is closely following it. My interest later grew with my close association with cricket.'

'You have to think out of the box when you are live on camera. The only mantra is to keep cool and calm,' she says.

So who is she rooting for this season? 'Hard hitters and wicket takers like Virat Kohli and Yusuf Pathan are the ones to watch out for,' she says. 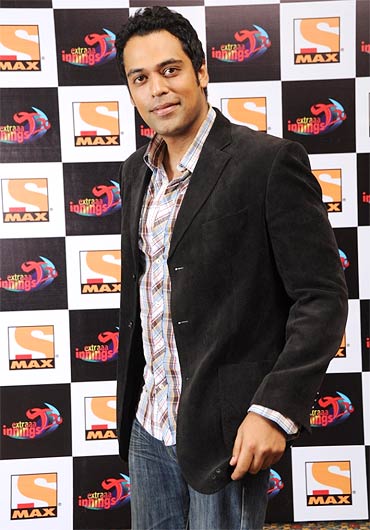 Television anchor-turned-actor Sameer Kochhar has hosted all the IPL seasons so far. He claims it's fun travelling with the team, experiencing the stadium live and the rocking crowd.

'This is the game where Bollywood meets cricket. My job is not just that of a cricket broadcaster but also someone who is a sports enthusiast,' he says, adding, 'My job is to question the experts and hold the show together, be on the lighter side.'

How different will this year's IPL be from the previous years? 'This year, we have bigger sets, a live band and cheerleaders. We will be singing, chatting and dancing.'

How does he find former cricket player Navjot Singh Sidhu, who loves to talk in the studio? 'Siddhupaji is much senior to me and we have a great equation. He starts with ghode ke pooch, haati ki suun and all that. We love to hear it! Sometimes, I have been told that the match is about to start through my ear piece, and then I have to tell him to calm down, we are going to the live game. But we love to hear him."

So which team is he rooting for? 'I love the underdogs and would like to see the Kochi and Pune teams putting their best foot forward. I also want to see young Indian talent, who have not been discovered yet, rub shoulders with the biggest players in the world,' he says.

Sameer Kochhar has been seen in films like Zehar, Jannat and Chase. 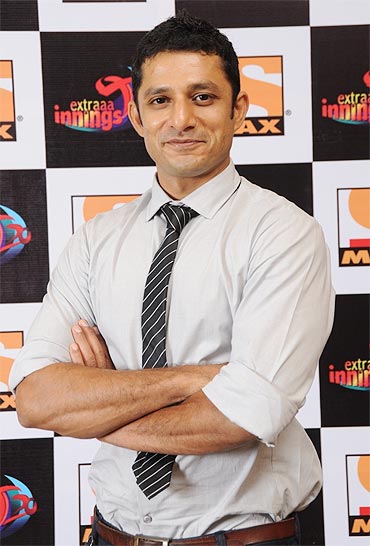 Cricket is not Yudi's first love but it has been a part of his growing years. He prefers playing football and hockey.

'I am sure the whole experience of hosting the show will be thrilling,' he says. 'It's like going back to school because I am doing a lot of research so that I have some knowledge while presenting. I don't want to fool with cricket.'

One of the things that Yudi is looking forward to is meeting his icon, Sunil Gavaskar. 'Years ago, when the SG (Sunil Gavaskar) bat had come out, everyone wanted one. I told my father that I would do well in my exams, so he should get me a bat. I got it.'

Which team is he supporting? 'I will support the Royal Challengers Bangalore, Kolkata Knight Riders and Mumbai Indians,' he says. We last saw Yudi in the film Break Ke Baad, starring Imran Khan and Deepika Padukone.

After his IPL stint, he wants to direct and write a film. 'I plan to go to New York for a six weeks course, where they will help with the final elements of scripting. I am writing a sports thriller,' he says. 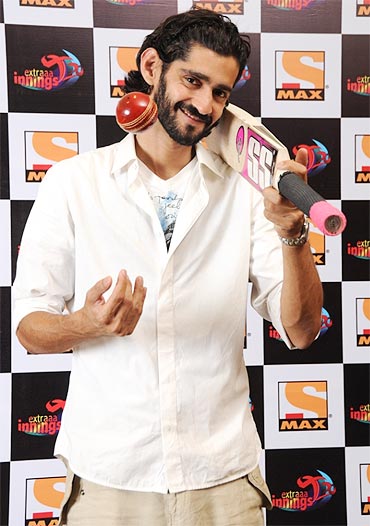 Veejay and actor, Gaurav Kapoor has been a part of the IPL from the second season. He claims IPL is clean family entertainment compared to the regressive shows on TV.

Who is his favourite cricketer? 'I don't have a favourite team but I like to watch Virendra Sewag bat. I also like Adam Gilchrist, Sachin Tendulkar, M S Dhoni, R Ashwin and Lasith Malinga.'

Gaurav has just finished shooting for the film Office Office, adapted from the popular TV serial of the same name. 'I play a new character. I play the son, who's the opposite of his idealist father (Pankaj Kapoor).'

He is also writing a play with his theatre friend Roshan Abbas. It will be a humourous one, directed by Abbas, and starring both Abbas and Gaurav.