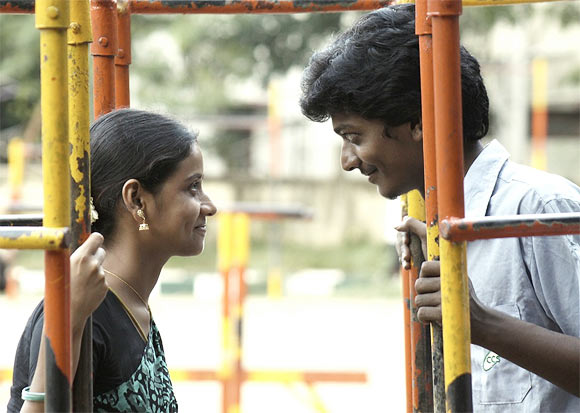 Tamil cinema can boast of a good 2012 with many interesting films being released this year.

Many of them were small films made by new directors with lesser known actors. The success of these films show that content is king.

Balaji Sakthivel became a well known name in Tamil with his film Kaadhal, a teenage love story. With Vazhakku Enn 18/9 he has shown that he is a name to reckon with.

As he admitted to rediff.com, there was nothing unusual about the story of Vazhakku Enn 18/9, but the screenplay was different.

The innovative narration based on a complex screenplay carried the day.

The best film of the year. 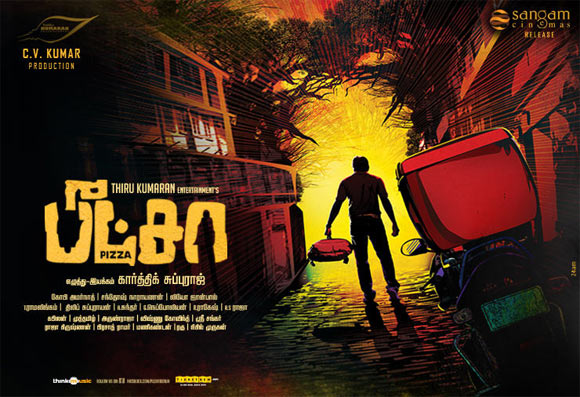 The subject -- a day in the life of a pizza delivery boy -- and the treatment are so novel that the remake rights of the film were sold for a huge amount to not only south Indian film makers but also Hindi. 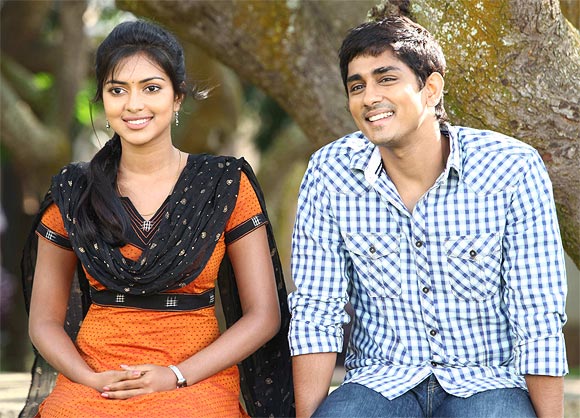 This young romantic love story is directed by another first timer, Balaji Mohan.

His short film on YouTube impressed actor Siddharth, who decided to produce the film with cinematographer Nirav Shah.

The cute love story made in both Tamil and Telugu, with Siddharth and Amala Paul in the lead, was universally applauded. 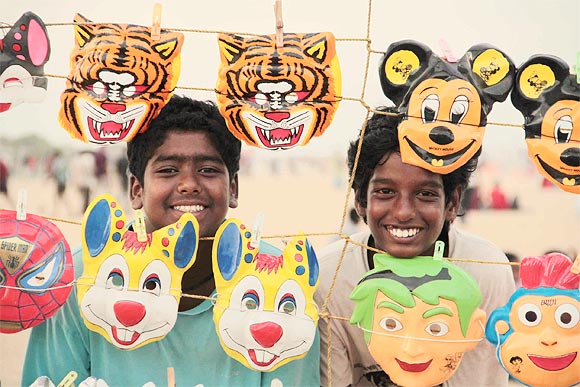 Marina, made on the lives of the kids who make a living selling items to tourists is a touching tale told in a simple manner.

Marina is a beautiful, sensitive film 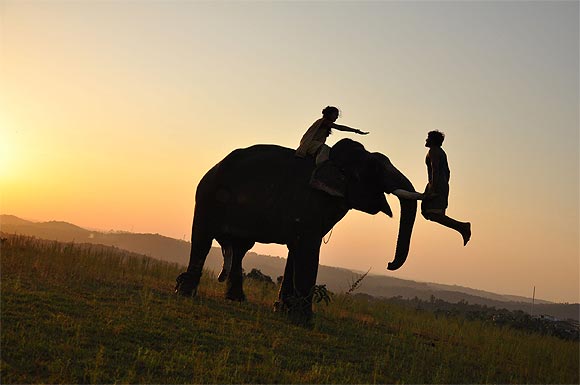 After Mynaa, much was expected of Prabhu Solomon.

And he did not disappoint with Kumki, the story of the friendship between an elephant and its mahout.

In fact, the film, shot beautifully by K Sukumar, tells the tale so sensitively that everybody has fallen in love with it.