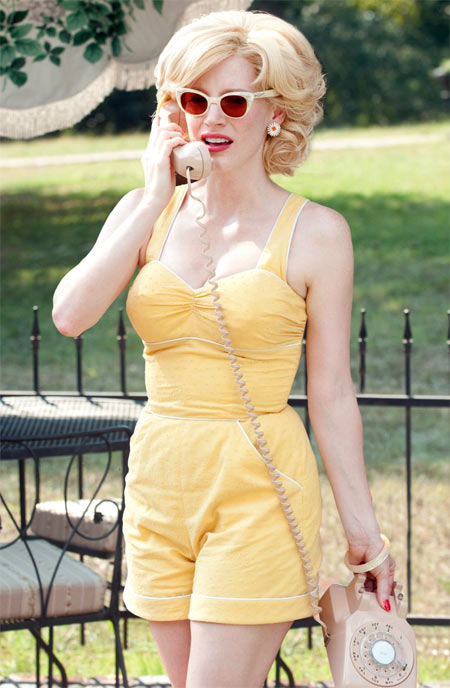 Image: Jessica Chastain in The Help
Nishi Tiwari in Mumbai

But few people are aware of the fact that Jessica Chastain is in Chandigarh, shooting for acclaimed filmmaker Kathryn Bigelow's new film based on Osama Bin Laden's killing.

When the 30-year-old blonde actress arrived for the Cannes premiere of her first major film -- Terrence Malick's The Tree Of Life -- along with her better known co-stars Brad Pitt and Sean Penn, few people could place her.

You'd think that'd be a big enough break through for a relative newcomer.

But Chastain had as many as six films open in theatres last year apart from The Tree Of Life.

The year got only more eventful for the actress when she earned nominations for the Best Supporting Actress at the Oscars, Golden Globes as well as at the BAFTA for her role in the highly acclaimed film The Help. 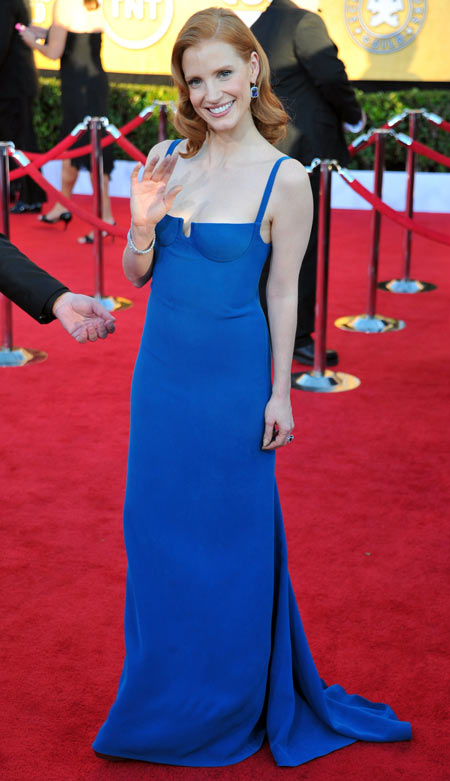 Interestingly though, despite her having so much going on at the work front, Chastain grabbed few headlines and news space as compared to other Hollywood newsmakers last year. An interview with the actress in The Telegraph describes her as Hollywood's hidden star.

That may very well be a moniker that describes Jessica Chastain's stardom the best at present.

Here, we trace the actress's life events that led to her big Hollywood moment.

Jessica Chastain started out as a trained theatre ingenue and starred in many theatrical productions and student film projects while studying at the drama school in New York.

She made her professional acting debut with television in shows including ER, Veronica Mars, Close to Home, and Law & Order: Trial By Jury. 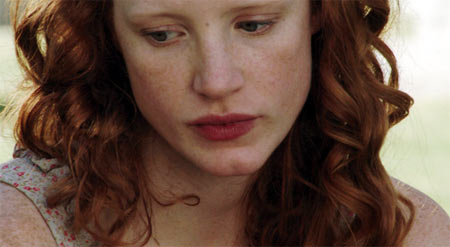 Her film debut came in 2008 with the film Jolene where she played the title role of an abused teenager who falls victim to her own irresponsible choices in life. While the film received mixed reviews, Chastain's portrayal of the vulnerable Jolene was widely appreciated.

She followed that up with 2009 mystery-thriller film Stolen, starring alongside Josh Lucas and Jon Hamm. But the big break came when she was spotted by acting legend Al Pacino, who cast her along side himself in a documentary-drama adaptation of Oscar Wilde's Salome, one of the seven releases she had last year.

According to Chastain, Pacino (who she considers her acting godfather) recommended her to Terrence Malick and she was cast in her breakout role after auditioning for it. 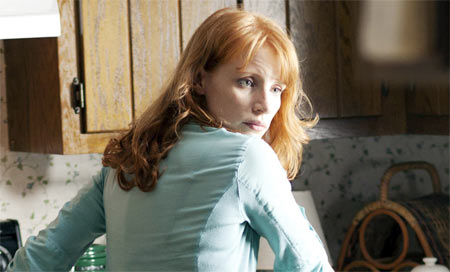 Among her other films that released last year is Take Shelter, where she plays a harrowed wife struggling to deal with her husband's apocalyptic visions.

The film as well as Chastain's performance gained rave reviews. Her portrayal of Celia Foote, a social outcast set in Missisippi of the Civil Rights Era in The Help (one of the most acclaimed and commercially successful films of 2011), garnered rave reviews along side the film's mainstay -- Viola Davis and Octavia Spencer -- and she was also nominated alongside Spencer in almost all Best Supporting actress categories.

Her strikingly eclectic body of work from last year also included playing a young Mossad agent in The Debt. She was also picked up to play one of the leading roles in Ralph Fiennes' directorial debut -- film adaptation of Shakespeare's tragedy Coriolanus.

In the Texas Killing Fields, she starred alongside Jeffrey Dean Morgan and Sam Worthington. The film was screened at the 68th Venice Film Festival too. 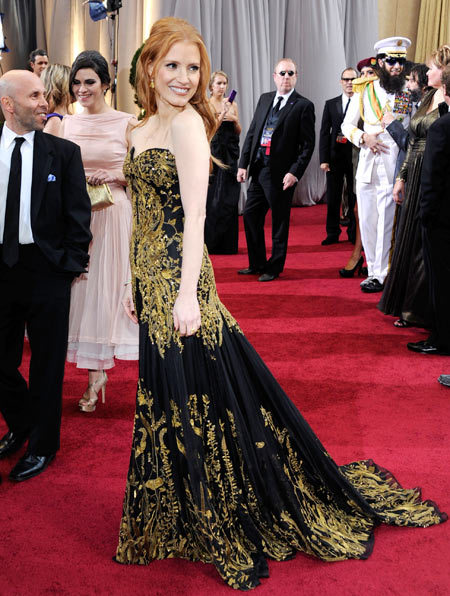 Chastain's upcoming films are as prolific as her roles from last year.

She'll be seen in The Wettest Country along side Gary Oldman and Guy Pearce, in Kathryn Bigelow's yet untitled film for which the shoot is on and she's lent her voice to Madagascar 3: Europe's Most Wanted.

So what's it about Jesscia Chastain that gets her roles as wide-ranging and rich as she's pulled off in the last one year?

Hollywood experts and observers believe it's her fair freckled face and astonishingly beautiful green eyes that enable her to slip into almost any character. That and a rare acting sensibility best explain the meteoric rise of this star.