When Entertainers Turned To Politics 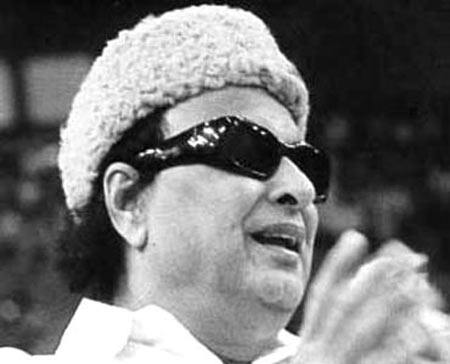 There've been countless stories of celebs who turned to politics after having an illustrious career in showbiz full of glitz, glamour and a fantasy element that transports you to a different world; the other involves the nitty-gritty realm of governments, people and ruling the masses.

You would think there's not much of a connect between the two but India's southern states have had a fair share of their rulers from cinema.

Here's a look at some of the most prominent of them.

Bharat Ratna Marudhur Gopalan Ramachandran could be called the game-changer in Tamil cinema and politics. He was a veritable demi-god, who could do no wrong. And his humble beginnings proved to chart a course that would dazzle everyone, admirers and detractors alike.

Born in Kandy, Sri Lanka, MGR decided early on that the stage would be his home. His movie debut happened in 1935 in the movie Sati Leelavathi. Later, films showcased this charismatic actor in a variety of character roles. He morphed into Puratchi Thalaivar, commanding a hysterical following that worked magic at the box office.

But it would be his entry into politics through the DMK Party, in 1953 (with the aid of M Karunanidhi) that would change everything for good. A meteoric rise within the party and without meant a falling-out; he began his own party, the AIADMK, which garnered fantastic support. He went on to become Tamil Nadu's chief minister thrice: 1977, 1980 and 1984, right up to his death. 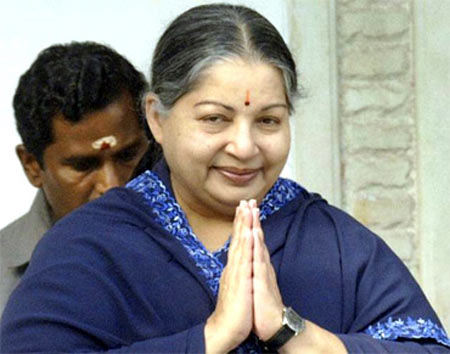 No one could have guessed that the fair-complexioned, dainty young woman, who entered Tamil cinema at 16, debuting under director Sridhar in Vennira Aadai, would later storm both cinema and politics.

Although she acted with practically every popular actor of the time, her pairing with MGR would prove propitious.

She assumed the position of AIADMK's propaganda Secretary in 1980, and was elected to the Rajya Sabha in 1984. Her life in politics was on the up-swing; in 1991, her party's alliance with the Congress ensured her victory in the elections.

She became the youngest ever chief minister, and the first female to be so, in Tamil Nadu. Known to her followers respectfully as "Amma," she lost the elections in 1996, but came back to power in 2001. Post a defeat, once again, in 2006, she assumed power, once again with a landslide victory, in 2011 and is Tamil Nadu's current chief minister. 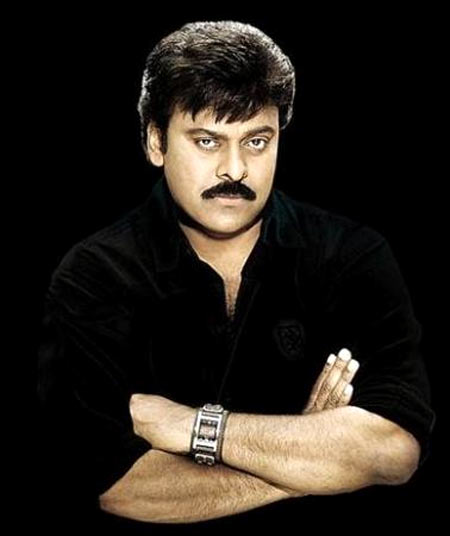 Who would have thought that Konidala Siva Sankara Vara Prasad would end up as not only one of Telugu cinema's biggest stars but also an important contender in the state's politics?

But that's exactly what happened, except that people know better as Megastar Chiranjeevi, or Chiru, as he's fondly known to his fans. Always interested in acting, he made his debut in the film Punadhirallu, although it was Pranam Khareedu which released earlier, in 1978. From then on, he acted in a slew of films over the decades, re-inventing Telugu cinema hero's profile every which way and won numerous awards.

From there, it was only a short step to politics: in 2008, he floated his own party, the Praja Rajyam. The general elections in 2009 saw the party win 18 seats in the Andhra Pradesh State Assembly.

Chiranjeevi himself emerged a winner, elected a member of the state assembly from the Thirupathi Constituency. Controversies however, dogged his political life and in 2011, he emerged Praja Rajyam with the Congress Party. 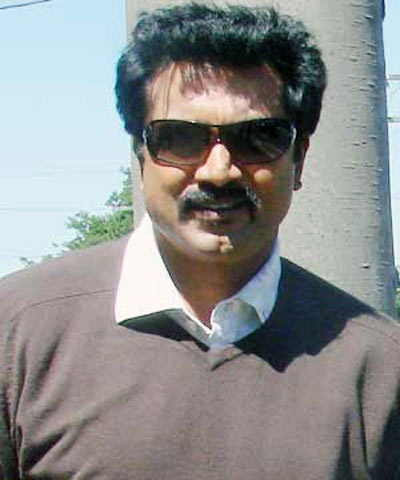 Once a fairly consummate villain in Tamil cinema, R Sarathkumar's rise to stardom happened almost overnight, with the film Suriyan.

Sarath Kumar would go on to be a part of great many more films, not all of them successful, but enough for him to retain his standing as a hero.

The political bug bit him in 1996, when he joined the DMK, and became a Rajya Sabha member in 2002. He soon left them, however, and joined AIADMK in 2006, but his affiliation to them was short-lived as well.

Leader Kamarajar had always inspired him, he said, and soon floated his own political party: Akila India Samatuva Makkal Katchi, in 2007. As recent as the 2011 elections, his party made an alliance with the AIADMK, and Sarath Kumar, who contested from the Thenkasi Constituency, won. Disputes among his affiliates notwithstanding, he seems to be on sure footing, so far. 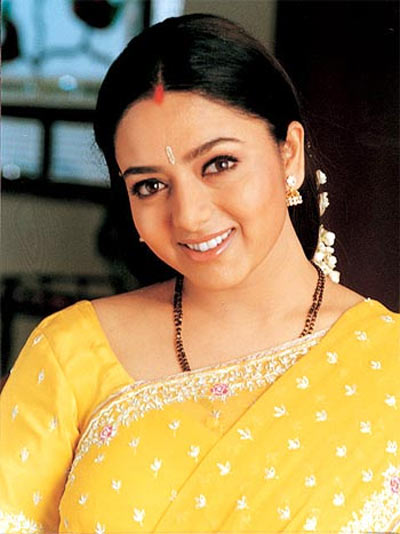 A hugely successful actress in Telugu, Kannada Tamil and Malayalam, Soundarya made her debut in 1992, in the Kannada film Gandharva, when she was a medical student.

Her enormous popularity in cinema, especially Telugu, meant that she became a full-fledged actress, even doing a movie in Hindi, Sooryavansham, opposite the legendary Amitabh Bachan.

She even produced a movie, Dweepa, which earned her the National Award for Best Actress.

Having joined the Bharatiya Janata Party, she had started out on a trip with her brother in April 2004, to campaign for the party when her Cessna plane crashed near Bangalore, resulting in her death. 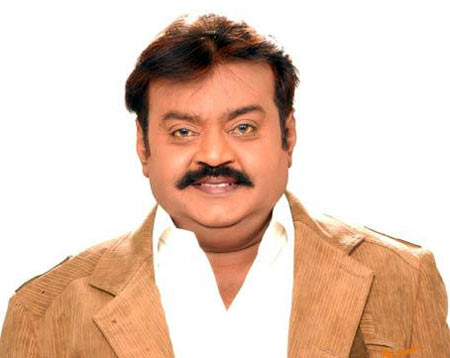 Known affectionately among his party members as "Karuppu MGR" (Black MGR), Vijaykanth's rise in Tamil cinema was slow and steady. A native of Madurai, he made his debut in the film Inikkum Ilamai; he inched up the ladder, battling competition from stars such as Rajnikanth and Kamal Haasan, during the 80s and 90s.

The critically and commercially successful Captain Prabhakaran earned him the sobriquet "Captain;" ever since then, Vijaykanth has been known more and more as the honest and upright police officer, as far as his acting career was concerned.

Vijaykanth formed the Desiya Murpokku Dravida Kazhagam (DMDK) in 2005 and famously announced that his party would be a fresh new opponent for the reigning DMK and AIADMK parties. His party contested in the 2006 elections and won a single seat. Undeterred, he contested in the 2011 elections, this time, having formed an alliance with the AIADMK.

Out of the 41 seats he contested in, Vijaykanth and party won 29, thus cementing his place in Tamil Nadu politics. 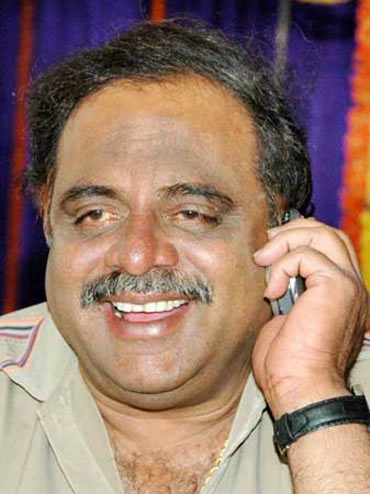 He did, however, enter the Kannada film industry under the aegis of the legendary Puttanna Kanagal, in a role with negative shades. Soon, fortune would turn and Ambareesh would become a name to reckon with in Southern cinema, earning the title Rebel Star.

Originally a member of the Janata Dal, he was elected as a member of the Lok Sabha from his constituency, Mandya, a position he would continue to occupy when he joined the Congress. He also, in 2006, became a Minister of State, for Information and Broadcasting, a post from which he resigned in 2007. 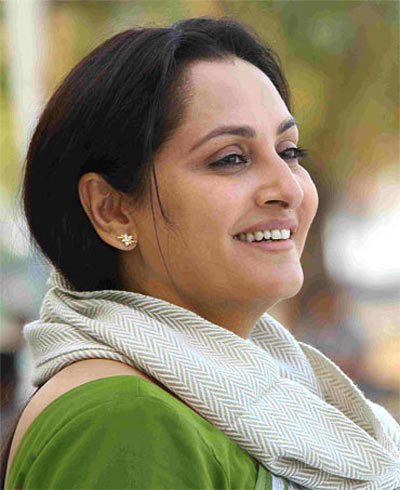 Her acting career began very early -- at fourteen -- but for a young woman who had already been immersed in the fine arts, it was only a matter of time.

An accredited beauty who was praised by the likes of Satyajit Ray, Jaya Prada proved she could act as well, with movies such as Anthuleni Katha, Saagara Sangamam and 47 Naatkal.

Entering the Telugu Desam Party in 1994, she later joined the Samajwadi Party and became the Rampur MP in 2004. Later, her political career entered murky channels; she did, however, get re-elected in 2009.

In 2010, she was dismissed from it for having indulged in what the party called "activities inimical to its political interests and damaging its image." As of 2011, she is part of the Rashtriya Lokmanch, Amar Singh's banner. 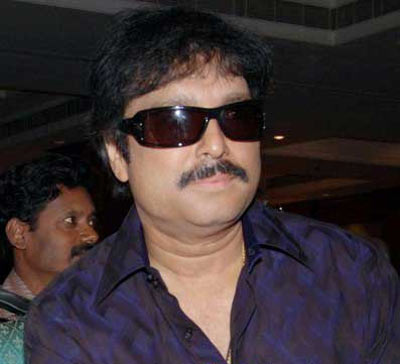 He was the lover-boy of the eighties, the guy every girl swooned over, and the next shining star set to take over Tamil cinema.

The son of popular actor Muthuraman, Karthik did achieve some stardom into the nineties as well, especially with movies like his debut Alaigal Oyvadhillai and Mani Ratnam's Agni Natchathiram. But his star faded fast.

He entered politics in 2006, and became the secretary of the Tamil Nadu State Unit of the All India Forward Bloc. Much later, in 2009, he began his own party, the Akila India Naadalum Makkal Katchi in 2009. So far, however, his political career has been lacklustre. 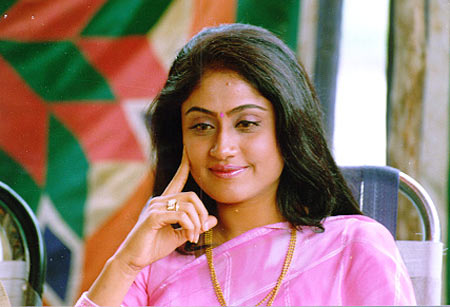 The Lady Superstar of Southern cinema was such a hit in her cop roles that she gave her male colleagues a run for their money. Beginning her acting career with Bharathiraja's Kallukkul Eeram, Vijayashanti went on to debut in Telugu as well; in 1991, her Karthavyam brought her laurels that gave her superstar status.

Politics was the next step; she joined the Bharatiya Janata Party in 1997 and was soon made the secretary of its women's wing. Her acting career slowed down; politics took precedence. She won the Medak constituency in the 2009 elections and is still, very much, the iron woman of the state. 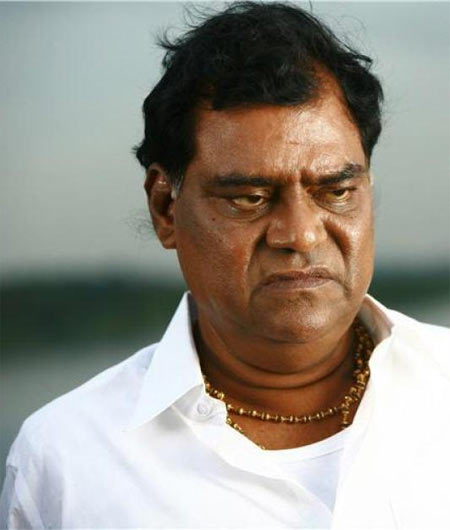 This theatre and character artist may have made his film debut in 1978, through Pranam Khareedu, but today, he's best known as one of the most popular villains in Southern cinema.

Aside from a flourishing career in films, he was also an MLA from Vijayawada East assembly from 1999 to 2004, in Andhra Pradesh.