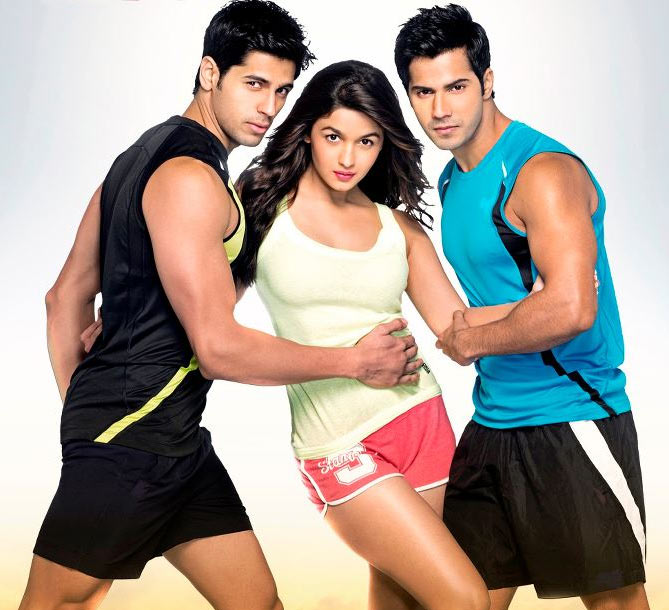 Whether or not they win awards, land magazine covers or make box office hits, there’s one thing almost no Bollywood actor can avoid -- playing a college student on the silver screen.

It doesn’t matter then how old the star is or has never seen a campus in real life as long as he/she gets to advocate literacy in the most filmi fashion.

Over the decades, Bollywood’s depiction of the institution of higher learning has gone all sorts of changes to mirror, reliably as ever, an exaggeration version of the times we live in. 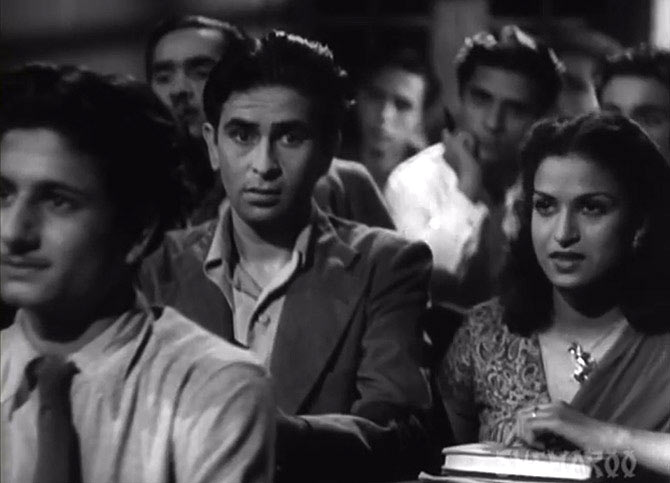 Things were rather coy back in the 1940s but Hindi cinema’s portrayal of co-ed studies is elegantly communicated through Dilip Kumar and Noor Jehan’s campus flirtations in the black and white classic, Jugnu.

Meanwhile, Raj Kapoor finds himself at the receiving end of his professor’s rebuke after he catches him yapping with classmate and crush, Kamini Kaushal in his directorial debut, Aag. 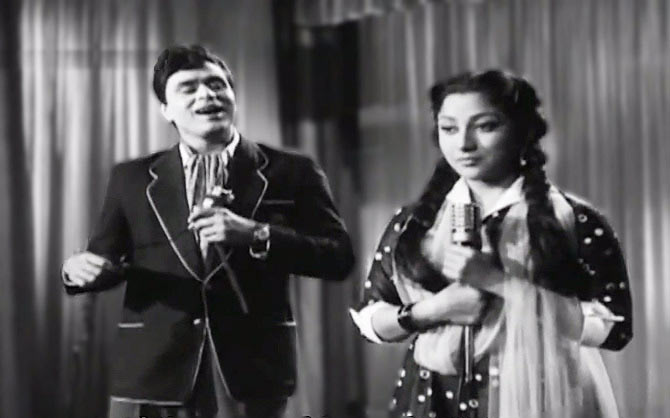 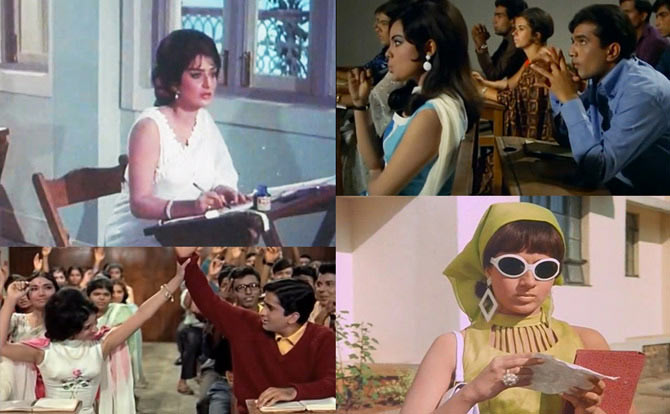 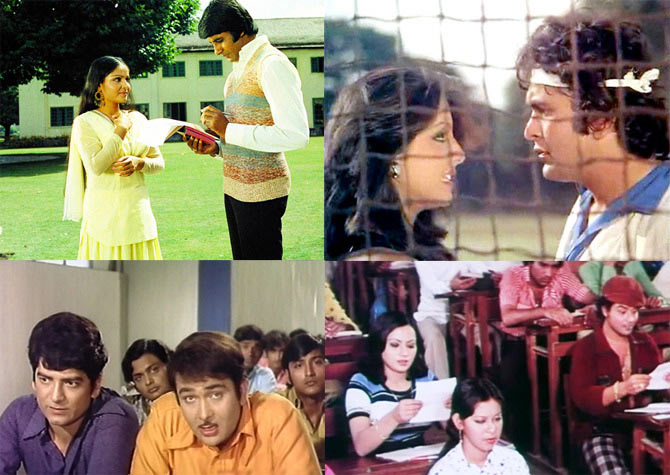 By the 1970s, romance dominated all the chapters of Bollywood’s idea of what common folk do in college. 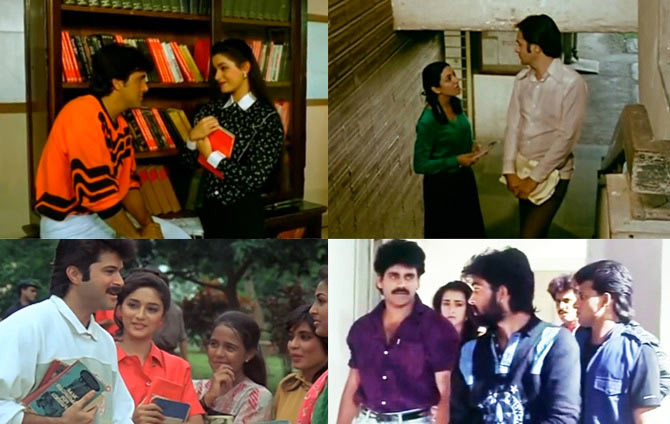 Govinda and Neelam got another excuse to underscore their reputation as the cutest Bollywood Jodi on the rise with the kerchief caper, Sindoor.

But it’s Ram Gopal Varma’s Shiva, which turned its face on mushy elements to focus on the hostile facet of classroom politics. 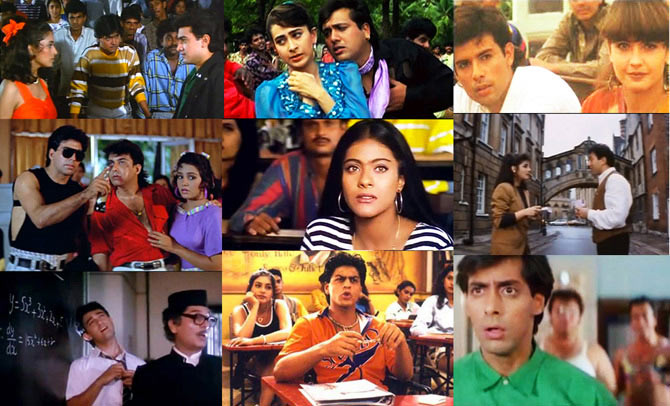 So instead of paying attention in class, Aamir Khan and Madhuri Dixit fought like cats and dogs in the college doorways in Dil, Aamir, again, got a taste of heavy-duty campus rivalry in Jo Jeeta Wohi Sikandar, Govinda ribbed Karisma Kapoor about her sexy pant, shirt and more in the campus and still didn’t get suspended in Dulaara, Ronit Roy came up with an elaborate proposal for “romance ka bhi ek lecture” in Jaan Tere Naam, Akshay Kumar embodied the college/canteen dude in Khiladi, Pooja Bhatt got rid of her stutter and shyness thanks to her brilliant Sir, Salman Khan experienced the worst case of ragging in Baaghi, Kajol lost her heart to Bobby Deol on the first day of college in Gupt and Raveena Tandon and Sunny Deol pretended to be Oxford geeks in Kshatriya. 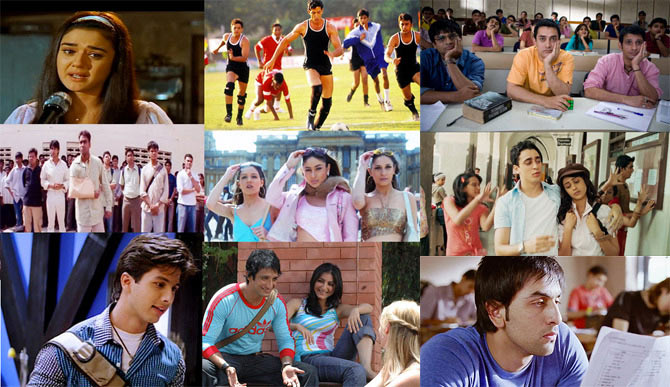 On one hand, it addressed their sense of growing unrest through hard-hitting fare like Rang De Basanti, the need to erase apathy (perfectly essayed in Ranbir Kapoor’s poor little rich boy of Wake Up Sid) against the backdrop of student politics in Yuva, the woes of Preity Zinta’s college-going teen mom in Kya Kehna and the futility of mindless mugging or traditional training through the lively accounts of three best friends in 3 Idiots.

On the other, it stuck to its favoured route of launching fresh new faces through Riverdale rom-coms like Ishq Vishk and Jaane Tu... Yaa Jaane Naa.

Meanwhile, Kareena Kapoor and Hrithik Roshan reminded us why they’re every teen favourite poster celebs with their shiny ‘Prom Queen’ and ‘Jock’ avatars. 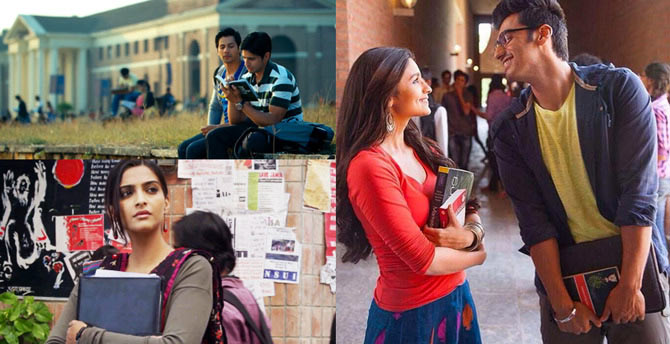 And only recently, Arjun Kapoor and Alia Bhatt played MBA students who fall in love while studying at the prestigious IIM campus in the big screen adaptation of Chetan Bhagat’s 2 States.