How will Hrithik compare to these Greats? 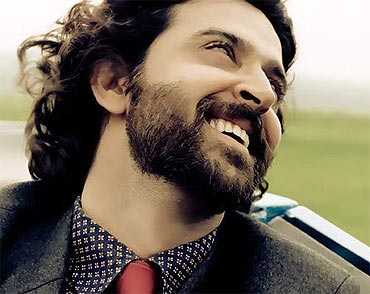 Known to swim against the tide, Hrithik Roshan is back in yet another unusual avatar.

Most Hindi films tend to trivialise such a subject by lending it a ridiculous twist wherein the blind begin to see and the lame begin to walk by some stroke of miracle.

On the other hand, world cinema treats such themes with remarkable sensitivity.

On that note, a look at the international comparisons Hrithik's well-researched performance may be up against. 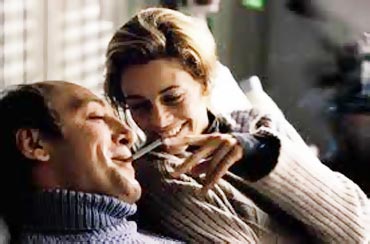 Image: A scene form The Sea Inside

Said to be the inspiration behind Guzaarish, this Academy-award winner (for Best Foreign Film) is based on the true story of Spaniard Ramon Sampedro, played by Javier Bardem and his request for euthanasia after an unfortunate diving accident leaves him severely paralysed.

Bardem's touching performance won him acclaim as well as an Oscar nomination for Best Actor.

He eventually won an Oscar playing the weird baddie Anton Chigurh in the Coen brothers's No Country for Old Men.

The Diving Bell and the Butterfly 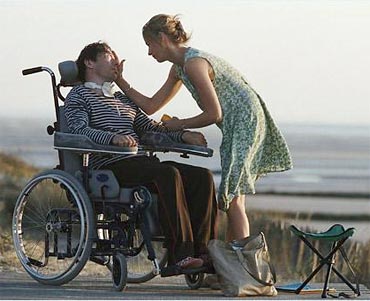 Image: A scene from The Diving Bell andthe Butterfly

Again based on a true story. The Diving Bell and the Butterfly revolves around Jean-Dominique Bauby, a fashion magazine editor (Mathieu Amalric at his inspiring best) who loses complete mobility except in his left eye following massive stroke.

Even so, he establishes an astounding mode of communication by blinking, deciphered by his speech therapist to reveal the inner workings of his head resulting in a spectacular memoir.

Like Bardem, Amalric too decided to play a baddie after playing such an intense role; you may have seen him as the sinister Dominic Green whom 007 takes on in Quantum of Solace. 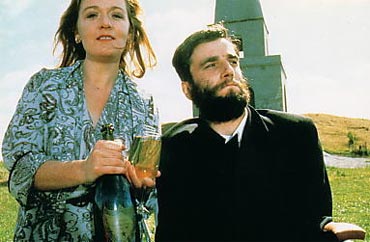 Image: A scene from My Left Foot

Jim Sheridian became a director to watch out with this drama.

Daniel Day-Lewis won the first of two Oscars and was hailed as the genius of his generation after he played Christy Brown who is restricted to a wheelchair as a consequence of extreme paralysis.

In the first of many roles where he tries to stay in character, the perfectionist Day-Lewis -- the son of the British poet Cecil Day-Lewis -- insisted on moving around in a wheelchair during the shooting of My Left Foot.

Born on the Fourth of July 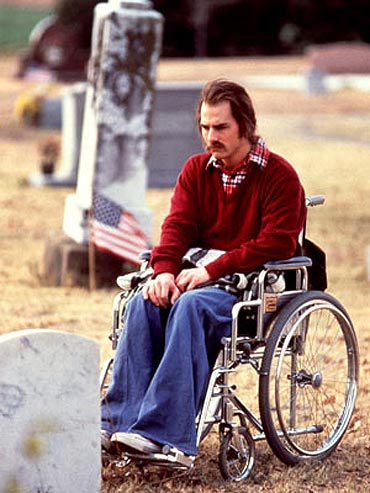 Image: A scene from Born on the Fourth of July

Tom Cruise tries hard, and is almost always credible in the roles he plays.

But his pearly teeth sometimes get better notices than his parts.

As Ron Kovic, a paralysed Vietnam war veteran turned active pacifist in Oliver Stone's Born on the Fourth of July, Tom (who was born on the Third of July) turns in arguably a career-best performance (though Jerry Maguire must come real close).

Although not everyone was convinced about casting Cruise -- his distracting good looks, they argued, would be a distraction -- the actor erased every doubt and won an Oscar nomination (three noms for Tom, but alas no win yet). 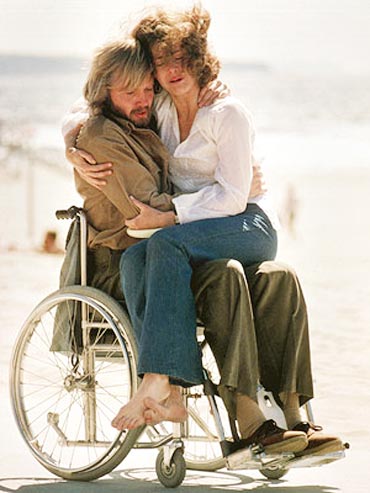 Image: A scene from Coming Home

Badly injured during the Vietnam war, a soldier (Jon Voight), confined to a wheelchair, recovers in a hospital in California. Despite his paraplegic state and understandable resentment, he finds himself drawn to a married woman (Jane Fonda).

Their relationship helps them see life with renewed optimism.

Voight's convincing work in Coming Home won him an Oscar (he has three other nominations), and the first of two Academy Awards his family would win.

Angelina Jolie, his daughter who recently patched up with her father after a long estrangement, won a Best Supporting Oscar for Girl Interrupted when she was just 24. 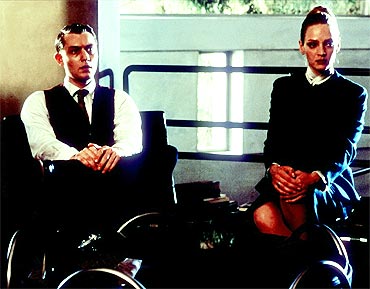 Image: A scene from Gattaca

The sci-fi drama features Jude Law as a former swimming sensation with a brilliant genetic code.

After a near fatal car accident results in waist down paralysis, the wheelchair-bound Law suggests someone else use his identity and DNA to pursue a career in aerospace.

Uma Karuna Thurman fell in love with Ethan Hawke on the sets of this film; they married in 1998, a year after Gattaca released, when Uma was seven months pregnant. They split up five years later. 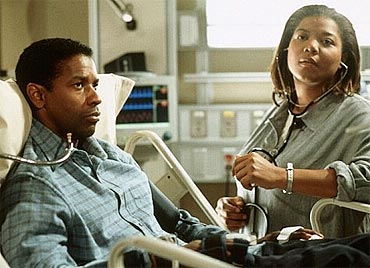 Image: A scene from The Bone Collector

Denzel plays a forensics expert who tries to nail a serial killer from his bed after an accident has left him paralysed.

Washington so dominates the movie with his Sherlock-like performance that most people forget that he has a worthy Holmes, Detective Amelia Donaghy, played by Angelina Jolie.

Giimpses of The Bone Collector's plot reappear in the first episode of Sherlock, the must-see, updated-to-2009, television serial on Sir Arthur's classic character, featuring Benedict Cumberbatch in the role Jeremy Brett made his very own.