Can Katrina pull off a Hema Malini? Vote! 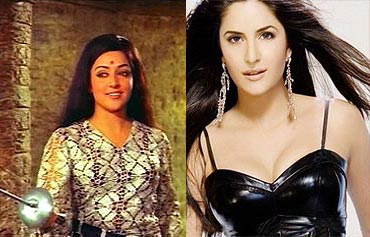 Bollywood is all about fads and formulae. As soon as one 'in-thing' goes out, another comes in to take its place.

After the bad sequel overkill, filmmakers have now embarked on a remake spree.

The idea is to grab the rights of a much-adored classic, tweak its plot to make it more contemporary and embellish it with the hottest stars of today. The upshot is a sizzling hot box office proposition.

It's a much frowned upon concept by purists who, understandably, don't want the original to be tampered with. Disapproval aside, the remake trend is gaining precedence and how.

On that note, here's a quick poll on how the fresh batch compare to the actors who made these characters immortal in Hindi cinema.

A perky Katrina Kaif slips into Hema Malini's mammoth shoes to play twin sisters with contrasting personalities in Dibakar Banerjee's revisiting of Ramesh Sippy's frothy entertainer. While she's demure enough to convince as the sober Seeta, will Kat be able to match the enormous energy levels, acrobatic agility and piquant chutzpah of Geeta? 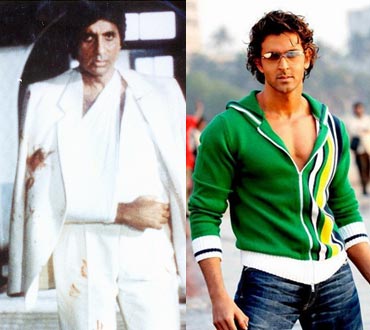 Up next, glamorous star Priyanka Chopra signs up to do the same for Hrithik in its upcoming remake.

After doing multiple get-ups in disappointments like What's Your Raashee and 7 Khoon Maaf, PC gears up to get into regular heroine mold here. Whaddya think? 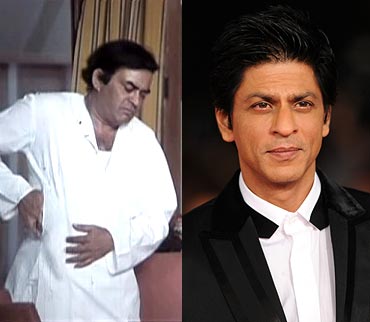 Irrespective of the reviews, SRK relished in snatching Amitabh Bachchan's popular moniker and bag full of fancy punch lines in Farhan Akhtar's glossy but vacuous upgrade and a yet-to-release sequel.

The man's up for the challenge yet again with Rohit Shetty's reworking of Gulzar's enchanting comedy of errors, Angoor. The prospect of SRK as Sanjeev Kumar, not one but two, is as bizarre as it is fascinating. No? 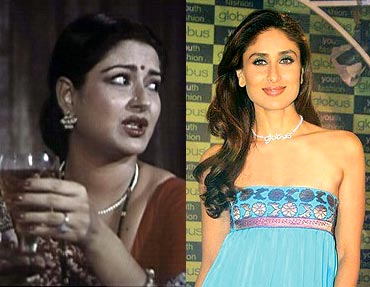 When it comes to playing the cute imp, Moushumi Chaterjee proved to be reliably efficient. She was rather adorable as the perplexed, loving yet bantering wife of Sanjeev Kumar.

Think Kareena, with her trademark ebullience and flawless spontaneity, can do the same? 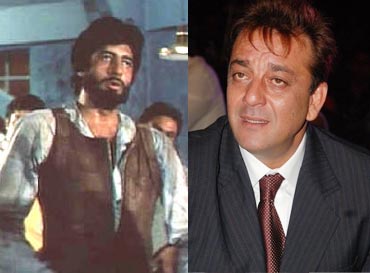 One thing's for certain, everyone wants a piece of Amitabh Bachchan's resume. The superstar has some of the most memorable roles to his credit.

And so after SRK and Roshan Jr, it's Sanjay Dutt turn to channel AB's towering persona and engaging antics, again a double role, in the upcoming remake of Raj N Sippy's musical blockbuster, Satte Pe Satta. 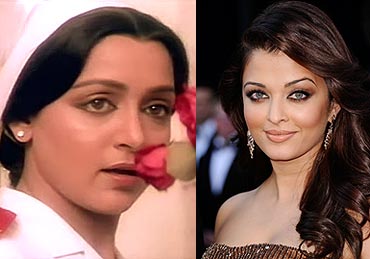 If not AB then ARB, the 1982 hit is blessed to star one Bachchan or another.

The Guzaarish star bears the regal air associated with Hema Malini. But can Ash be as commanding and no-nonsense as the latter's don't-mess-with-me nurse-turned-bhabhi in Satte Pe Satta redux? 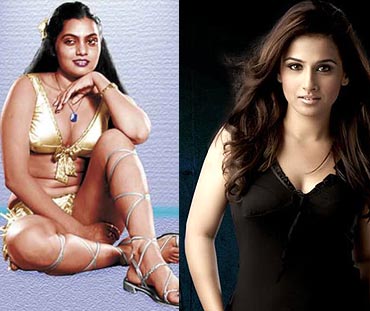 He picks an unlikely candidate in Vidya Balan to essay the part. Best known for hard-hitting parts in films like Parineeta, Paa, Ishqiya and No One Killed Jessica, VB is on a weight-gaining spree to fit the image of a sensual siren.