The 10 Most Bizarre Villains in Bollywood 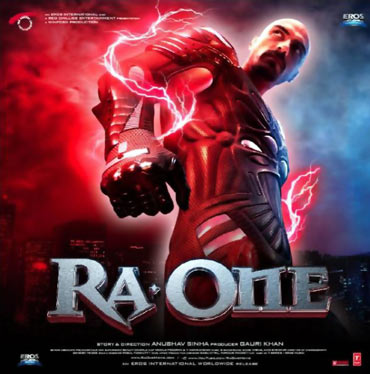 Arjun Rampal's set the rat among the pigeons by tweeting his look from the upcoming Ra.One, and we thought it would be fun to look at the most bizarre looking bad guys in Bollywood.

Here's my top 10. Click on so you, dear reader, can vote for the best at the end of the list:

The latest Ra.One image finally acquaints us with the film's titular villain. Arjun Rampal wears a peculiarly sized scarlet suit, and sports a biker-goatee to go with a bald head.

Well, I guess the one thing some films at least get right about a bad guy is literally making him look bad. 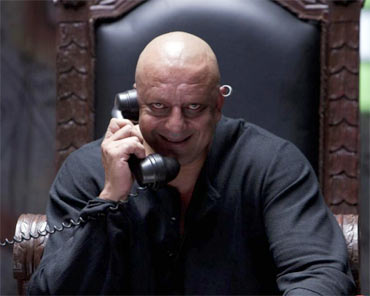 Speaking of which, Dutt. I've referred to him before as looking like Shrek having swallowed Mogambo, and can't top that.

Bald, bicepped and decidedly Ogre-y, the good thing about Dutt's take on Kancha Cheena -- the role made immortal by the one and only Danny Dengzongpa -- is that it won't possibly be compared with the original. 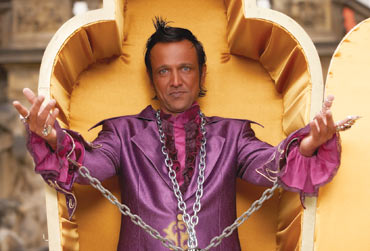 With hair like a gel-loving Tintin, robes like Dr Strange dressed for Elton John night at the local wizarding hole, and significant shizophrenia, Kay Kay was the most outlandish and by extension -- thanks to his acting chops especially in comparison to his co-actors -- the only enjoyable thing about this Goldie Behl mega-dud.

For a gangster who doesn't know English, somewhere during his aspirational West-worshipping, Kapoor must have picked up a collection of hip-hop videos.

Dressed in furs, zebra stripes, sheer shirts and insane shoes, the man had enough bling on him to look like he was rolling out of West Coast Customs. 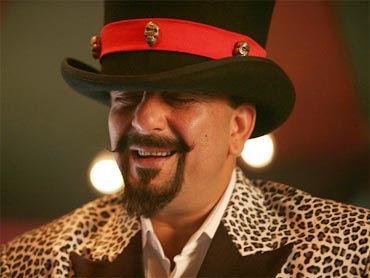 Wearing a tiger-printed suit and a weird, felt-type top hat with a ridiculously red stripe across it, it's hard to picture Dutt's evil Ringmaster ever actually scaring anyone or anything.

That weird goatee, on the other hand, would have scared many of us sightless if we'd actually bothered to watch the film. 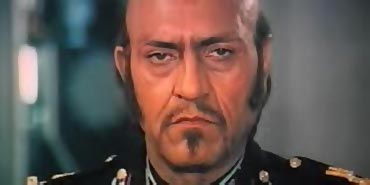 No matter how painful the film is and how awfully it did, everyone, repeat EVERYONE, remembers "Shom shom shom shaam-o shaa shaa."

Amrish Puri's rogues were memorable by default, but this serpentine one with the decidedly pun-inspired name Dong was much more bizarre than even we expected. 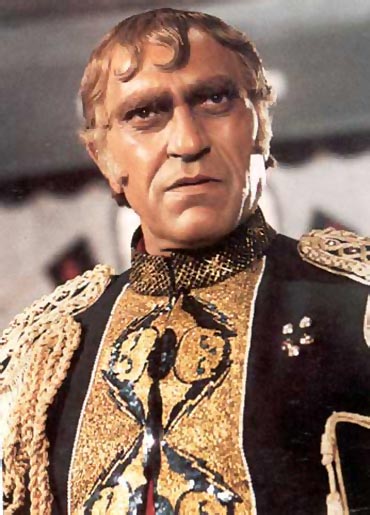 This, of course, was what set the bar for Puri's villains. A world hungry megalomaniac with a near BappiDa love for finger jewellery, Mogambo had strange gold hair, complete with two spit curls (that's one more than Superman, yo) and dressed to audition for Sgt Pepper's Lonely Hearts Club Band.

All the villians in Mard 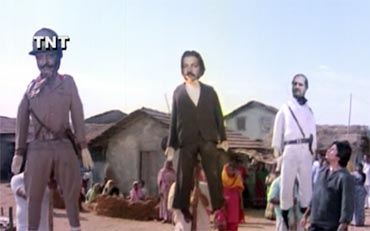 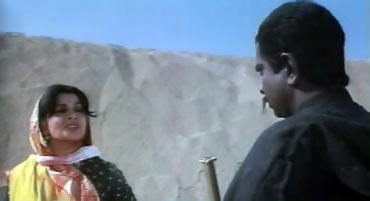 Ah, just another three hours in Anil Sharma's head. Which means extremely highstrung jingoism, much yelling, bloodlust and some love for a Deol.

This one has Dharmendra trying to bring down Amrapurkar's actrocious looking overlord, and is worth a watch just for the bad guy's expressions. And that look. Oh boy. 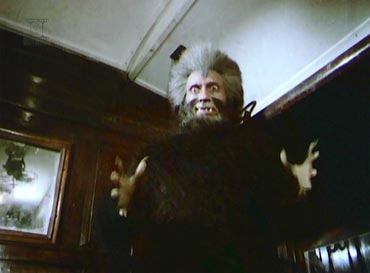 I know, I know, we keep bringing up Amrish Puri here but it's honestly been hard not to make this a Top Ten Amrish Weirdos list.

And in 1979 stunner Jaani Dushman, he plays a werewolf. With a head that swivels all the way around, a la The Exorcist. How could we not include this?

Vote! Who's the most outlandish Bollywood baddy?