Katrina or Anushka: Who's HOTTER? Vote! 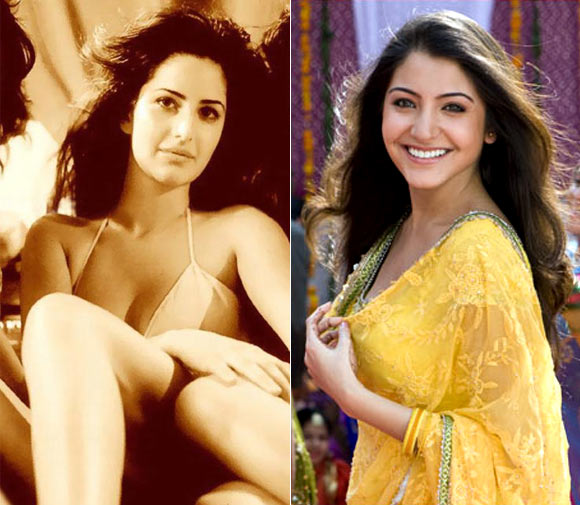 They're both beautiful, hardworking and not from the film industry. And they've both worked with A-listers, big banners and starred in hits and flops.

Give it up for two of Bollywood's most vivacious ladies -- Katrina Kaif and Anushka Sharma.

And now they're both paired opposite Shah Rukh Khan in the late filmmaker Yash Chopra's Diwali offering, Jab Tak Hai Jaan. As in the case with most two-hero/heroine projects, comparisons are inevitable.

And so much fun!

So we decided to pitch the hotties against each other and find out who's gets your vote. Knockout Katrina? Or Awesome Anushka? Here's evaluating their merits under various categories to know which one is the fairest of them all.

And Best Debut Trophy goes to...

One started her career seducing Gulshan Grover for the worst film of the decade in a role she's understandably too embarrassed to talk about.

The other lived out every newcomer's dream playing a central role in Aditya Chopra's third film as director opposite Shah Rukh Khan.

Razzle Dazzle on the Ramp 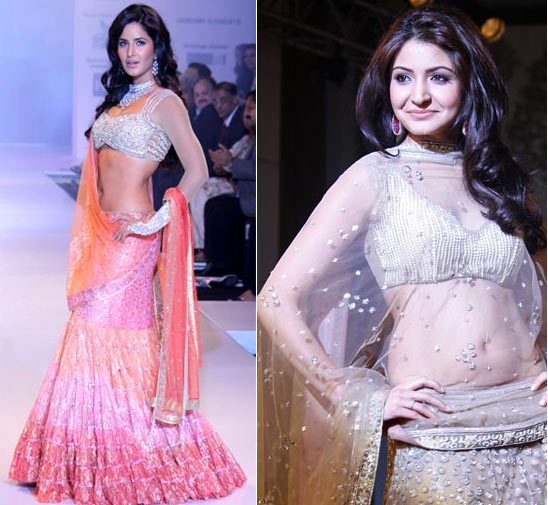 Both Kat and Anushka began their career as models. No wonder they play the part so perfectly when fashion designers ask them be the showstopper of their exclusive creations.

Between Katrina's grace and Anushka's poise, we can barely make our minds. 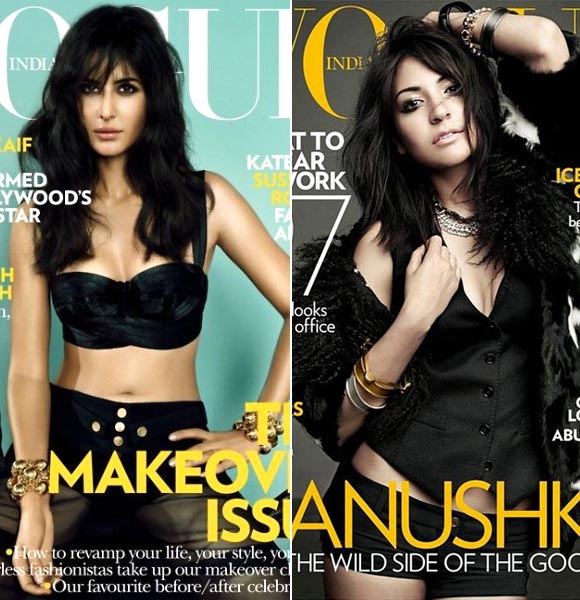 Every heroine strives to breathe glamour on magazine covers. Katrina and Anushka are no exception.

And both these women sport an almost similar sexy, smoky-eye look in little black shorts look for Vogue. Got a favourite?


Who looks best opposite SRK? 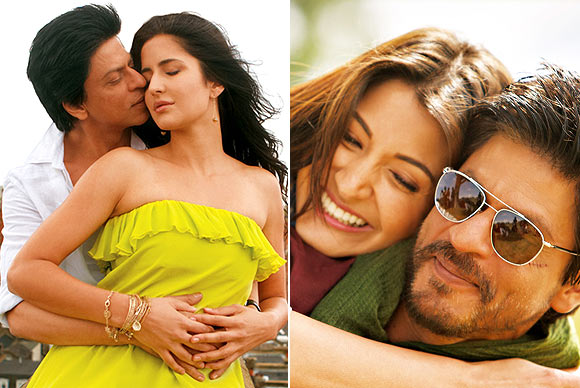 Too bad, you can't pick Kajol.

While Anushka shared a tender chemistry with SRK in her debut, Rab Ne Bana Di Jodi, the actress plays a livewire documentary filmmaker called Akira in Jab Tak Hai Jaan. Unlike Taani Partner, her equation with the superstar is much more direct and passionate here.

Meanwhile, this is Katrina's first experience as King Khan's leading lady. And the two share an epic romantic bond as Meera and Samar. And if the promos are anything to go by, they look pretty darn great together.

Their lip-locking skills may not be as prolific as Emraan Hashmi but have gathered suitable attention every time.

Point is, who do you think did a better job? Anushka's sweet and slow smooch with Ranveer Singh in Band Baaja Baarat or Katrina's no-holds barred smack on Hrithik Roshan's lips in Zindagi Na Milegi Dobara? 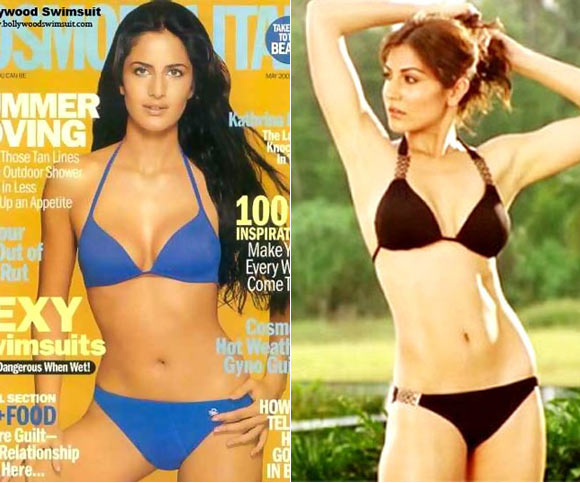 If you've got it, flaunt it has long served as a reliable mantra for many a Bollywood beauties.

Here are instances of the leggy duo showing off their enviable bodies in two-piece swimsuits. So which one's it going to be? 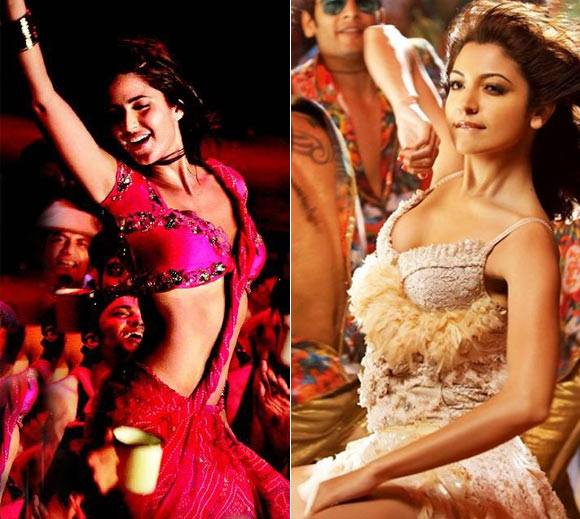 Item songs in Tees Maar Khan, Agneepath and Bodyguard have confirmed Katrina Kaif's proficiency at shaking a leg. (And her unbelievably toned belly.)

She's yet to do a Sheila Ki Jawani or Chikni Chameli but Anushka sure knows how to Dance Pe Chance, right?


Pride of the Red Carpet 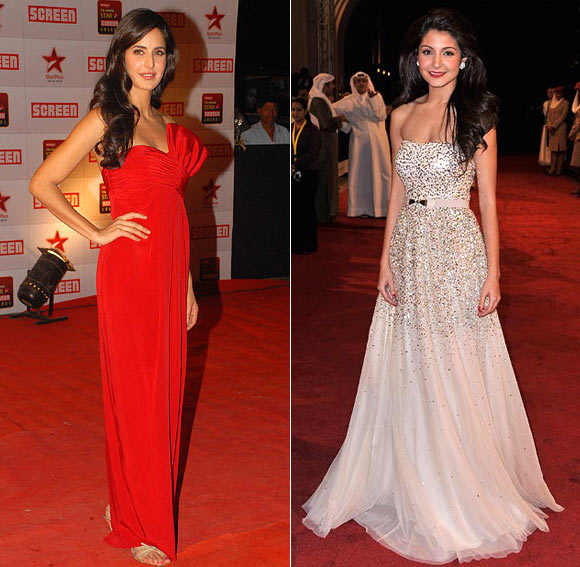 There's no doubting either's ability as a clothes horse but Anushka appears more fun in picking her wardrobe. She's always impeccable on the red carpet with her mix of classy, trendy and innovative.

Katrina, on the other hand, is a tad inconsistent with her style. When she dazzles, she goes all out. But when she doesn't, it's so meh, it hurts. It's always refreshing to see our gorgeous girls take a break from gowns and dresses to wrap themselves in seven yards of elegance.

Both Katrina and Anushka look smashing in sari. And they always drape it so tastefully unlike a certain Ms Patel.


May the Best Actress Win! 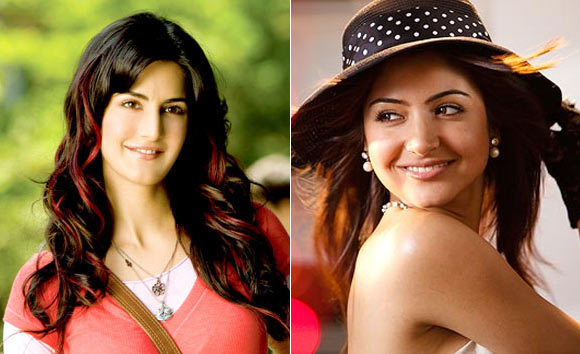 Katrina Kaif is an interesting success story. When she entered the film industry, she couldn't speak a word of Hindi but made noticeable effort to learn and get past mistakes like Boom. Slowly but steadily, she's made a name for herself as one of the most sought-after stars in the cutthroat world of Bollywood. Though she's no Vidya Balan, Kaif enjoys a stunning success ratio and has impressed with her work in films like Namastey London, Ajab Prem Ki Ghazab Kahani, New York and Raajneeti.

Even though Katrina has a five-year lead and is a decidedly more established superstar over Anushka, the latter need not worry. Right from her debut, the 24-year-old showed promise validated through her subsequent films, be it a memorable act in Band Baaja Baarat or spontaneous spirit in Patiala House, Badmaash Company and Ladies VS Ricky Bahl.

What can we say? May the best girl win!