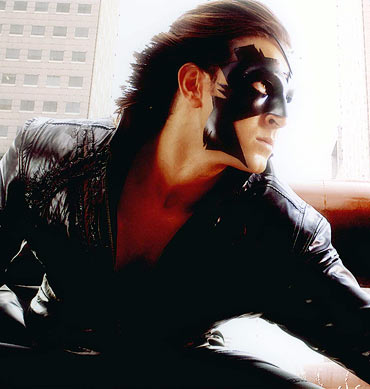 Image: A scene from Krrish
Raja Sen in Mumbai

As Shah Rukh Khan has made sure we are all aware of, he is turning into a superhero in Wednesday's release, Ra One.

Before Khan's G.One joins our tiny pantheon of superheroes, however, here's a look at Bollywood's superheroes in the past. Click through the slide show, and vote for your favourite at the end.

If, as the new Captain America movie would have us believe, superheroes were ranked based on their physique, then Krrish heads the Indian list by a country mile.

The son of a geeky man 'touched' in a special place by an odd blue alien, Krrish can run fast, jump faster and has super-strength. Not to mention the ability to carry off a PVC raincoat as a costume. 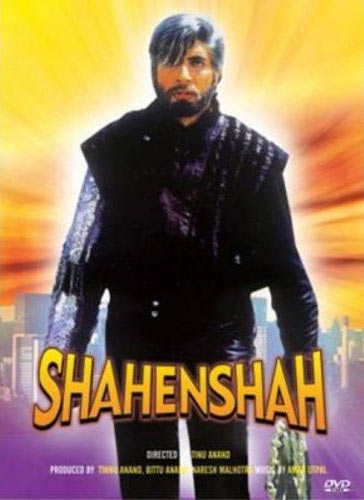 Image: A scene from Shahenshah

One on end there is the character, the paan-chewing corrupt and inefficient police inspector Vijay Kumar Srivastava. Then, there's his after-hours alter ego, the asthmatic white-wig wearing man with a chain-mail sleeve, Shahenshah.

Only Bachchan could make both those roles work, and that "call me daddy" dialogue remains an immortal one. 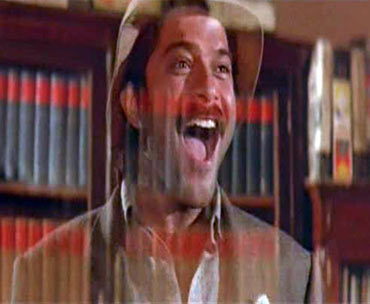 Image: A scene from Mr India

The gold standard in Indian superheroes, Mr India didn't need heavy special effects gimmickry or even a snazzy costume: Anil Kapoor spent the whole film either as a disembodied voice or in the same Arun Bhaiyya clothes from start to scratch.

All he had was a bracelet that made him vanish. But the character itself was tremendously original and fantastically played. Superhero films may come and go, but as the song truthfully said: Karte hain hum pyaar Mr India se. 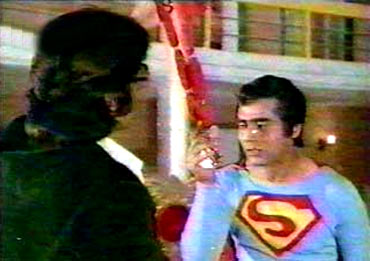 Image: A scene from Superman

In 1987, at the same time that Shekhar Kapur brought out Mr India, an enterprising filmmaker named B Gupta made a fascinatingly illegal Hindi version of Superman.

Puneet Issar starred as Supe, with Dharmendra as his father from Krypton, Ashok Kumar as Pa Kent and Shakti Kapoor as Verma, modelled after Lex Luthor. If you can find yourself a copy (and you owe it to yourself to hunt), you will agree that this is an artifact worth preserving. If only to giggle at. 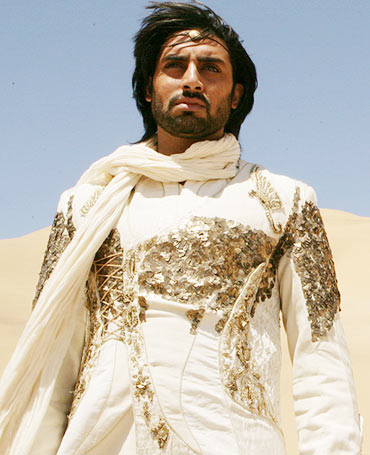 Image: A scene from Drona

Speaking of giggleworthy efforts, Amitabh Bachchan's son Abhishek tried his hand at playing a mythological superhero in Goldie Behl's Drona, a dismal effort if ever there was one.

Much money went into the special-effects laden extravaganza, but all the film served to show us was that Baby B couldn't even pretend to save the world. 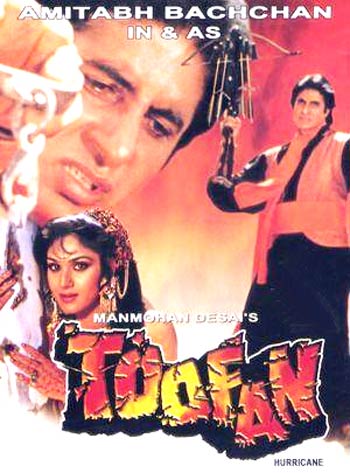 Image: A scene from Toofan

His dad, of course, did it repeatedly. A year after Shahenshah, Manmohan Desai's son Ketan directed Amitabh in this film which featured him in a double role: as a happy-go-lucky magician/conman and as a crossbow-carrying hero riding a horse, wearing a saffron cloak, and invoking Hanuman Chalisa on the soundtrack.

The Salim Khan script was quite comicbooky, and while the end result is overlong, it remains very watchable indeed. Switch on Zee Cinema any night of the week and see for yourself. 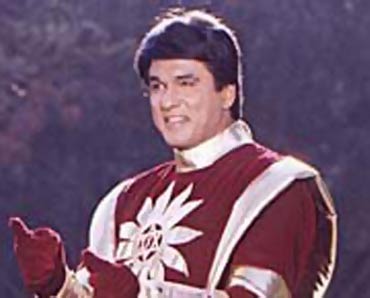 Image: A scene from Shaktimaan

Popular enough to cause many children to jump off the roof in daft attempts to ape him, Mukesh Khanna's Shaktimaan was a television phenomenon in the late 1990s.

A mild-mannered newspaper photographer by day, Shaktimaan was a yogically-powered swiss-army-knife superhero who could not just fly and turn invisible, but also turn his body into light, control the five elements of earth, wind, fire, water, sky, teleport and telepathically assert himself. Okay then. 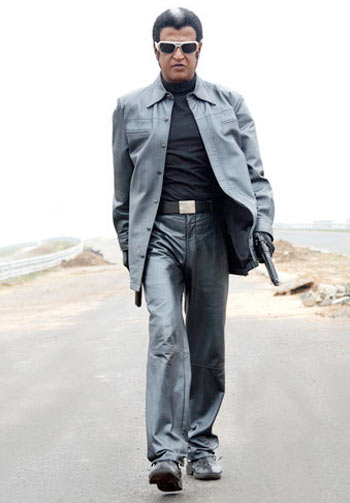 Image: A scene from Robot

In Shankar's most recent blockbuster, Rajinikanth played an ambitious scientist called Dr Vaseegaran who creates a highly functional android called Chitti, made in his own image.

Chitti seems perfect till it is found that his artificial intelligence does not allow for feelings, which is what Vaseegaran strives to give the robot.

On that happening, of course, Chitti realises the extent of his power and goes into egomaniacal world-dominance mode -- and does so rather spectacularly, it must be said. 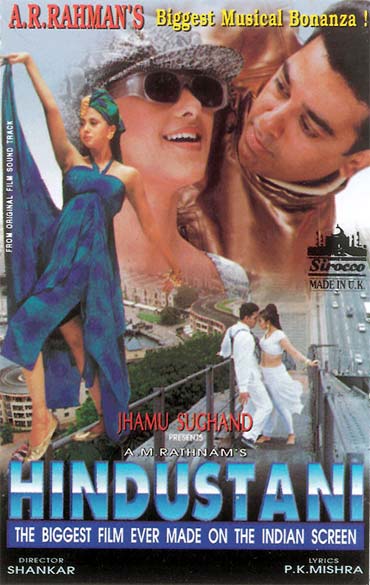 Image: A scene from Hindustani

Fifteen years ago, in another Shankar film, Kamal Haasan played a homicidal septuagenarian who enjoyed killing the corrupt. A former freedom fighter, Senapathy is a cunning vigilante who resorts constantly to extreme measures to try and make the country a better place.

A young Kamal also stars, but because he was corrupt, the older Kamal indiscriminately kills his own son. Not a man to mess with, clearly, but also quite a kook. The filmmaker left the door open for a sequel, which was never made. 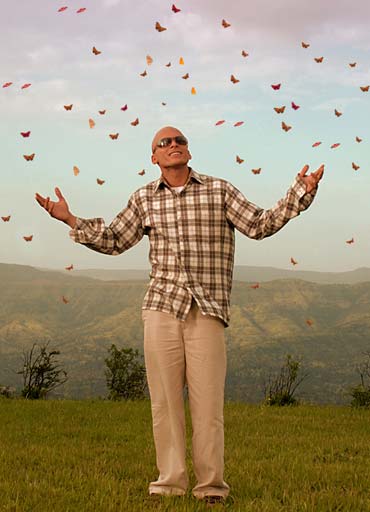 Image: A scene from Alag

Based loosely on the film Powder, Ashu Trikha's Alag starred Akshay Kapoor as a hairless youth who, as a result of being locked away in the shadows most of his life, is now painfully oversensitive to sunlight.

He is also an extremely powerful telepath, able to wake people from comas. Unfortunately, he has no Professor Xavier to help him channel his powers, and instead a villainous Dr Dyer who wants to harness his powers for evil. You know what, though? It wasn't a bad attempt. 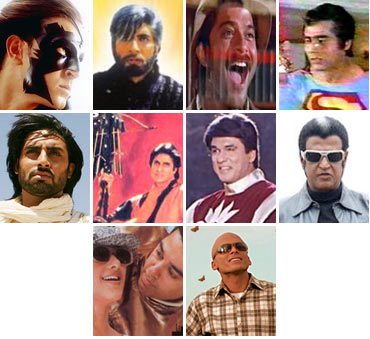