Filmi Fashion Face off: Who wore it better? 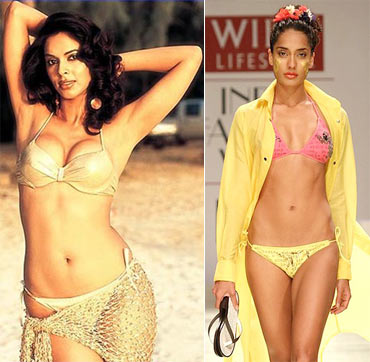 Getting dolled up is part and parcel of being a Bollywood star. And with every actress aspiring to raise her fan stock, the effort to look impeccable is constant.

Obviously, with so many fashion-forward hotties in the running, comparisons are inevitable. Whether it's a poll to snag some 'bikini babe' title or stealing the thunder off a red carpet, Bollywood's femme fatales never shy away from a healthy game of competition.

Here then is your chance to pick your favourite in an ultimate fashion face-off between tinsel town's snazzy beauties:

Not everyone has the body or attitude to pull off a bikini.

That has never been an issue for Mallika Sherawat and her perfectly curvaceous figure who's stepped out in a skimpy swimsuit on more than one occasion.

And if you prefer skinny over shapely, Aisha's Lisa Haydon with her unbelievably toned body type should be right up your alley. 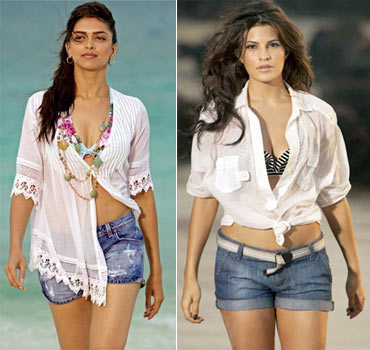 Beach or no beach, legs like those have no business staying behind ankle length clothing.

Guess Deepika and Jacqueline already know that, huh? So which one has you go weak in the knees?

Clash of the desi Barberellas! 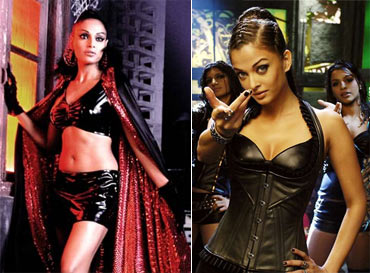 What happens when two of Bollywood's most popular beauties say YES to body-hugging leather? Not so surprisingly, the screen trembles with hard-to-handle hotness.

Bipasha Basu and Aishwarya Rai Bachchan aim to please (and tease) in their respective black-hot garbs. Question is, whom do you prefer?

Of goris and cholis! 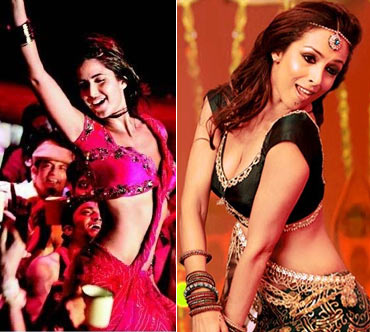 Once upon a time, Madhuri Dixit was pretty much the last word on all things choli.

Lately, however, Katrina Kaif and Malaika Arora have taken the mantle engaging in a war of moves with their super hot, super hit rendition of Sheila ki Jawani and Munni Badnaam. May the best item girl win! 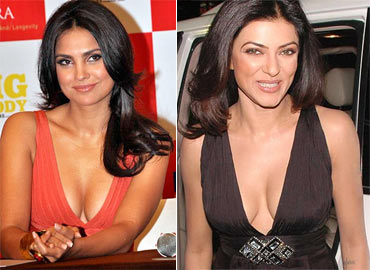 Not everyone's got the guts to slip into a plunging neckline. But the newly married Lara Dutta and happy mom of two adopted girls, Sushmita Sen follow the classic motto, if you got it, flaunt it. And boy, do they? 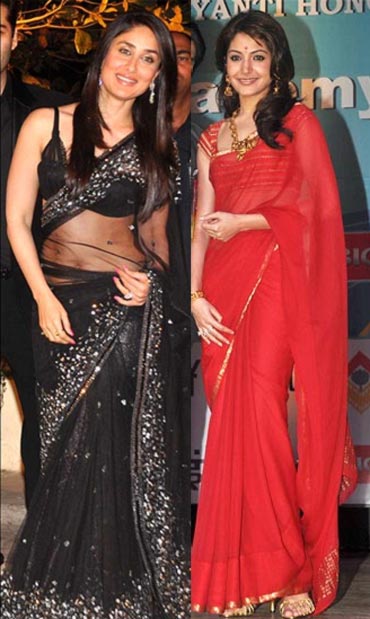 There are two ways of going about the classic garment.

Either glam it up, a la Kareena Kapoor, with a spaghetti strap blouse to flaunt those curves visible through the netted fabric or stick to the fundamentals, like Anushka Sharma, honouring its traditional appeal with gold and grace.

Gown girl in the ring! 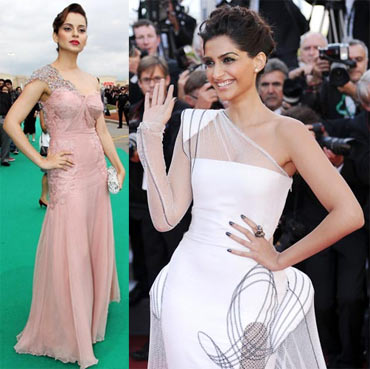 Both Sonam Kapoor and Kangna Ranaut enjoy the reputation of being super stylish. Both the stars love to dress out of the box. Even when it comes to gowns, there's nothing run-of-the-mill about their selection.

And while we cannot rave enough about Sonam's avant garde offering on the Cannes red carpet, we are equally floored by the Tanu Weds Manu star's tribute to old Hollywood on the IIFA green carpet. 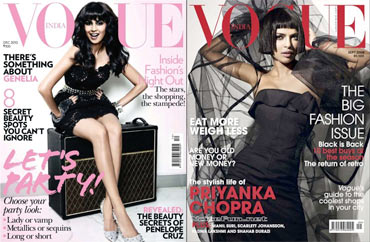 They're vibrant. They're versatile. And they're in Vogue.

Cover girls Genelia and Priyanka demonstrate their love for the classic black dress in their own distinctive style that's both hip and hot.

While Gen goes for a fiercer makeover, PC opts for an ultra mod getup. 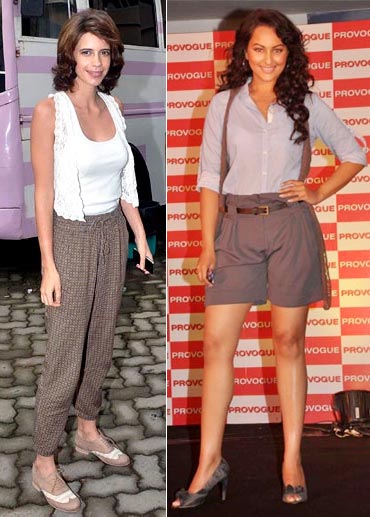 Celebrities are so preoccupied with dressing up, they almost forget how to do casuals.

Trust young blood like Kalki and Sonakshi to bring on the fun with their zany, unaffected take on everyday chic. 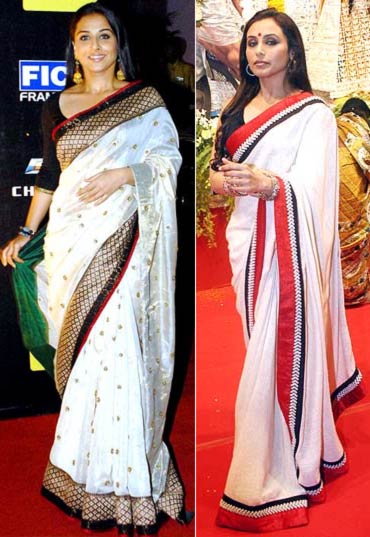 What do two of Bollywood's most talented actresses Rani and Vidya have in common apart from No One Killed Jessica? That's right! Fashion designer Sabyasachi Mukherjee! The duo swears by his creations.

Rani loves to drape herself in his weave of sophistication whereas Vidya has come a long way since her fashion-slammed days. Who do you think does complete justice to his vision?
More