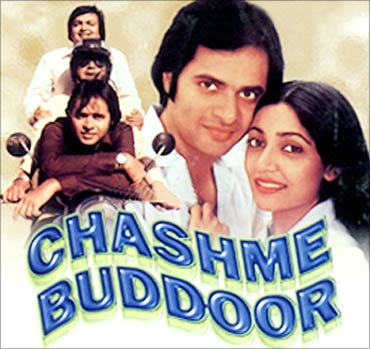 Is feel-good a genre?

It certainly should be. These are films that instantly pick you up; embrace you with their free flowing warmth, remind you of an innocence you've not quite given up on and characters that are so genuine, you don't want to let go.

Sai Paranjpe's Chashme Buddoor has all these qualities; it is cinema that delights every single time. I don't remember any more when I first saw it because I've lost count of the number of times I did.

Know of the kind who cannot resist offering an unsolicited running commentary of what is about to happen or what dialogue a protagonist will speak next, I am one of them while watching this 1981classic.

And at the risk of annoying the unfortunate fellow in the next seat, I am looking forward to watch its digitally restored version this Friday.

As part of PVR Director's Rare, which previously re-released Jaane Bhi Do Yaaron and Salaam Bombay, the Farookh Shaikh-Deepti Naval-Ravi Baswani-Rakesh Bedi-Saeed Jaffrey starrer will return to limited screens, interestingly, on the same day as its remake by David Dhawan.

While I can't help the remake trend, I sure can give you 12 reasons not to miss the original. 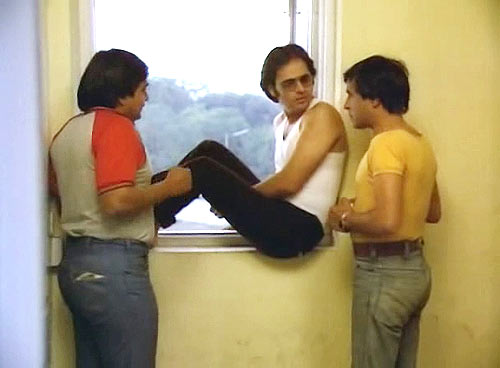 The filmmaker came out with Chashme Buddoor right after the sensitive, National-award winning Sparsh.

But instead of playing it safe and sticking to serious subjects, Paranjpe decided to work on a slice-of-life comedy about three friends, their lives and loves, a prank gone wrong and how all's well that ends well.

Her leading man, Farookh Shaikh once said that 80 percent of the romance comedy is purely Paranjpe -- it's her vision and writing, along with terrific performances from every single cast member, which has lasted the test of time and made it among the landmarks of 1980s.

And I concur, her ingenuity breathes in every easygoing frame of Chashme Buddoor's humour, dialogues, characterisation, motives, narrative, technique and even the choice of soundtrack -- Raj Kamal's eclectic score set against Indu Jain's lyrics and a great mix of voices ranging from Yesudas to Shailendra Singh and Hariharan and Hemanti Shukla (Kaali ghodi dwaar, Kahan se aaye badra, Pyar lagavat). 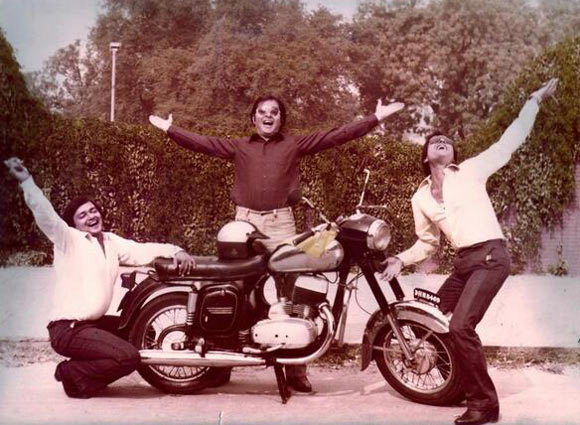 They serve the purpose of conveying the diverse personalities living under one roof.

And the imaginative opening credits play it out rather deftly with its wild menu of cut outs (scantily clad women, inspirational figures, artists) and various special effects rendered to significant images from the feature.

It's all too rad and makes for excellent merchandise inspiration. 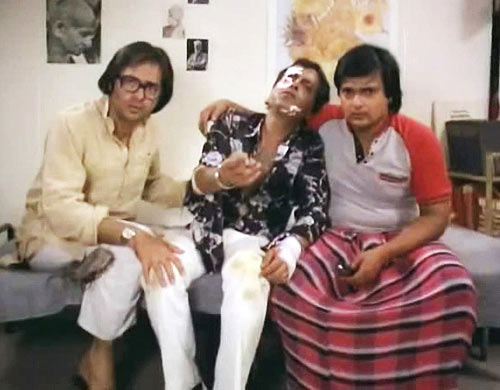 Paranjpe's depiction of a bachelor's pad is so accurate.

A fairly messy space with frail cots, books, papers, LPs, change of clothes loitering about even as they strut their towel-clad selves to brag about their so-called 'shikaar'.

All the three guys here -- Siddharth (Shaikh), the proverbial nerd, Omi (Bedi), the wannabe bard, Jomo (Baswani), the overconfident twit has his own wall plastered with Gandhi, Ghalib and Girls respectively.

Smoking is akin to snacking and when they run out, they make do with leftover butts. The three men are perennially broke/in debt and rely on Siddharth's money order to get them through.

Clearly, they don't entertain much given how Siddharth serves ladoo in a mug to his unlikely guest. 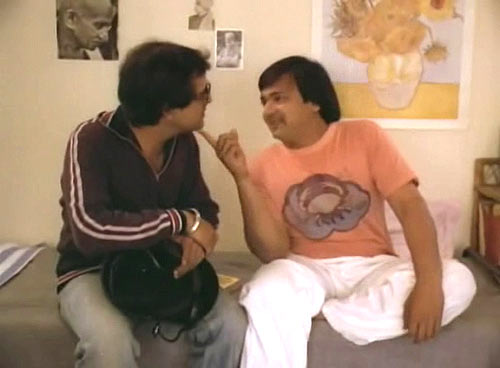 Omi and Jomo are perennially in pursuit of ladylove.

And just about any will do. From whistling at girls in the neighbourhood to getting friendly with the nannies in the park, these two could tutor Chandler and Joey on how to make sure shot fools of one's self.

What's most entertaining though is how they take turns to goof up around a certain attractive girl in the neighbourhood (Deepti Naval).

Paranjpe's depicts the reality behind its fact and fiction with such mirth; it's easily one of the highpoints of Chashme Buddoor.

Omi is mistaken for a plumber's lackey resulting a heartbreaking moment on the bench but spins a yarn about how he sang ghazals with her on a boat.

Jomo gets thrashed by her burly brother to the tune of Kung Fu Fighting but paints a false and filmi picture to his roomies. 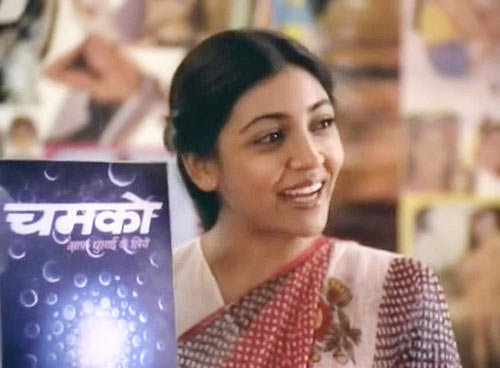 It's one of the funniest scenes ever and alone worth the price of admission.

If only every salesperson on the door had the charm of Deepti Naval's Miss Chamko.

Although Siddharth's original reaction is curt, he's too nice to refuse her a chance to demonstrate the merits of her company's detergent (on a dry-cleaned towel).

The changing chemistry from complete strangers to a start of something special is for all to see when embarrassing (Bobby's Hum tum ek kamre playing on the radio) becomes endearing (she mentions the name, timing and days she attends her singing class, he admits he's never spoken to a girl before) compelling you to watch the camaraderie 'baarbaar lagataar'. 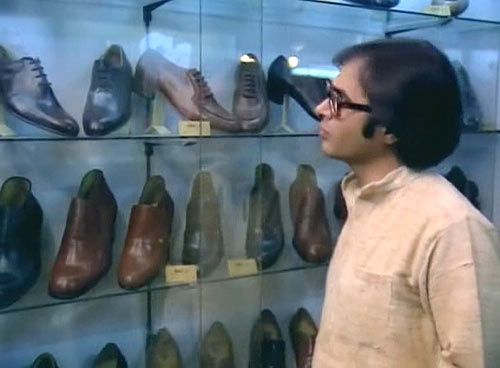 Cute is a very frivolous term.

But no other word so aptly describes Farookh Shaikh's makeover from a thick-spectacles, kurta clad bore who equates books on economics to James Hadley Chase thrillers to a sparkling, handsome bloke with Ustad Amjad Ali Khan's sublime sarod playing in the background even as he shops for brand new jeans, shirt, sleek glasses, shoes and perfume from upmarket stores in Delhi.

And then promptly forgets to take off the price tag on his second date with Lady Chamko. Seriously, how can anyone not love this guy?

7. For the love of Tutti Frutti 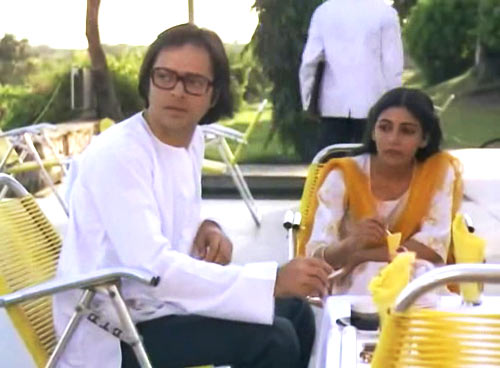 Quentin Tarantino should watch this.

Throughout the dating phase, Shaikh and Naval bond over double scoops of tutti frutti ice cream in an open-air cafe in Lodi Gardens.

He sticks to coffee but is more than happy to slurp a spoonful of the best item on the restaurant menu when she agrees to marry him.

It's tutti frutti not some diamond that closes this deal. 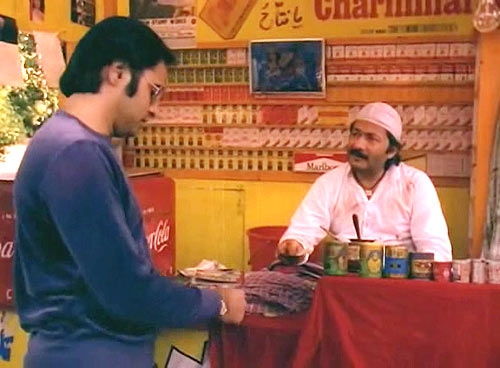 All the three boys are students in Delhi with no parent figure.

And while the local pan shop owner, Lallan Miyan admonishes them almost every day for not paying off their ever-mounting credit, his words are laced in harmless sarcasm and deep-rooted fondness.

Between Siddharth's earnestness and Jomo's fibbing ways, it's usually Omi's flattering shers that transform his frown into a proud smile.

Saeed Jaffrey is such a class act; it's almost heartbreaking to think Lallan Miyan is a figment of Paranjpe's imagination. 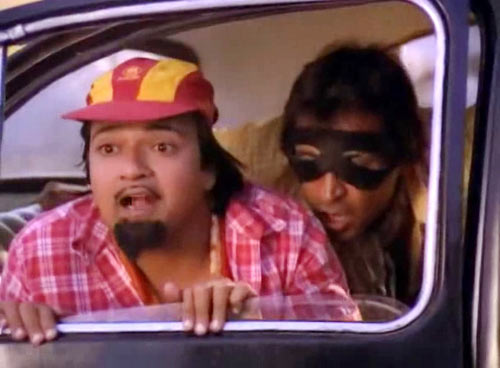 In Chashme Buddoor too, it is the premise for a super fun climax after Omi and Jomo convince Chamko's (or Neha if you will) grandmother (Leela Mishra) to assist them in bringing the estranged hero-heroine together.

Only they're late to arrive and she's kidnapped by a real gang (all through the movie there's mention of how a series of young girls in Delhi are being kidnapped in broad daylight.)

Here's to give you an idea of how the events unfold. An enthusiastic Omi coerces Jomo to chase the baddies and the latter remarks, 'Arre kiska peecha karoon? Koi dikhe toh?' 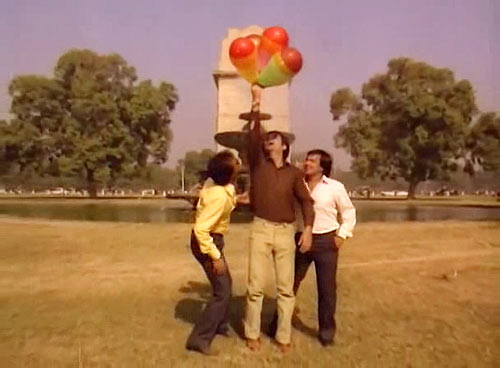 The lush green gardens and rich promenades of South and Central Delhi, especially Lodi Gardens and India Gate, act as a recurring backdrop in Chashme Buddoor.

The sparsely-populated streets of India's capital don't have much by way of traffic but it's still not a very safe city for women.

Apart from the suggested kidnappings, even the good guys consider eve-teasing their favourite pastime. 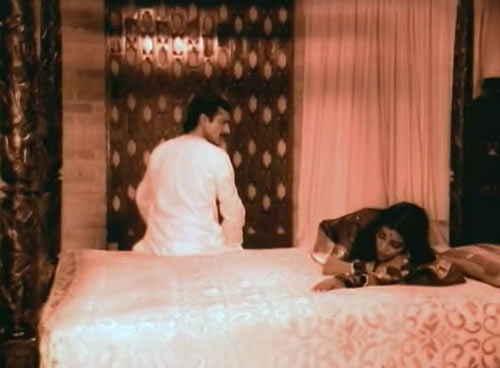 The Ravi Baswani-Deepti Naval song medley is quite easily one of the most memorable parodies of Bollywood's iconic imagery before spoofing became second nature for the MTV generation, filmmakers like Farah Khan, award functions and stand-up comics. 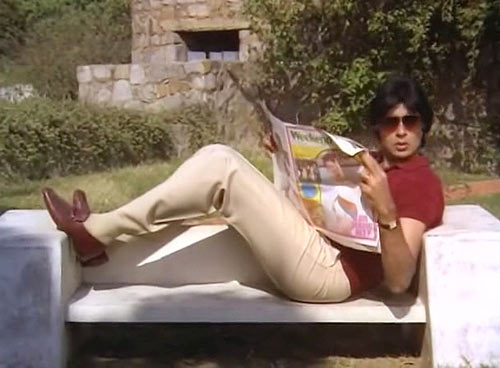 The Bollywood influence is unabashed in Chashme Buddoor.

Especially since Jomo is such a huge movie buff, whether he's introducing himself as a Bollywood producer on the lookout for fresh faces (Darsal Jaya-ji ke baad bada vacuum aa gaya hai industry mein) to pinning all the 1980s top actresses on his wall.