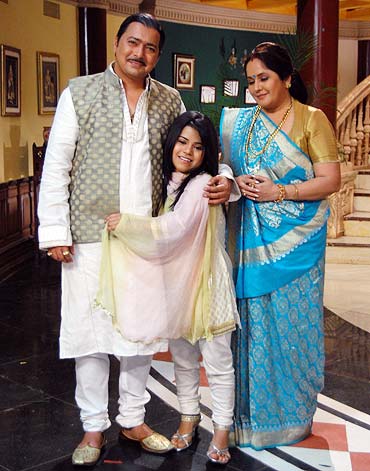 Its protagonist Bharati is 3' 5" tall. She is a young woman with a beautiful heart and lots of talent. Yet, she faces rejection and ridicule because of her height. She longs to find a man who will love her for the person that she is.

Bharati is played by 20-year-old Juhi Aslam. She tells Rajul Hegde how she became a star. 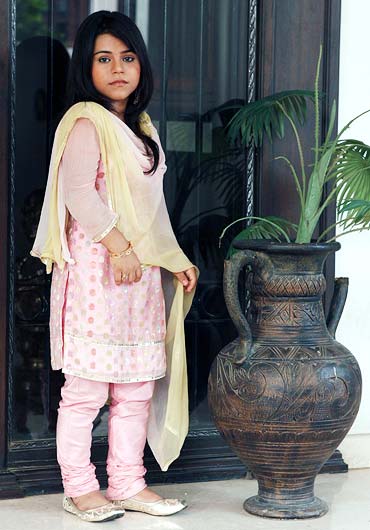 I come from Shikohabad, near Agra. I am doing my Bachelor's degree in Science. I want to become a doctor. I live with my parents, brothers and grandmother. My father has a footwear shop.

How did you bag this show?

The casting co-coordinator spotted me outside my college and asked me whether I wanted to act. I thought he was joking, so I ignored him. But he asked me again, and wanted to meet my parents.

I couldn't believe that I had landed an offered to act in a TV show! My mother was unsure about me acting on television but my father and grandmother felt I will get an exposure on TV. 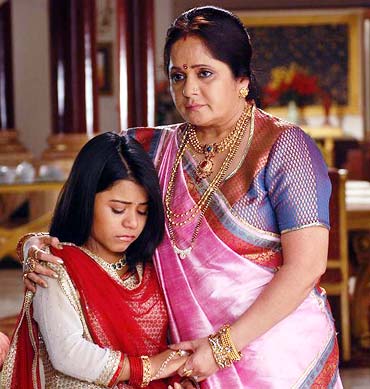 What was facing the camera for the first time like?

My first audition was recorded on a mobile phone. Later, I was asked to come for a proper audition. I am not a trained actress so obviously, I was very nervous facing the camera.

I can relate to my character because I am talented and intelligent like her. I just have to be me; I don't have to act much. Sometimes I am required to cry for a scene when I'm feeling really sleepy, and that's very irritating. But otherwise, it's all fine.

How did your friends react to this?

Mummy has become very excited now. Everyone is happy for me. I got calls from friends and well wishers, wishing me luck before the show went on air. Some of them told me not to forget them once I became a celebrity!

'I have decided not to get married'

Have you faced problems like your character in real life?

Yes. I used to feel bad about my height. When people would look at me strangely, I would cry and ask God why I was so different from the others. But now I am more confident about it. I think I am special to God and that's why he has made me different. What I thought was my shortcoming has now become my asset.

The show revolves around marriage. What is your own take on it?

I have decided not to get married.

If I get good offers, why not?