'I have not watched Salman Khan's Bigg Boss' 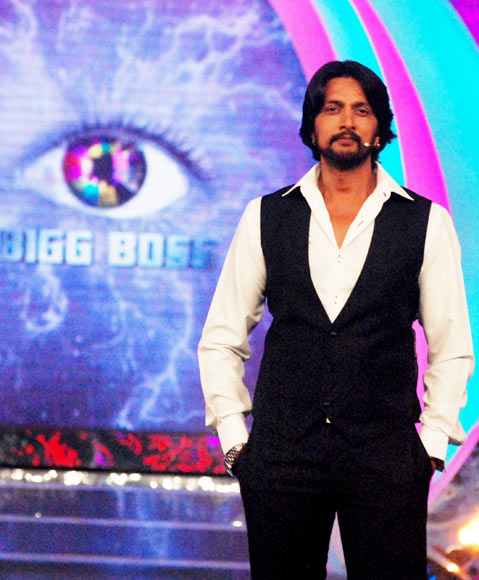 ETV's Kannada version of Bigg Boss, hosted by popular South actor Kiccha Sudeep is a big hit with the audience. The makers claim that it has better TRP (Television Rating Point) than Kannadada Kotyadhipati (the Kannada version of Kaun Banega Crorepati) except for a few episodes.

Sudeep who has a huge fan following down South is thrilled by the response to the show. He says it's most encouraging that he has connected with the audience and can keep them hooked.

Sudeep who has done Bollywood films such as Phoonk and Rann talks about the show and his next Bollywood project.

Salman Khan's popularity had a lot to do with the TRPs of the show. Do you think it has somewhere worked for you as well?

May be. But you cannot pull in the audience for long without much content. There is a lot of emotion every day that adds to the popularity. I don't want to take the credit for it. There is always an option to swap between channels, but that is not happening here. That means there is some content in the show.

No. I have seen only glimpses of him where he is standing and speaking to somebody through the screen.

I knew for sure that some people are put inside the house and something is happening inside. But I didn't know about the show at all because I am not a TV buff. I don't watch television unless it's cricket or some sports.

Only when this show happened to me did I get to know about it and then we took it from there. 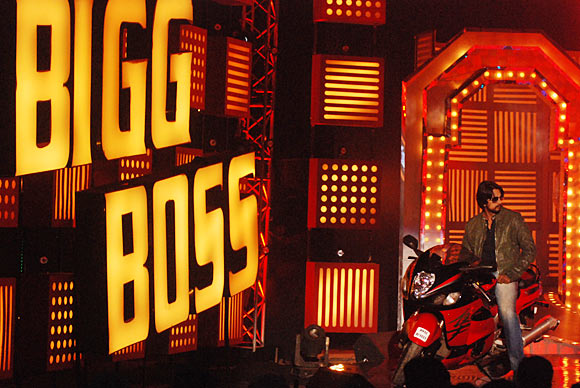 People who have watched both Hindi and Kannada versions of Bigg Boss feel that there is a lot of similarity between you and Salman Khan as hosts.

Have you taken any tips from him?

No. He is too huge for me to even go and stand next to him.

Have you ever met him?

I say 'hi' to him during the CCL (Celebrity Cricket League) matches.

There were reports that Salman recommended your name to host Kannada Bigg Boss.

Was it easy for you to host this show when you got the offer?

I did take some time to think because I was required to give three days in the week to Bigg Boss, including my travel from Bangalore to Mumbai and back.

This show needed attention as we are rolling out for about 13-14 hours on Friday. So once I zeroed down on doing this show, I had to postpone my other projects.

What attracted you to this show?

I liked the concept and as an actor I always like to take chances. It has worked for me.

Some of your and Salman's fans down south feel that you are a better host than Salman. How do you take this compliment?

It's their perception. I will not take this as a compliment at all. I look at it this way: you see a recipe and it inspires you to do better probably, but you can't take the entire credit for it. Somebody lit the spark in the beginning and you got light because of that.

Though I have not seen his show, it has taken many years and hard work to become Salman Khan. If someone says I am better than Salman I wouldn't agree with it.

'I cannot be kept in a shell' 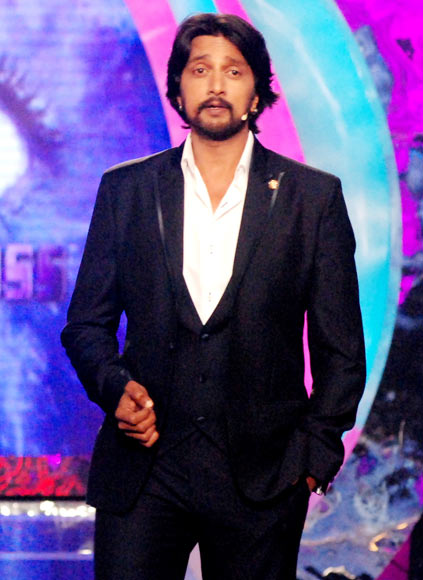 What kind of feedback have you got from family, friends and the industry?

I don't take any feedback.I make it a rule at home that nobody speaks about it. If something goes wrong, I am the first person to know about it.

Luckily, so far I have been able to handle everything with ease. We can't take feedback seriously when it comes from people whom we are very close to.

When the TRPs are good, you come to know from the gestures of the people around you. That feedback comes to you without your making any personal effort.

You are going to spend a day inside the Bigg Boss house (the episode will be aired on Monday).  Given a choice, would you like to be locked inside the house as a contestant?

I will go inside the house in the morning and come out in the evening. I cannot be kept in a shell. I know my weakness, tell me not to do something and I will do it more.

I love the way I have learnt things on my own. That's why I choose not to teach anybody. I think that gives more value to your achievements than when you are spoon fed. 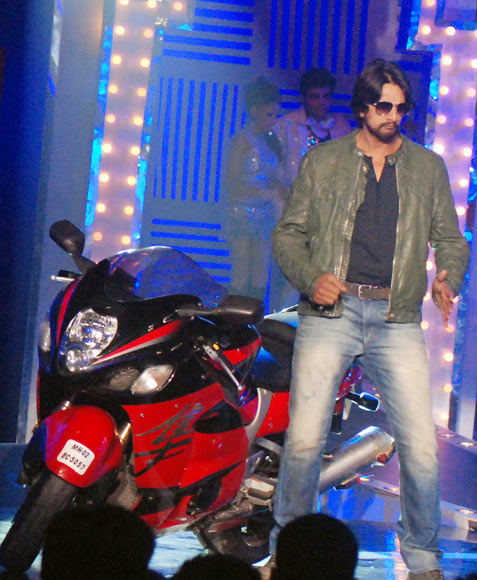 Is there any contestant you feel you should go inside and give a piece of your mind to like Salman did in the last season of the Hindi version of Bigg Boss?

Housemates tend to make mistakes because of the situation inside the house. It takes actually 10 minutes to understand what actually went wrong. It's easy to solve problems as long as they don't repeat it.

All the fights are silly, and then they become big but sometimes I smile it out as if nothing has happened. Trust me, I have done it many times and it has worked.

The housemates look forward to that. They talk amongst themselves that Sudeep will come and sort it out. I can't be biased or have any priorities though a few people in the show are very close to me.

Even if the housemates are doing it for the camera, it's their choice and as a host I can't be judgmental. As long as you are getting the content and not going off limit, it's fine.

Do you have any say in what the show is edited?

I have nothing to do with the production and the contestants. With the image and little bit of respect I have earned, probably they may listen to me. I can give my opinion but I can't make it a must. Sometimes they agree and sometimes they don't. They have their reasons for it, it's their choice.

Can you talk about your South and Bollywood projects?

I am doing a film with Ram Gopal Varma. Anurag Kashyap may also be involved with it.

Ram Gopal Varma cannot have a genre at all because he creates genres. He will come out with something, I am sure. We are working on it. Let's see what happens.

I am not sure but I think we will start shooting in September. I need to finish directing my film before that.

I have signed six films in the South. Some are bilingual. But I am a one-film man. I have one release this year so I don't think I will have another.