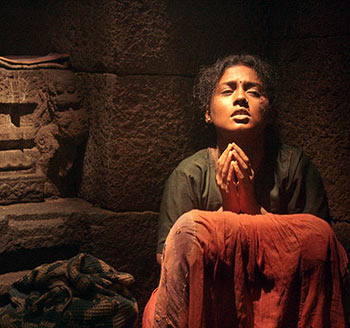 Image: A still from Naan Kadavul
Pavithra Srinivasan in Chennai

Of the hundreds of Tamil films released in 2009, the music of very few have been good. Here is a look at movie soundtracks that did really well:

Director Bala's projects are known to be ambitious and off-beat, bringing out the best in his actors. The same holds true of his music directors as well, and when the man in question is Isaignani Ilaiayaraja, the results are marvelous.

The maestro has delivered stirring music for other Bala films as well, and his combination of pathos and light-heartedness works here too.

If Om Sivoham served as a fitting emotional introduction to the hero, Pichai Pathiram brought the plight of beggars -- on whom the movie has majorly focused -- to light. 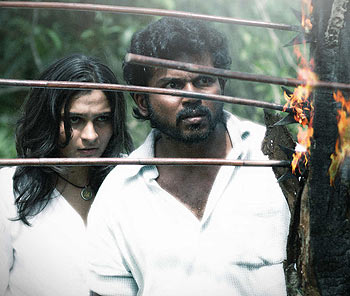 Image: A still from Aayirathil Oruvan

This film raised expectations for many reasons: it is directed by maverick director Selvaraghavan, it stars the Paruthiveeran sensation Karthi, and its music has been tuned by G V Prakash. With the makers moving back and forth between the 12th and 21st centuries, a good deal of traditional musical instruments has been used. 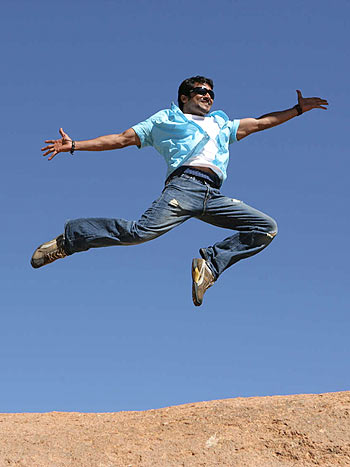 Image: A scene from Ayan

Harris Jeyaraj was on a roll throughout 2009, and Ayan, a chartbuster, was testament to that.

Starring current favourite Suriya and directed by cinematographer-turned-director K V Anand, Ayan was all about a student smuggler who eventually goes over to the good side. The music served up a fitting accompaniment of romance, action and sparkling instrumental arrangements.

Nenje nenje was the romantic number of the year with Vizhi Moodi following closely behind. Pala pala was a foot-tapping song while Money Money was a terrific sensual number. 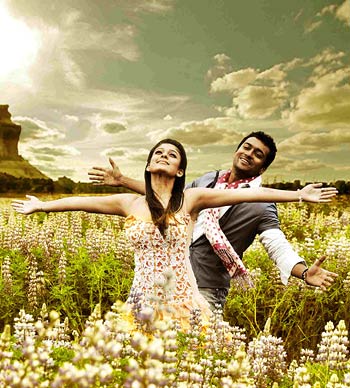 Image: A scene from Aadhavan

Following the same template as Ayan, Aadhavan was a musical triumph for Harris Jeyaraj too. The film starred Suriya, playing a rogue assassin with one final assignment.

Directed by commercial entertainer specialist K S Ravikumar, Aadhavan delivered a youthful, peppy Dhanka Dhamak, while Vaarayo Vaarayo was a romantic hit. The piano medley that preceded it was a favourite as well.

The other numbers like Dekho Dekho and Yeno Yeno found favour too. 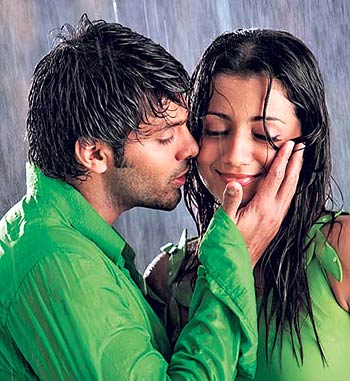 Image: A scene from Sarvvam

Yuvan Shankar Raja has managed to build himself into a brand and has followed his illustrious father's footsteps in music. Perhaps one of the better examples of his work is Sarvvam, an eagerly awaited film from Vishnuvardhan, following Billa's colossal success.

The movie might not have struck a chord with viewers but Yuvan's numbers certainly did. Siragugal took the honours for romance, while Adada Vaa was Arya's ticket to stardom, complete with Broadway-esque steps. Katrukkullae was enchanting as well. Together, the numbers ruled the charts for weeks. 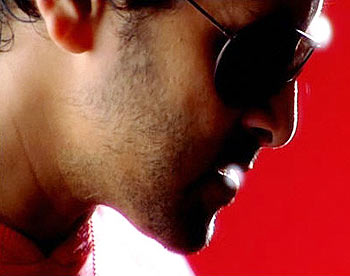 Image: A still from Kanthaswamy

The music of Kanthaswamy and Vettaikkaran were huge hits even though they did not have much musical content.

Both movies had their fair share of good rhythm and lyrics aimed at each star's mass fan following which was the real reason for their success.