Sign in  |  Create a Rediffmail account
Rediff.com  » Movies » 'I don't think I have the confidence to wear a bikini'

'I don't think I have the confidence to wear a bikini' 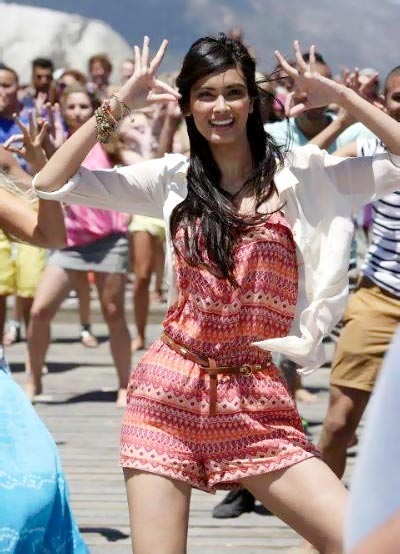 Image: Diana Penty in Cocktail
Patcy N in Mumbai
Model-turned actress Diana Penty will debut in Homi Adajania's film Cocktail, starring Saif Ali Khan and Deepika Padukone.
Diana talks to Patcy N about working on the film with Saif, Deepika, Homi and producer Dinesh Vijan and what it's like being a first-time actor waiting for her movie to release.
This is your first film but you look effortless and comfortable acting.
I am glad it looks like that but actually how it happened was not at all effortless!
I have no background in acting. I have not trained in any of that so I actually had to start from scratch.
I have learnt everything that you can possibly think of -- they put me through acting and dance class, Hindi diction class, voice modulation and I also did a workshop. I learnt everything that was needed for the role.
I got good exposure because of this film.
Tags: Saif Ali Khan , Diana Penty , Deepika Padukone , Homi , Dinesh Vijan

'I have absolutely no regrets that I missed out on Rockstar'

Image: Diana Penty
Photographs: Rajesh Karkera
What's been your experience working on your first film?
I couldn't have asked for more. It has been an amazing journey, lots of memories and lots of great experiences.
This film is special to me because it is my first film and this team has been so good to me and that is something that I really appreciate, right from (director) Homi to producer Dinesh.
Homi took me through the character before we began -- her personality, her quirks, her nuances, every small detail. As a director he is very precise about what he wants, which made life easier for a newcomer like me.
If I was not sure what to do in a certain scene, he would take me through the journey of the character and tell me where my character is right now, and where I have been, and where I am going, so that gave me a clear mental space to work in.
Every time producer Dinesh Vijan thought that I had more potential and I could do more, he was right.
Saif and Deepika were amazing. They looked after me and made me comfortable. I felt that I just had to be in the scene and follow their lead and that's what I did.
You were chosen for Rockstar but things did not fall in place. When you were offered this film were you a bit nervous of losing it too?
I have been modelling for five years. I thought I wanted to do something different and more challenging and get out of the comfort zone. That's when I started meeting people. Imtiaz (Ali director of Rockstar) was one of them.
Soon I was offered the role of Mira in Cocktail. It was destiny, I was meant to play this role so I have absolutely no regrets.
Tags: Homi , Dinesh Vijan , Rockstar , Deepika , Mira

'There is no overlap in Love Aaj Kal and Cocktail 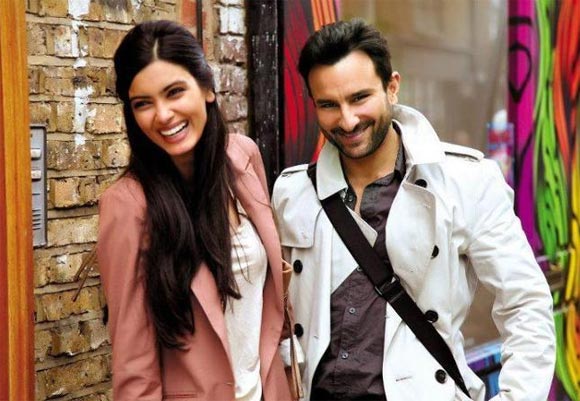 Is the character of Mira close to how you actually are?
It is a lot like me. When Homi narrated the script to me for the first time, my reaction was that this girl could be me because of the things she does, the way she reacts.
I could get where she is coming from. It was a great advantage for me and gave me confidence to play the character better.
It was exciting and I wanted to know more about her -- where life would take her. I could relate to my character completely.
Do you think there is an overlap between Love Aaj Kal and Cocktail? Is there a similarity between Mira in Love Aaj Kal and Mira in Cocktail?
No, there is no overlap. You wait and watch the film.
Yes, broadly speaking there is some similarity in both the Miras. Like both are simple, but other than that, the story is completely different. You cannot compare the two.
Tags: Mira , Homi , Miras

'I had heard that everyone is very starry in Bollywood' 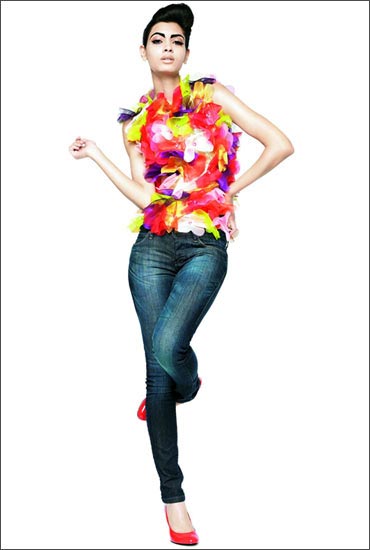 You play a simple girl in the film. Would it not have been better to play a stylish girl in your first film?
I did come into this thinking that in my first film I will look very good. I kind of assumed they will make me look my best.
I didn't know at that time how my character was. Four days into the film, they read the script out to me and explained the character to me, I fell so much in love with Mira that it didn't matter after that.
It was more about taking the story forward. It is more about the movie, story and the character, it is not about you. It took me a little while to figure that out.
How did you get on with Deepika Padukone?
We are both from the modelling field and non-filmy background so we have a lot in common.
She is very chilled out, nice, simple and down to earth. We got along because there were no pretences.
I had heard that everyone is very starry here (in Bollywood) and it could be difficult to get along with people, but that did not happen at all.
Tags: Deepika Padukone , Bollywood , Mira

'I am not as spontaneous as Saif and Deepika are' 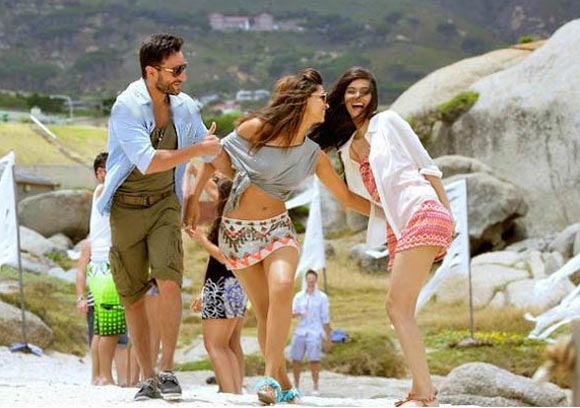 How was the off-screen camaraderie between you, Deepika, and Saif?
What you see on the screen is exactly the same off-screen too. We weren't acting; it was not an effort to be that way. It just came naturally to us and that shows on screen.
It was quite amazing that we were literally having fun. Most of the takes that Homi has kept in the film are rough takes that were not supposed to be in the film but because Saif and Deepika were so spontaneous, I reacted the way I normally would.
I am not as spontaneous as they are but I reacted according to what they did so it has come out natural.
Was acting the obvious step for you after modelling?
It never was, it happened along the way; in fact I didn't know I wanted to get into modelling.
Tags: Deepika , Saif , Homi 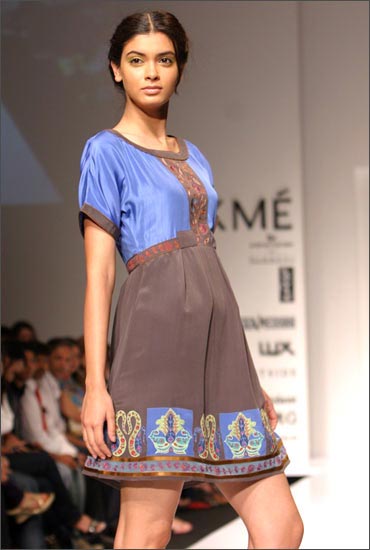 Did you go through auditions before this film?
I did one audition for Cocktail. Before that I met people but I never went for an audition.
Cocktail was one of those dream situations. I was travelling in Rome on a photo shoot when I got a call from my manager saying Illuminati (Illuminati Films is Saif Ali Khan's production house) is looking for you as they are looking for a fresh face.
I was scheduled to come back the next day. I came back and I went straight to the Illuminati Films office and met Homi and Dinesh. They asked me to do an audition which I did the next day. After the audition they told me I was in.
So, in 48 hours, I knew I had bagged the role.
Have you seen the hoardings and your face on the posters? Do people recognise you on the road now?
Yes, I have been seeing the posters, they are everywhere and every time I pass by I am a bit nervous. I am not used to seeing such massive posters and hoardings featuring me.
I don't know whether people recognise me, but they look at me a lot more than they used to before. Maybe I look familiar but they can't recollect where they have seen me!
Are you nervous about Friday?
Nervous is an understatement! It is a combination of nerves, excitement, scariness, and butterflies in the stomach.
I don't know what to think right now. I am just going with the flow.
Tags: OIlluminati Films , Illuminati , Homi , Rome

'I will do intimate scenes if it is necessary' 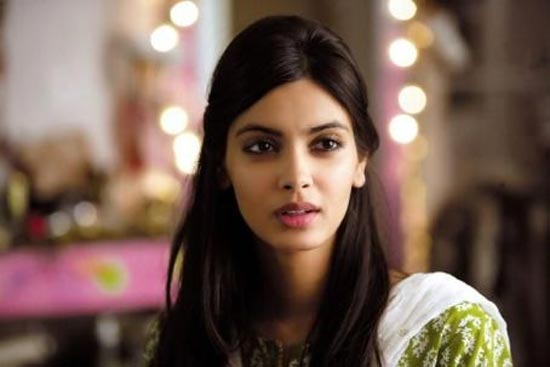 Tell us something about yourself.
I am from Mumbai, I grew up here and I went to school here at St Agnes high school. Then I went to St Xavier's College and I did a course in Mass Media. I specialised in advertising. I was a very responsible, good student.
I always thought I would get into marketing, but then modelling happened and life changed.
Did you ever participate in drama in school?
Yes, I did. When I look back now, I realise that I was part of many plays and concerts in school. But, still, I never thought about acting then.
Will you wear a bikini in a film?
No, I would not because I don't think I have confidence to pull off something like that.
What about intimate scenes?
I haven't thought about all this. It is my first film. For me it is more about the story and how much the story demands.
If it is necessary, I will do it.
Which actress would you want to be like?
Kate Winslet in Hollywood and Vidya Balan in Bollywood -- she is a great actress.
Tags: St Agnes , St Xavier , Vidya Balan , Mass Media , Hollywood
More