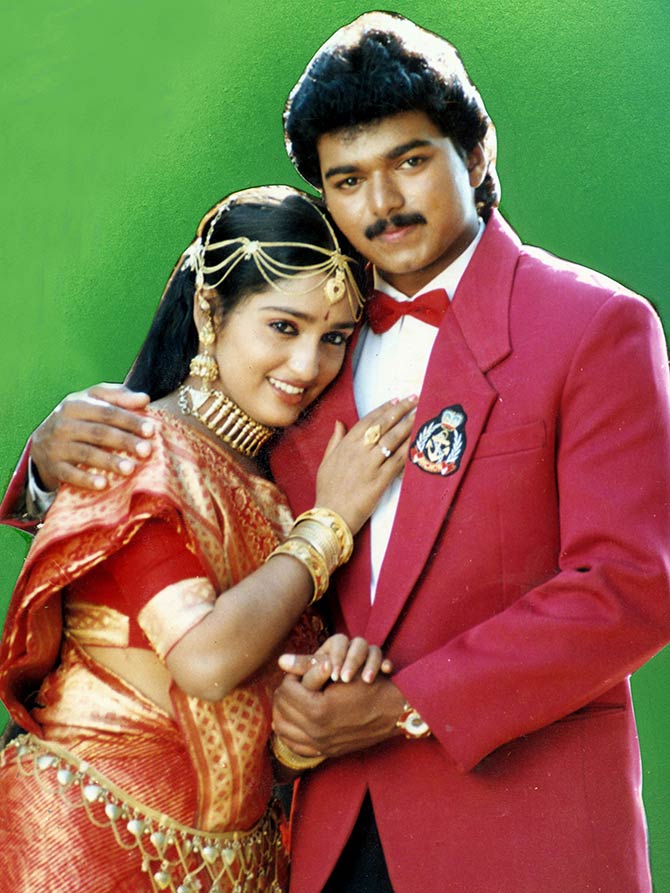 'Ilayathalapathy' Vijay started his career as a child artiste in 1984 in the film Vetri directed by his father S A Chandrasekhar.

In 1992, Vijay made his debut as a lead actor in Naalaya Theerpu, but unfortunately the film failed at the box office.

During the initial years of struggle, Vijay bore the brunt of much criticism, but his relentless efforts eventually paid off. Today he is one of the biggest successes of Tamil cinema.

Director Ramana's Thirumalai was the turning point of his career.

The film totally changed his image, from a soft romantic hero to this larger than life action-cum-dancing sensation. He became an instant rage among youngsters and even children. Since then, most of his films have been huge commercial hits.

Vijay has 56 films to his credit in a career spanning two decades.

The actor celebrated his 40th birthday this weekend, on June 22.

Here is a look at some of the landmark films that made him the undisputable darling of the masses.

Vijay made his debut as lead actor in 1992, but it was only in 1996 that he got his first major breakthrough.

Poove Unakkaga, a romantic film written and directed by Vikraman, was the first blockbuster in Vijay's career.

The film revolved around a 25-year-old feud between two friends and Vijay's attempts to bring them together in order to unite two lovers of the younger generation.

Poove Unakkaga was produced under the banner of Super Good Films. Their association with Vijay continued with a number of hits such as Love Today, Thullatha Manavum Thullum, Shajahan and Tirupachi. 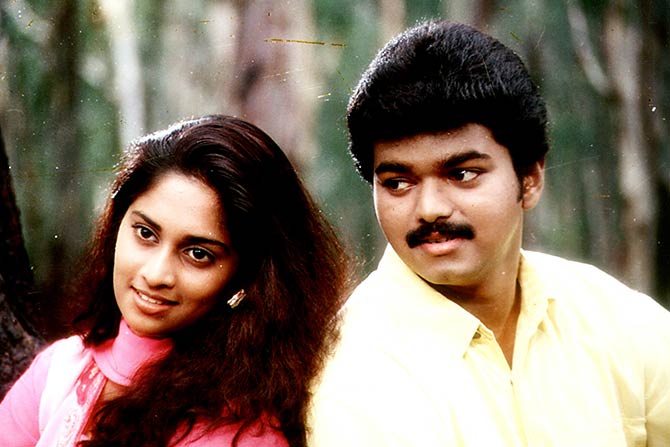 Kadhalukku Mariyadhai, directed by Fazil, was one of Vijay's biggest hits and is considered a classic.

The film was a remake of Fazil's successful Malayalam film, Aniathipravu, and featured Shalini in the lead role.

A warm and beautiful love story, the film also emphasised the true value of a family.

The music by Ilaiyaraaja too became very popular. Besides essaying the lead role, Vijay also sang one of the songs in the film, Oh Baby Baby. 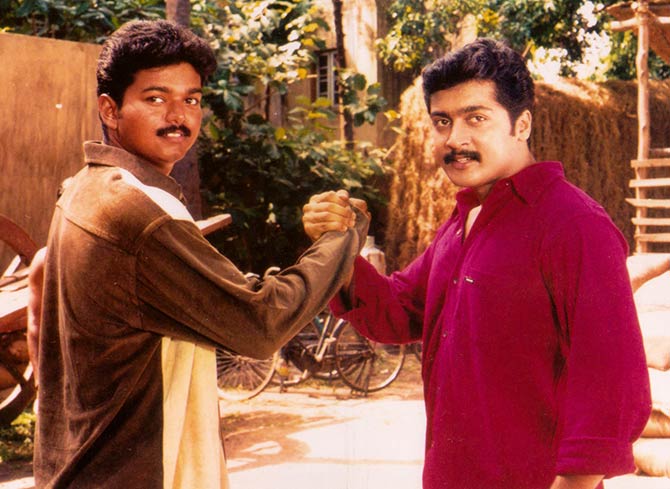 Friends starring Vijay, Suriya and Ramesh Khanna, completed its 100-day run and was declared one of the biggest commercial successes of that year.

Revolving around the life of the three friends, the film was a fast-paced, hilarious comedy with a good dose of sentiments, as well as some romance.

Friends was directed by Siddique and is a remake of his own Malayalam film of the same name. 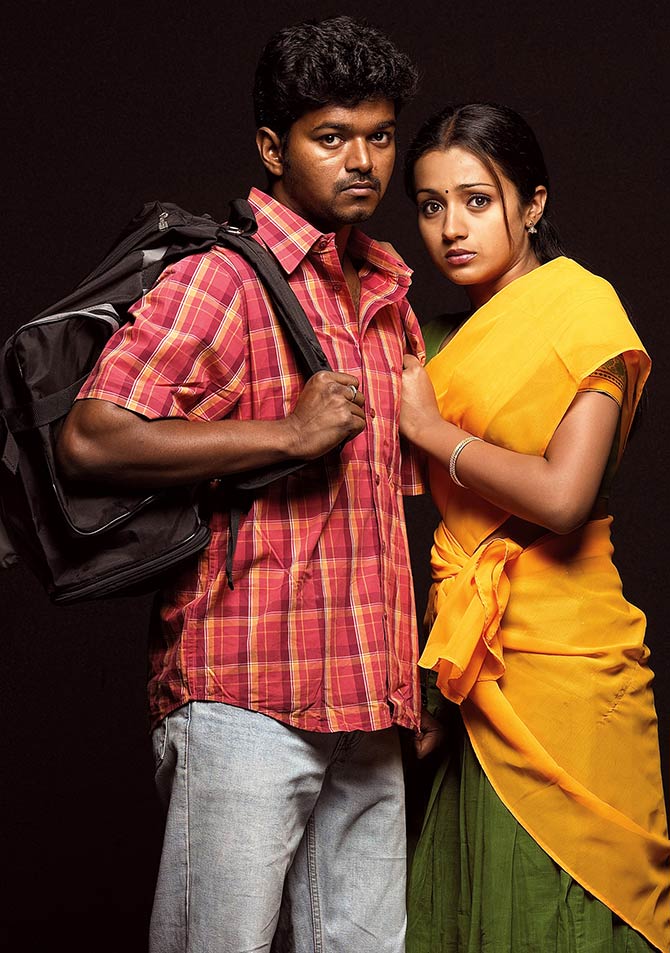 At the time of its release, Ghilli became the highest grossing film of Vijay's decade long career.

The film featured Vijay and Trisha Krishnan in the lead roles, supported by Prakash Raj and Ashish Vidyarthi.

A remake of the Telugu blockbuster Okkadu, the film was directed by Dharani and produced by A M Rathnam.

Ghilli was the first film to cross the Rs 50 crore mark in the history of Tamil cinema. 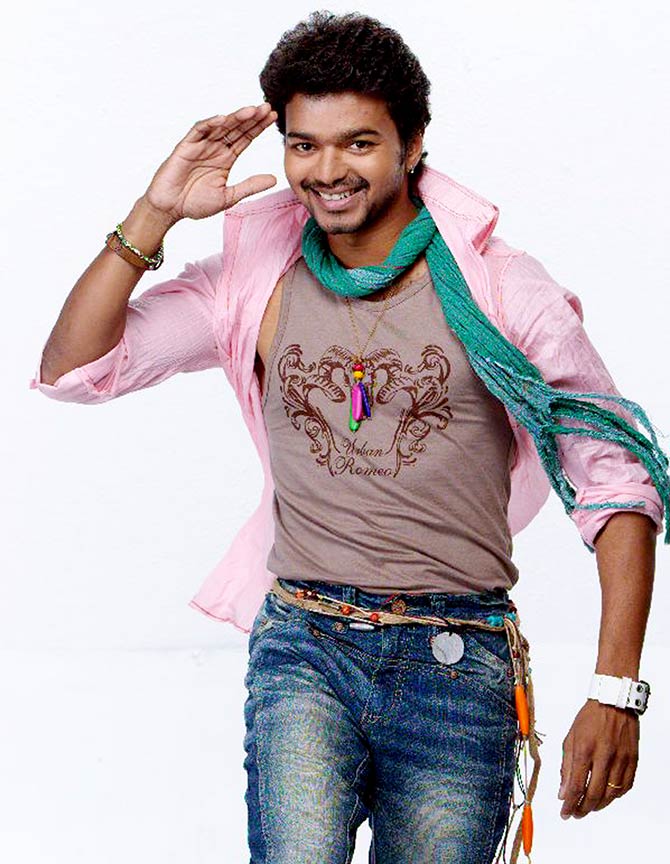 Directed by Prabhu Deva, Pokkiri was an action-packed entertainer that revolved around a young IPS officer, who goes undercover as a criminal to help hunt down members of a dangerous land mafia.

Asin played the female lead opposite Vijay.  Vadivelu kept the audience in splits with his portrayal of a cowardly kung fu master, Body Soda.

The film was a remake of Puri Jagannadh's hit Telugu film Pokkiri. It was later successfully remade in Hindi by Prabhu Deva as Wanted with Salman Khan essaying the role of Vijay. 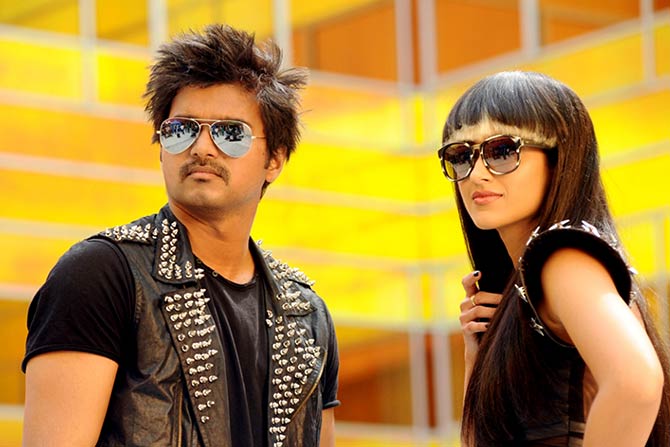 Director Shankar, who is known for his mega-budget movies, remade Rajkumar Hirani's 3 Idiots with Vijay, Jeeva and Srikanth playing the lead roles.

An adaptation of Chetan Bhagat's Five Point Someone – What not to do at IIT, the film opened to positive reviews and was officially declared one of the biggest blockbusters of 2012.

Nanban was a feel-good film that was based on the adventures of three engineering college students who are in a crucial phase of their life, caught between the expectations of their family and their own passions.

The film was produced by Gemini Film Circuit and had music by Harris Jayaraj. 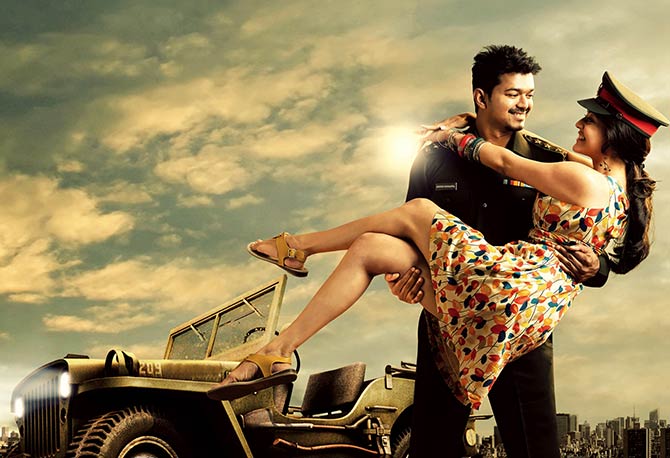 The year 2012 turned out to be a great year for Vijay.  After the huge success of Nanban, which released in January, Thuppakki came out in November and went on to break several box-office records both in India and overseas.

An action thriller directed by A R Murugadoss, Thuppakki featured Vijay and Kajal Aggarwal in the lead roles.

The film revolved around an Army intelligence officer on a holiday who accidentally stumbles across a dangerous terrorist group. His clever tactics deactivates the sleeper cells under its command.

Vijay's understated performance won him much appreciation and Thuppakki became the first ever Tamil film to cross the Rs 100 crore mark.