Sign in  |  Create a Rediffmail account
Rediff.com  » Movies » 'The story of Naa Bangaru Talli is quite shocking'

'The story of Naa Bangaru Talli is quite shocking' 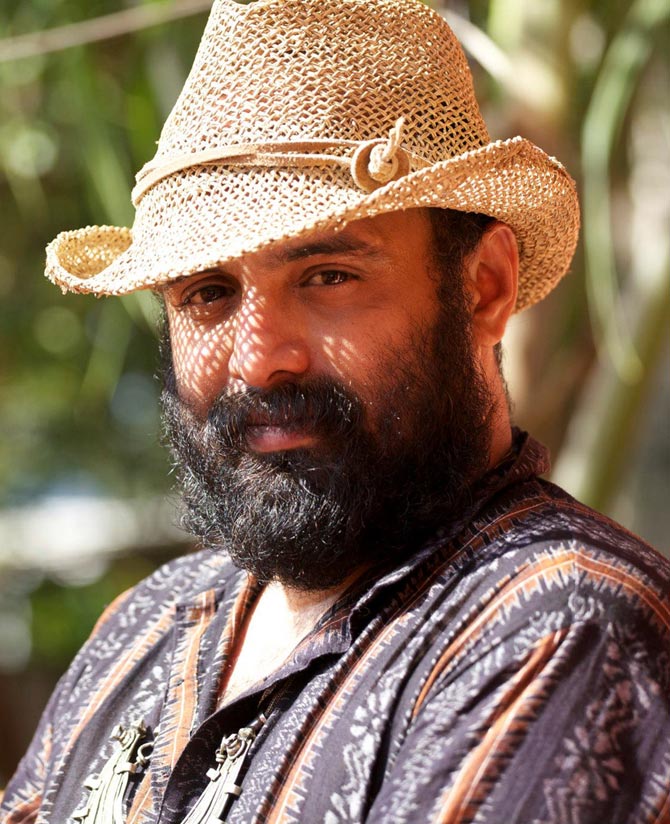 His subjects have been as diverse as the Sri Lankan civil war (In the Land of Buddha), and HIV (he made some short films on it).

Human trafficking is the subject of his latest film Naa Bangaru Talli made in Telugu and Malayalam.

In this exclusive interview, Rajesh Touchriver talks about Naa Bangaru Talli and his collaboration with his activist-wife Sunitha Krishnan, who runs the NGO Prajwala that rescues trafficked girls.

Naa Bangaru Talli is based on a real life story. Is it scripted by your wife Sunitha Krishnan?

Yes, it is based on the story of a girl Sunitha rescued long ago. Sunitha used to tell me some of their stories.

When I heard this particular one, I wanted to make a mainstream film on this issue.

Generally, films on this theme, even in international cinema, would be grey and filled with nudity.

I wanted to make a film which a family can watch together.  This story is quite shocking. 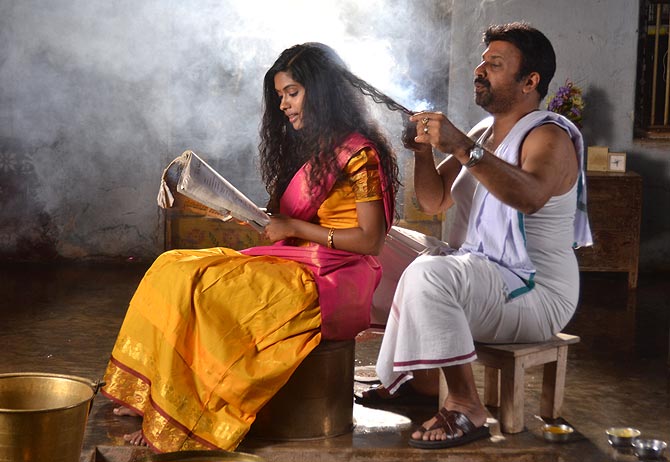 Why did you want to make it into a feature film and not a documentary?

I did a feature film because I wanted it to reach the masses.

So, there are songs in the film. Shantanu Moitra did the background score and a song. Sharrath composed three songs.

I've given it the treatment of a thriller. There is no nudity in the film.

It is a family thriller, an entertainer with no fights.

Why did you make it in Telugu and shoot in Andhra Pradesh? Was it because Sunitha’s NGO works here in Hyderabad?

It’s not like that. I wanted to make the film a bilingual, in Telugu and Malayalam. Since the story happens close to Rajahmundry, it was shot in the original places there.

The nativity was also close to Kerala as the landscape was similar. The second half of the story was set in Hyderabad.

Why did you and Sunita decide to produce the film too?

When I finished scripting, I tried to get producers.

Whoever I approached said the subject was good but told me I should add an item song, a rape scene, masala and so on.

I was not interested in changing the script so we decided to produce it ourselves.

'A film should make sense' 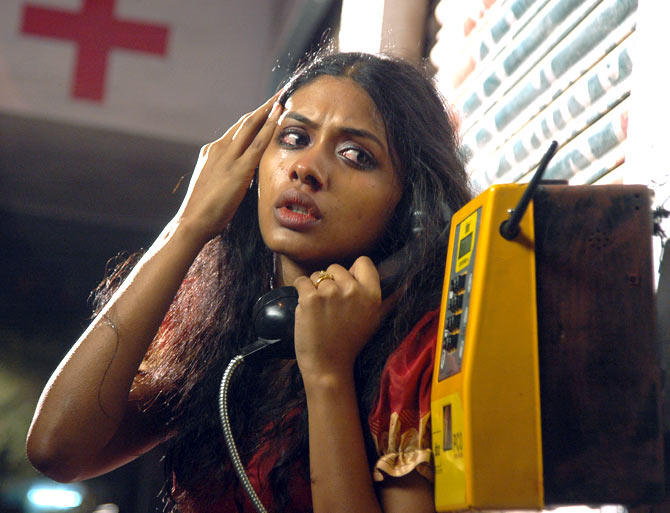 How did you select the lead cast?

One of my friends from National School of Drama asked people to send pictures.

Anjali Patil sent a one-minute trailer of hers. She was in Pune University and later at NSD and had done acting. We chose her.

Siddique is a well-known face in Malayalam films, having done 240 odd films and he was interested in doing this one.

What is your objective in making such a film?

In recent times nothing like this has been done. Kamal Hassan made one long ago.

A film should make sense. There should be a reason for the film.

For some it is to make money. For me it is to tell about problems around us.

What have you touched upon in the film in terms of human trafficking?

One should be careful every moment, watchful about what others are doing.

It could happen to anyone’s daughter, sister or mother. People will learn to be aware of this issue.

'I faced logistical problems in production' 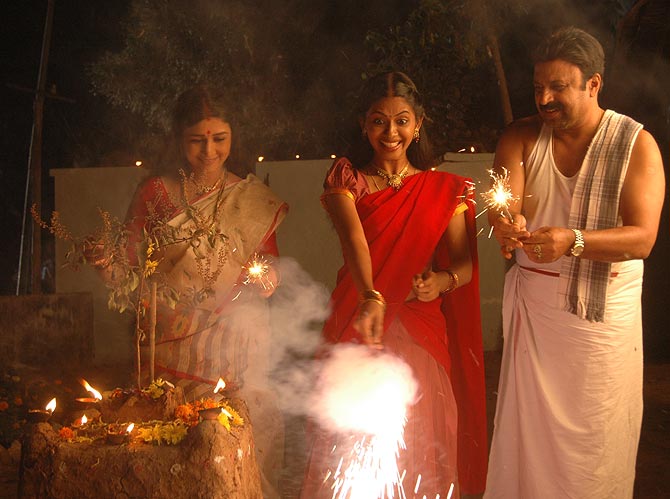 What was Sunitha’s contribution to the film?

I had different stories and wrote the scripts. The first version of this one was serious. Sunitha said it was more like art-house cinema and that it should be a mainstream film with entertainment.

I made some changes and added songs. I also sought the comments of friends and incorporated them.

What were the challenges involved in shooting such a film?

I faced logistical problems in production.

I managed with technicians who are friends, such as Rajiv Nair, who was the art director, Rama Thulasi who was the director of photography, Shantanu Moitra and Sharrat (who did the background score and music) and Don Max who edited the film. 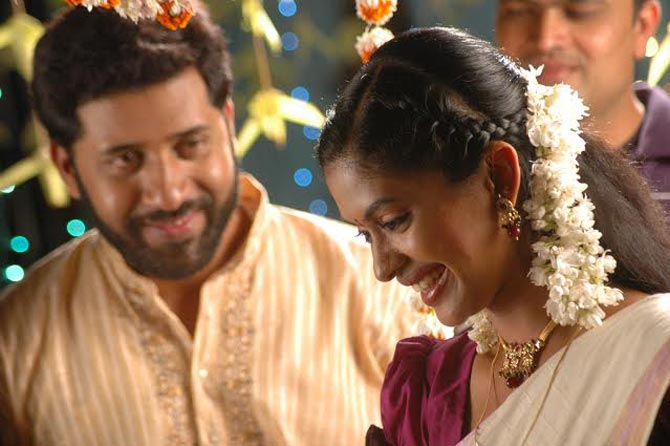 The film has been doing the rounds of festival circuit and receiving awards.

Internationally, the response has been good. We got a good response in Jakarta. This issue is universal so people can relate to it.

So far, the film has won Best Fest Feature of the Year, Best Film of the Festival, Best Filmmaker and Award of Excellence at the Indonesian Film Festival.

It won for Best Feature Film at Trinity International Film Festival in the US of A (a Telugu film has won after 23 years at Trinity).

It has been officially selected for the Beijing International Film Festival.

Why is Naa Bangaru Talli not being released in Telugu?

There is no star in the film so we have to spend our own money for distribution and to get it released.

We started sending it to festivals and there it is picking up awards. 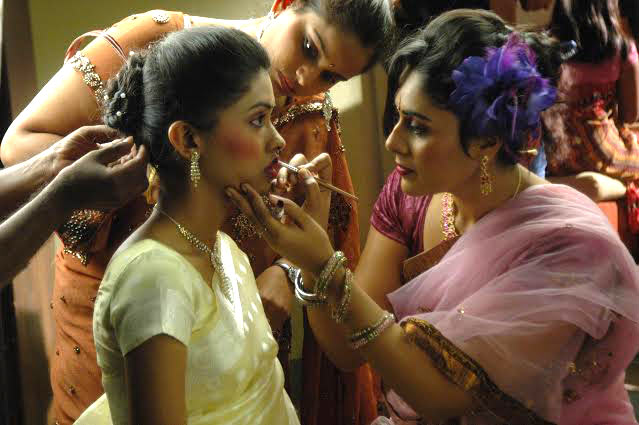 You seem to be interested in issue-based films, doing movies for a cause -- on violence and peace, HIV and now human trafficking…

People are not interested in making films on such subjects and I am.

Do you think there is a large enough audience for such cinema?

It is not often that a Telugu film wins international awards but there has not been much publicity about it.

After many years, a Telugu film is picking up awards internationally.

We are sending out press notes and some news is appearing in the newspapers. 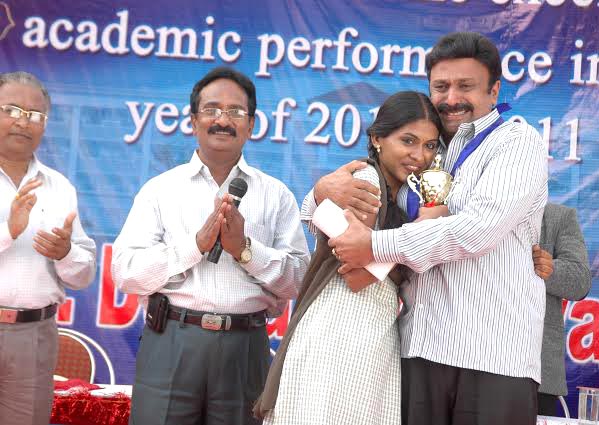 I am working on a couple of them. I want to do a historical film based in the 17th-18th century.

I want to make a Hindi film based on a real love story written in Malayalam as a novel.

I have been asked by the state government to select about 75 children belonging to the Scheduled Caste and Scheduled Tribe category, studying in classes 8th to 11th and train them in all aspects of filmmaking -- singing, camera, art direction, writing etc.

They will then make 15-minute films by themselves. The selection process is on right now. I have been travelling a bit for this.