'The Reluctant Fundamentalist is a very American story' 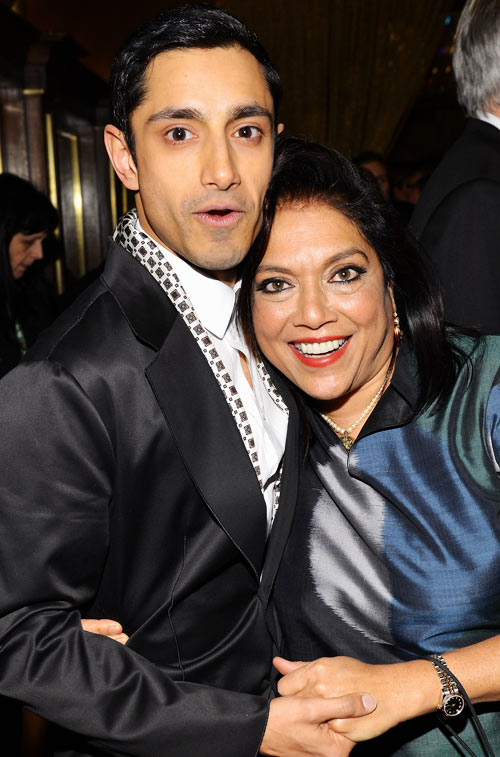 Actor Riz Ahmed tells Aseem Chhabra that most people can relate to the film, as it is the story of an outsider trying to find a home in a new society.

Riz Ahmed began his career with Michael Winterbottom's Road to Guantanamo in 2005. Many television shows later, he landed unique roles playing South Asian characters in many films, including the hilarious small cult film Four Lions about a group of bumbling Muslim terrorist wannabes in the UK, the seductive lead Jay in Trishna and now in Mira Nair's The Reluctant Fundamentalist where he plays the complex protagonist as imagined by Mohsin Hamid in his book.

Ahmed, 30, is getting a lot of notice for his role as Changez Khan in the movie. He discusses the film with Aseem Chhabra.

Before we talk about The Reluctant Fundamentalist, I want to ask how you reacted to the Boston bombings. Because in Four Lions, you and your co-patriots bomb the London Marathon. On Twitter, many people were drawing parallels.

Four Lions is a film and this is a tragic reality. Film and fiction are important lenses for us to examine reality, but when a tragedy like this happens, it's no longer in the realm of fiction.

These were real people, real victims with real families. When it becomes a reality, then the link kind of dissipates. I feel it is a lazy parallel to draw.

Both the bombings happened at marathons, that is why people were drawing the parallel.

I don't mean on your part. You are commenting on the fact that people did it. I find it a knee-jerk reaction. I don't think it is the most insightful thing people can say about the Boston bombings. How do you react to the fact that you have often been offered South Asian Muslim roles?

I haven't been, really. If you look at the work I have done, I have never played the same role twice.

But that doesn't mean anything. People and characters are more complex than the broadest labels that you can sling around their neck. A very broad label can be white, black, or Jewish, Hindu or Sikh.

And even a broader label is to assign someone to a decade and say that's what defines them as people. There is no such thing as a post-9/11 role.

You and I can say post-9/11 and we could be dealing with different realities of the world, so does a person who lives near the World Trade Center or a fireman. These are just the times we are living in.

Yes, I have played characters who exist in that period of time. Some are more engaged with the political implications of that time directly and others aren't.

I am very proud of the diverse work I have done with different directors. The idea of reducing my work to a label as broad as that is part of the same kind of reductionist narrative that Changez is trying to battle against.

You made this amazing video Post-9/11 Blues, which was banned. I understand you have played different characters. What is your reaction to all of this work, now that you play Changez who goes through a post-9/11 identity crisis?

I think Changez's 'Who am I' question predates 9/11 and it is interesting that real world events catalyze and accelerate the changes. The clouds were already gathering within his mind. It's interesting you raise the question, because I don't think 9/11 is the reason for his alienation from this world at all.

I think the reason for his alienation is his nostalgia for home and at another level it's his search for his authentic self. And it is not in the world of profit and loss. It has to do with the complexity and mystery of people, because he is a poet's son.

Joining a private equities firm is a rebellion on his part. We do things to kick back where we come from. But then once he does that, he wonders, "Have I found myself?"

What he is looking for is something more nuanced than the black and white of a spreadsheet.

'We shot most of the Pakistan scenes in Delhi' 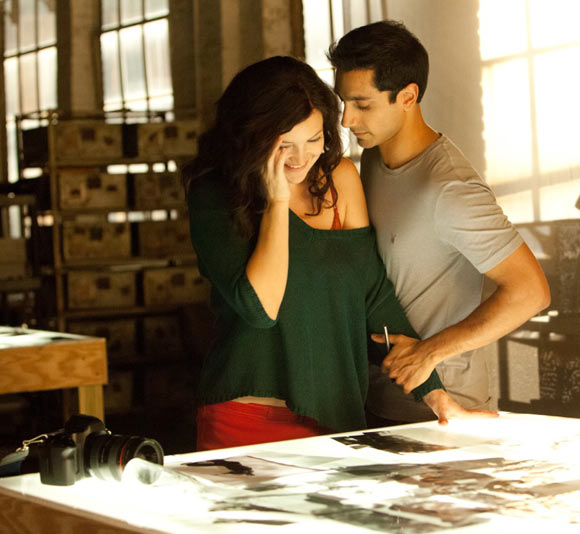 You are British, and obviously you grew up in a Pakistani household, but what did it take to bring out these nuances of a Pakistani from Pakistan and in America?

It took Mira, quite frankly. She was my guiding light. She asked me to read Faiz Ahmed Faiz and understand his poetry. It was liberating. So much humanism from a Pakistani perspective.

Faiz seems to me to be an unfulfilled wish and vision of Pakistan that we still have to make good on. She connected me with a lot of young Pakistani men who work on Wall Street and that was very instructive. I also met her friend Ali Sethi, a Pakistani novelist.

The weird thing is that I was not allowed to go to Lahore for insurance purposes.

I had been to Karachi -- that's where my parents are from -- but not to Lahore. So I had to download the sense of Lahore through Mohsin Hamid and Ali Sethi and that was a big challenge and joy.

We shot most of the Pakistan scenes in Delhi. Meesha Shahi (the Pakistani singer who plays Changez's sister) and (New York-based filmmaker) Mehreen Jabbar were there as well.

In a way this was helpful, since my character's journey is about missing Lahore. There is nothing like cultivating a nostalgia for a place where you have never been.

As an actor you have done two films with Michael Winterbottom and then one film with Mira. How different are they as directors?

They are very different. Michael's films have been completely improvised without any scripts. There was a rough outline as the story. But from one take to the next the scenes were completely different, because we tried different things out.

With Trishna at least, we had the reference of Tess of the d'Ubervilles. Yet, it was like going into the unknown. It's terrifying, but then it becomes very liberating, because you realize you can't make a mistake.

There is no benchmark with which you are judging. It's about throwing a lot of things at the wall and allowing Michael to carve the painting out of your mess during the editing period.

With Mira it was a very rigorous exploration of the text of the screenplay, constantly working and reworking. She has a keenly aesthetic eye.

I wondered what the hell does it have to do with my character, why was she worried about the colour of my scarf? But she has an amazingly rich palate in her films.

Everything is very studied in Mira's films. Michael revels more in the chaos of chance and luck.

'Music is something I do not do for money' 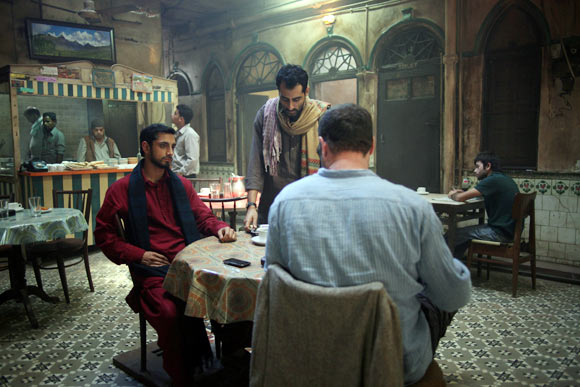 Chris Morris is a genius and his film was totally scripted. He's a professional troublemaker in the best possible way and still manages to be sensitive and nuanced.

Chris just leads a massive sense of fun on the set and that relaxes everyone to the point that lines become like playing catch with the ball.

What was the reaction to the film among Pakistanis in Britain that you were making fun of a very serious issue, of terrorists?

People are intelligent and generally have a good sense of humor. That film is without a doubt the biggest cult smash hit among Pakistanis in Britain.

It is the defining film for people. They feel lionised by that film, in the sense that they are seeing characters they recognise, three-dimensional and human.

How important is your music career to you? You keep producing music and performing while also acting in films.

Music is something I do not do for money. It's a very pure expression for me about things that are on my mind.

I will always write poetry, rap lyrics, and songs. My first album was called Microscope that got a very positive response. I am working on my next project. It should be out in the next year or so.

'I realise that a lot of people can relate to Changez, regardless of whether they are Pakistani' I just did a pilot for HBO.

The one with Poorna Jagannathan, she plays your mother in that?

Yes, and James Gandolfini plays the lead in it. It's called Criminal Justice. I also have a film coming out with Eric Bana and Rebecca Hall called Closed Circuit.

What do you want people to take from The Reluctant Fundamentalist?

Something amazing happened at a screening when a white lady in her 60s, with a southern accent, said your character's journey was my journey.

I now realise that a lot of people can relate to Changez, regardless of whether they are Pakistani or Muslim. Because it is a story of an outsider who is trying to find a home, make new roots, in a country, a society that's new and young. It's a very American story.

It's about trying to take hope and optimism, but also find a ground to stand on. I want people to walk from this movie and talk about it.

It doesn't have a message and it isn't preachy or like Mira on a soapbox. But it is offering you a different way of seeing things -- different from the way things have been shoved down our throat in the last decade or so.