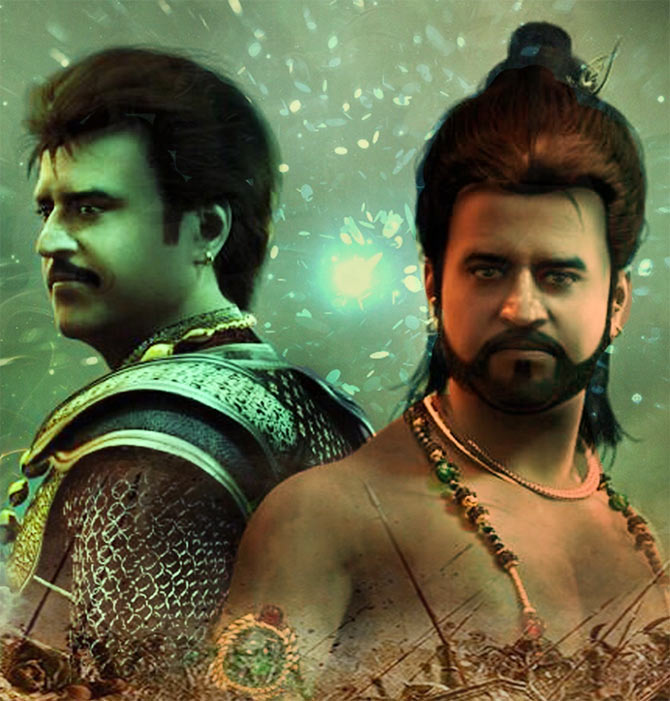 With Rajinikanth's Kochadaiiyaan hitting the screens on Friday, May 23, we look back at Tamil cinema's best mythological works.

Though mythological films played a prominent role in the early years of Tamil cinema, they slowly faded away, giving way to family and socially relevant dramas.

In the late 1950s and 1960s mythological films got a new lease of life with the films of legendary writer/director A P Nagarajan, called the Master of Mythological Cinema.

As Superstar Rajinikanth's Kochadaiiyaan hopes to create history by bringing to life a mythological king, we look at classics that created history in the past. 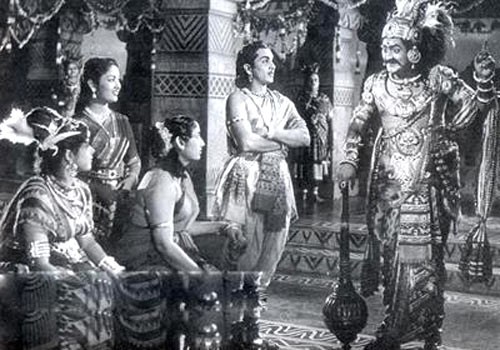 Image: A scene from Mayabazar

Considered one of the greatest films of Indian Cinema, Mayabazar was a bilingual mythological film, first made in Telugu and later released in Tamil.

Mayabazar revolves around the characters in the Hindu epic, Mahabharata and is based on Sasirekha Parinayam, a folk tale popular in Andhra Pradesh.

The film highlights the love between Arjuna's son Abhimanyu and Balarama's daughter Sasirekha.

The film was considered a pioneer in cinematography, art direction and visual effects.

The music created a huge sensation as well.

The film was produced by B Nagi Reddy and directed by Kadri Venkata Reddy. 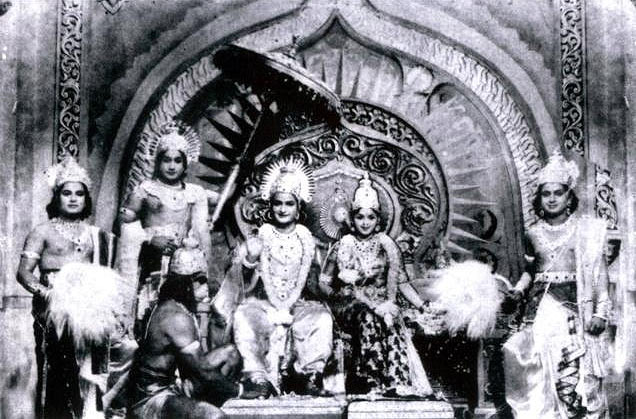 Image: A scene from Sampoorna Ramayanam

One of the earliest Tamil mythological films, it featured N T Rama Rao.

Based on the Valmiki Ramayanam, the film was directed by K Somu.

The story takes us through the life of Lord Ram, from his birth to his exile, the war between Sri Ram and Raavana, and finally Ram’s coronation.

NTR and Padmini were brilliant as Ram and Sita.

There were powerful performances from T K Baghavathi as Raavana, Sivaji Ganesan as Bharatha and G Varalakshmi as Kaikeyi. 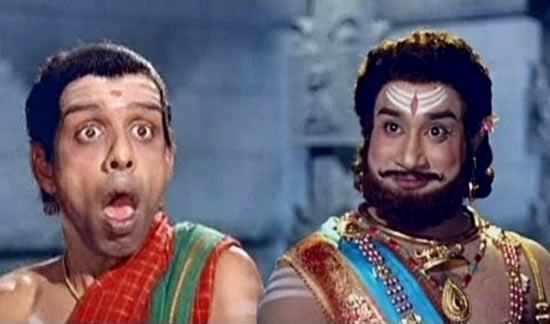 Image: A scene from Thiruvilayadal

Popular mythological classic A P Nagarajan's Thiruvilayadal was based on excerpts from Thiruvilayadal Puranam, a Saivite devotional epic, which is composed of 64 stories related to the Divine Sports of Lord Shiva.

While Sivaji was spectacular as Lord Shiva, T S Balaiah, as the great singer and Nagesh as a poor struggling poet Dharumi were also impressive.

R Muthuraman, Savitri, Manorama, K B Sundarambal and T R Mahalingam made their mark in the film that broke several box office records.

Music has been composed by K V Mahadevan.

Image: A scene from Karnan

Karnan is based on the story of Karna, a character from the Mahabharata.  It was produced and directed by B R Panthulu.

The film revolved around the exemplary friendship between Duryodhana, the Kaurava prince, and Karna, the eldest of the five Pandavas, who was abandoned by his mother Kunti at birth.

The emotional battle that Karna is later forced to wage against his own brothers during the Kurukshetra war forms the crux of the story.

Karnan was a milestone in Tamil cinema as it brought together the then leading actors of South Indian cinema -- Sivaji Ganesan, who played the title role and N T Rama Rao, who was perfectly cast as Lord Krishna.

A digitised version of Karnan was re-released in March 2012. It did well commercially running for over 100 days. 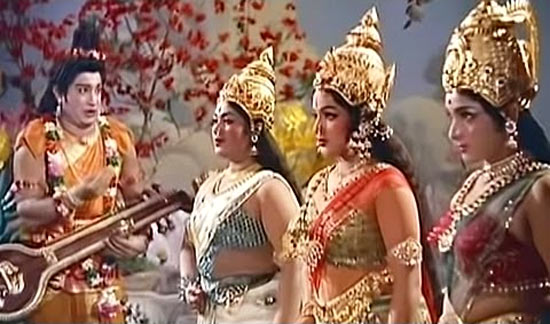 Image: A scene from Saraswati Sabatham

Saraswati Sabatham was written and directed by A P Nagarajan, who set a new trend in the 1960s. 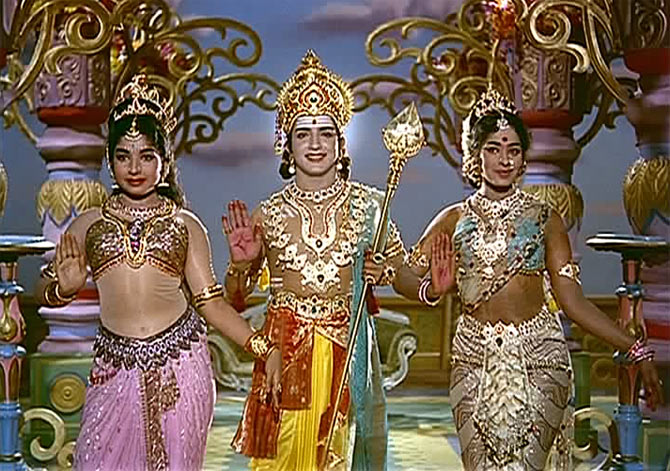 Image: A scene from Kandan Karunai

This popular mythological film directed by A P Nagarajan chronicles the life of Lord Murugan.

The stories include the legend of Lord Muruga re-initiating his father Shiva by teaching him the Pranava Manthra, his fight over a sacred fruit, as well as his marriage to Deivaanai and Valli.

The excellent soundtrack by K V Mahadevan won him a National Film Award.

Master Sridhar as the young Murugan and Sivaji Ganesan as Veerabaghu stole the show.

The film also marked the debut of Sridevi. She was only four when she acted in this film.