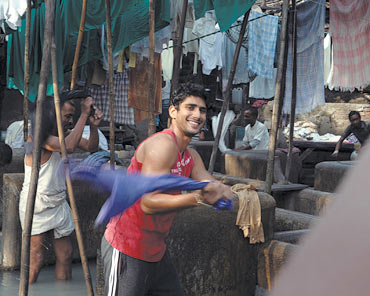 Not just the city of dreams, Mumbai's also the city of movies, the city immortalising the aforementioned dreams. So it isn't any surprise that filmmakers often look to it for inspiration, finding it in both the city's richest and most squalid corners -- and in Mumbai's case, they often co-exist side by side.

Here, then, are films that took their cues from the city that never sleeps, films that clearly love Mumbai:

'Dhobi Ghat is a metaphor,' director Kiran Rao has repeated over and over. 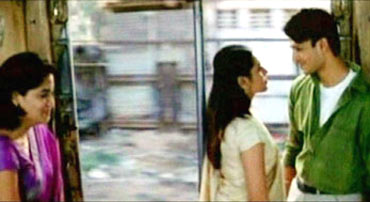 As their eyes meet over crowds, commotion and carriages, even most of their courtship takes place on trains and stations. 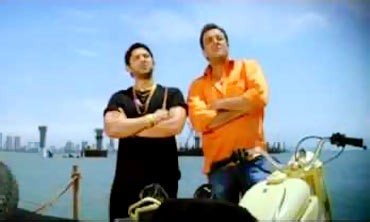 The sequel opens with him sitting by Marine Drive listening to his favourite radio jockey wishing Mumbai a good morning. 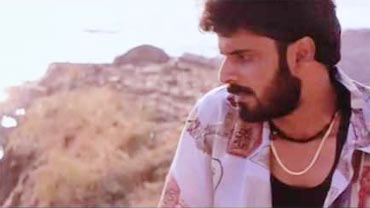 Ram Gopal Varma's Satya offered a grisly look at the city's underbelly, and one of its most memorable sequences was one involving a rapid chase through the slums.

Helmed mostly by the film's co-writer Anurag Kashyap, the chase is a landmark moment in modern Hindi cinema and one that director Danny Boyle says influenced his own Slumdog Millionaire. 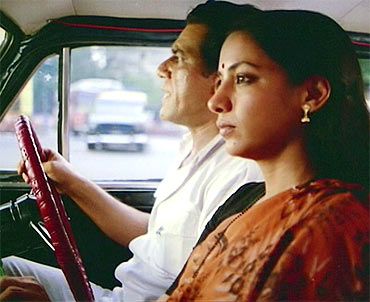 Named after the world's biggest stretch of slum, this Sudhir Mishra film shows off a huge part of Mumbai, often ignored by its filmmakers.

Om Puri plays cabbie Raj Karan Yadav, living in a miserable Dharavi room with his wife, played by Shabana Azmi. This is a fine film about desperation, disillusionment and, equally, dreaming. 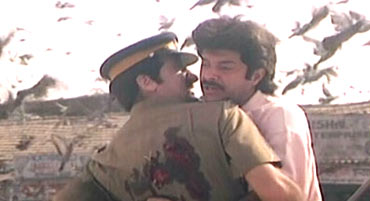 Ages before Ramu made Satya, Vidhu Vinod Chopra made not just the definitive Indian gangster movie, but one so influential the Mumbai underworld began to use phrases from the film in their own lexicon.

A lot of the key sequences in Parinda showed off the Gateway Of India, most crucially that memorable scene where Anupam Kher is killed. 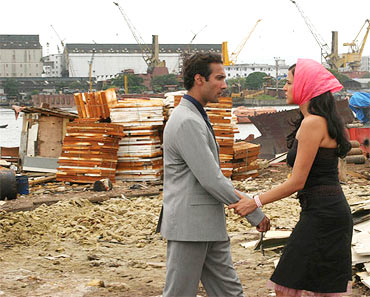 Rajat Kapoor's film about a lookalike actor pretending to play a mafia don (a great Ranvir Shorey in both parts) really kicked off as the actor sat by Marine Drive, that great Mumbai leveller, drinking cheap whiskey. Till, in that only-Mumbai fashion, his life is changed by a drive-by shooting. 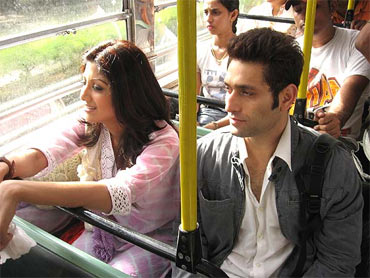 Anurag Basu's musically-interlinked ode to the city of Mumbai saw many parts of the city -- from its tubelit taxicabs to its old libraries, from mid-city beachfronts to iconic landmarks -- and did it all very flatteringly, showing off how beautiful, and how democratic, the city can be, even as it could be relentless and cruel. Arguably Madhur Bhandarkar's best film, Chandni Bar was one of the first to truly try and explore the world of the once-ubiquitous Mumbai dance-bar.

It is a subculture that never tried to hide too far away from the busy city streets, and this Tabu-driven look at it was both revealing and fascinating at the same time, no matter how real. 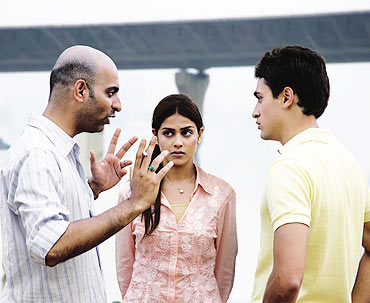 This fresh and urban Abbas Tyrewala romance showed off some Mumbai nightspots, from discotheques (where some patrons arrived with horses) to house parties and walks along the marketplaces and the seaside.

And for good measure, protagonist Imran Khan rides a horse down Marine Drive.