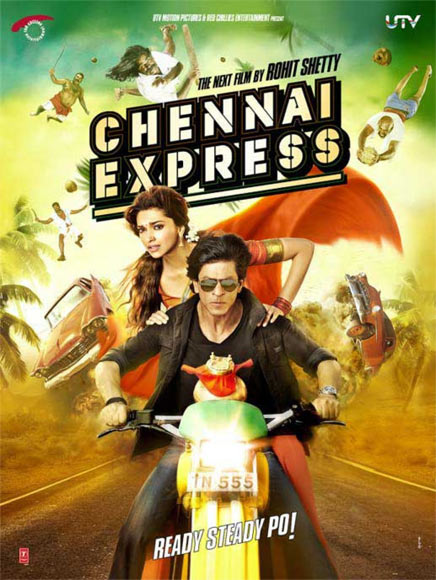 Image: Shah Rukh Khan and Deepika Padukone on the poster of Chennai Express

Here's what your favourite Bollywood celebrities are tweeting.
A day before the official trailer launch of Shah Rukh Khan's Chennai Express, several actors in the film industry tweeted about it, and how much they loved it.
Ameesha Patel, who visited Rohit Shetty's office, shared a picture of them together and tweeted: 'Was at Rohit shettys office ..saw the promo of CHennai Express..awesome promo..met srk also ..as charming as ever.'
Chitrangda Singh: 'Just saw the first trailor of Chennai express !! Full on entertainment !!! Sharukh style n Rohit shetty.. "Shtyle" ..get ready guys !'
Sonal Chauhan: 'Just saw the trailer of #chennaiexpress. Rohit Shetty is back again. Only with better. Yes it's possible. Thrs no stopping this man. cant get over how good the trailer is. @iamsrk u truly r the king. U only keep giving us better.Love n Respect. What an experience. #chennaiexpress can't wait to watch the film.'
Meanwhile, producer Ekta Kapoor has postponed the release of her film Once Upon A Time in Mumbaai Again to August 15 to avoid clash with Chennai Express, which will release on August 8.
Tags: Chennai Express , Rohit Shetty , Shah Rukh Khan , Chitrangda Singh , Ekta Kapoor 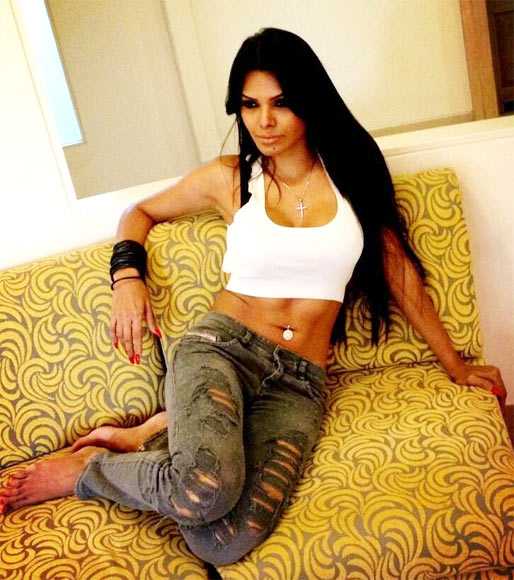 Choreographer-turned-filmmaker Farah Khan, who was admitted to hospital last week after she complained of high fever, has been discharged from the hospital.
She has been advised bed rest for another week.
Farah tweeted: 'What a relief 2 b home after 10 days in hosp! Treatmnt still going on but already feelng better with my family around.bedrest 4 anothr week!'
Farah Khan is on the jury panel for the dance reality show, DID Super Moms.
Tags: Farah Khan , DID 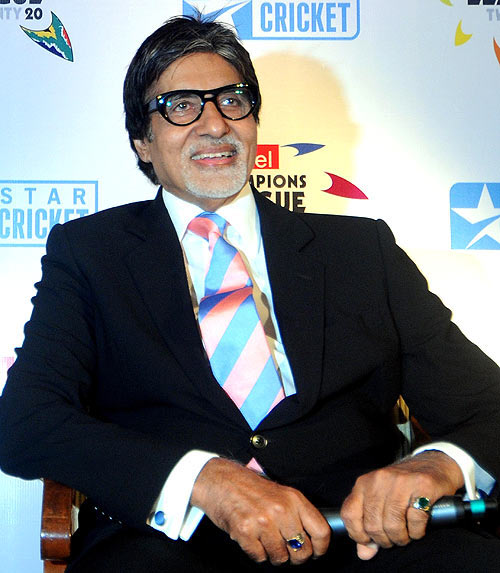 Image: Amitabh Bachchan
Photographs: Pradeep Bandekar
Amitabh Bachchan, who is frequently seen making guest appearances in movies, finds it difficult to say no.
The 70-year-old actor tweeted: 'Saying 'no' is the most difficult response .. for me at least !!'
Meanwhile, Bachchan, who is close to industrialist Anil Ambani and his family, has lent his voice for a documentary on Kokilaben Dhirubhai Ambani Hospital.
'Done a voice over for the Kokilaben Ambani Hospital docu on National Geographic channel ... quite something !! The docu on the Hospital shall take a while to come on .. its filmed but now in post production,' he added.
Tags: Amitabh Bachchan , Kokilaben Ambani Hospital , Anil Ambani
More