Shah Rukh: I have no problem with any actor 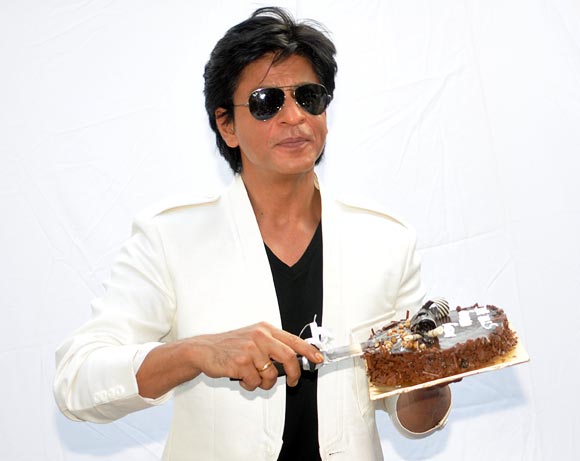 Shah Rukh Khan celebrated his 47th birthday with the media and thousands of fans gathered outside his bungalow, Mannat, in Bandra, suburban Mumbai.

Like every year, the actor cut a cake, and thanked everyone for their wishes.

"I am not one for big birthday celebrations," SRK said. "I feel blessed that every year people from the media and my fans from all across the country celebrate my birthday with so much love. I am happy that other people are also happy for me on my birthday. It is very touching."

'I have always got more than what I had wanted' 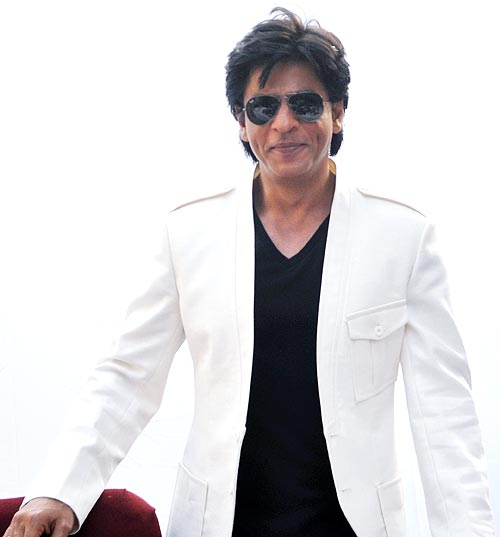 The superstar claims he's achieved much more than what he expected to in his long career.

"I never had big dreams and just wanted to work hard and act in films, and be accepted," he said. "I have always got more than what I'd wanted. I will not do anything to tarnish this happiness."

'There are enough screens for JTHJ and SOS to release together' 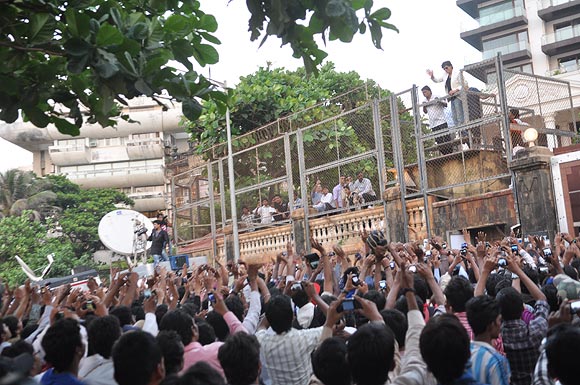 Devgn, who is also the co-producer of his film, has filed a complaint to the Competition Commission of India (CCI) against JTHJ producer Yash Raj Films for manipulating exhibitors and distributors to release their film in more theatres than SOS.

Commenting on the issue, SRK said, "I was reading about it in today's newspapers. There are enough screens available in the country for both films to release. Thankfully, it is not my production house and I am not directly involved."

He clarified that he had no 'issues' with any other actor. "I hope they resolve it and by this Friday, both films do well. I have no problems with any actor. I have nothing against anyone," he says 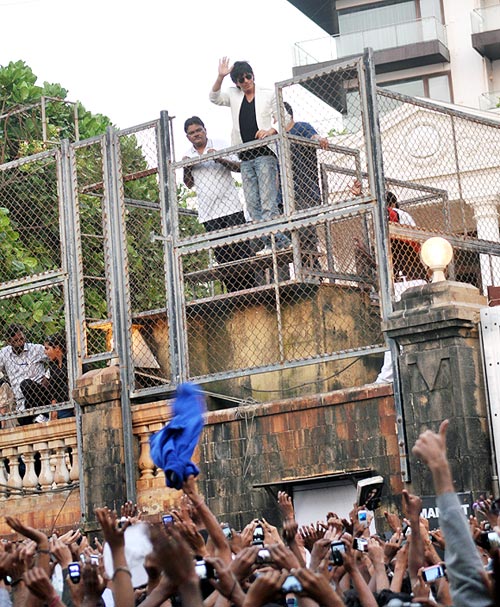 Signing off, SRK said: "I am just an actor, who does his job and gets paid for it. I pray that the amount of love and happiness which I have received continues."

Then he climbed the walls of Mannat, so that his fans could have a better look at him!