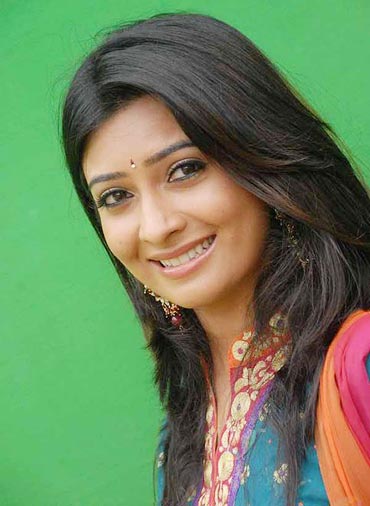 Kannada actresses these days get to do more than run around trees. Here's a look at the leading ladies who were not just mere arm candy.

Pandit joined hands with director Shashank (in whose film Moggina Manassu she debuted) yet again this year. And it was action replay when it came to her performance.

Radhika played a young girl with two shades to her character in Krishnan Love Story. While in the first half she played a bubbly college student, in the second she played a disturbed, guilty and dejected lover. She carried the film on her shoulders especially in the second half.

The actress has now bagged a role in Hudagaru, the remake of Tamil blockbuster Nadodigal. Adhuri opposite newbie Dhruva Sarja is her other project. 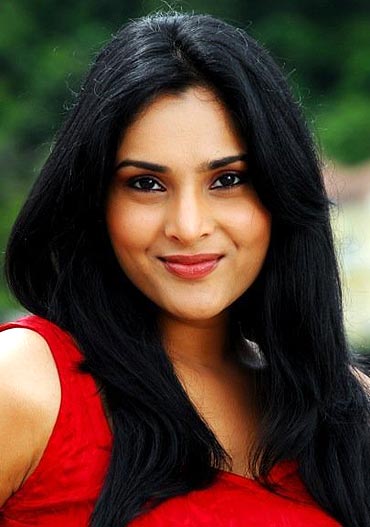 Ramya has ruled the Kannada film industry for some quite time now. This year has also been good for the beautiful actress. She had three releases so far.

Just Math Mathalli was her first. In this film she is paired opposite Sudeep, with whom she shares a very good onscreen chemistry. Ramya not only looked ravishing but also did justice to her bubbly role.

Next came Jotegara. The plus point in the film was Ramya. She was in the film from start to finish and added life to her character in every scene. Her chemistry with actor Prem was also good.

Sanju Weds Geetha is among her most awaited projects. She also plays the lead in Dandam Dashagunam, the remake of Khaka Khaka. 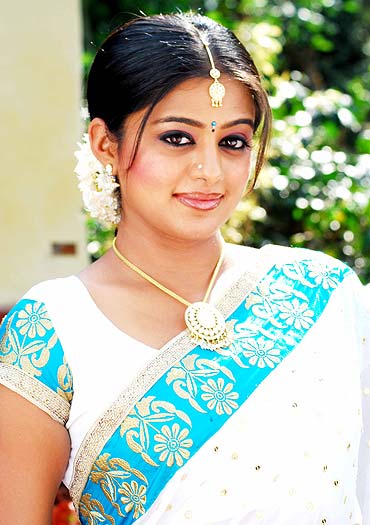 This Bangalore girl's entry into the Kannada industry may have been delayed but it happened with a bang nonetheless.

Her Kannada debut, opposite Puneet Rajkumar in Raam last year, only earned her more points. Her second film was also opposite a big star, Ganesh.

While the film, Eno Onthara tanked because of a very stale subject line, Priyamani did complete justice to her role as a headstrong collegian. She was in fact the only saving grace of the film.

Her next Kannada film is with Sudeep.

The actress was recognised by the Kannada industry a tad bit late, but following her entry she has been well accepted by both the filmmakers and the audience. 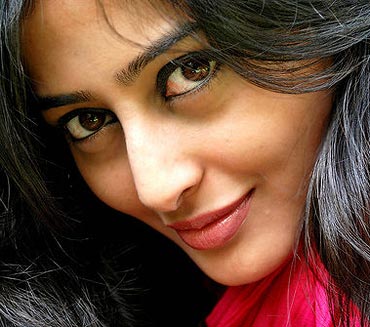 Yograj Bhatt has the reputation of bringing to track the careers of several actors who had been written off. Nidhi Subbaiah is the latest addition to the list.

The makeover that Pancharangi gave her went beyond looks. She clicked as the bubbly Ambika, a character who somewhat resembled her real life chirpy persona.

With Pancharangi, Nidhi earned herself a greater share of family audience. The film also upped her position in the industry.

She has now signed a film opposite Vijay titled Veera Bahu. She plays a traditional girl in the film. She has also bagged the lead role in Krishnan Marriage Story. There seems to be no looking back for Nidhi 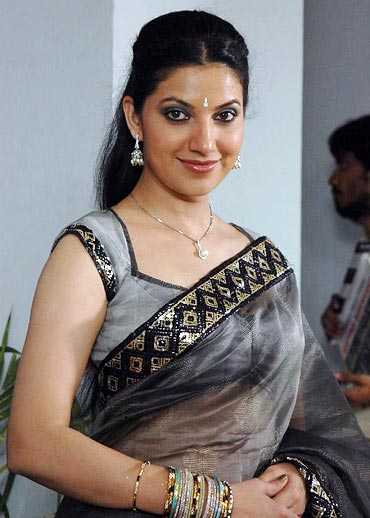 The actress who made a name for herself in films like Chandramukhi Pranasakhi and Inti Ninna Prethiya returned to Kannada films this year with art film, Vimukthi and commercial potboiler, Aptharakshaka.

Vimukthi explored the electra complex. Bhavana was convicing as the possessive daughter.

In Aptharakshaka too, the actress, who plays a recluse and a mysterious painter, stood out.

While in Vimukthi, she essayed the lead role, in Aptharakshaka she was cast in a small role. In this film, her expressions did the talking.