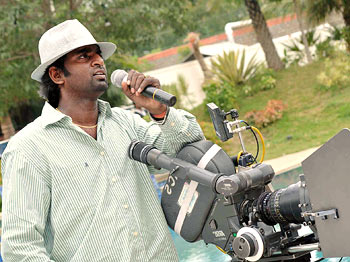 Senthil is a happy man as Magadheera is hurtling towards becoming a blockbuster. He has earned the appreciation and won kudos from one and all for his brilliant cinematography in the Telugu movie.

No wonder Senthil, who is also the cinematographer of the year's first smash hit Arundhati, is pleased as punch.

Radhika Rajamani caught up with Senthil to talk about all his efforts in Magadheera and his new project Takita Takita.

Were you worried about Magadheera's performance?

I was not worried about the performance. I only worried whether the film would meet the high expectations. After the release, we did just that and I was overwhelmed with calls. People compared it to a Hollywood film.

Till now, Telugu films were not positively looked upon. With Magadheera, we can be proud. It is every technician's dream to be part of such films, and I am fortunate to be part of two landmark films Arundhati and Magadheera.

'Rajamouli gave me scope to showcase my talent' 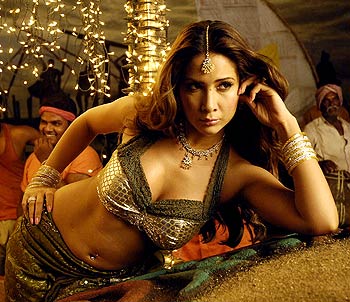 What made you accept Magadheera? Was it because it was a Rajamouli film with whom you share a good rapport, or the script or the fact that it was part-period, part-modern which would give you scope to showcase your skills as a DOP?

You said in an earlier interview that it would be a landmark film. Did you say it in the context of its technical excellence?

At that point, it was purely on the grounds of the canvas we were working on that I made that comment. Technicians had always been putting in more than 100 per cent. Now it feels good if work is appreciated and gives a boost to work harder. You try to redefine your work. You have a benchmark to choose your projects.

'No special lenses were used' 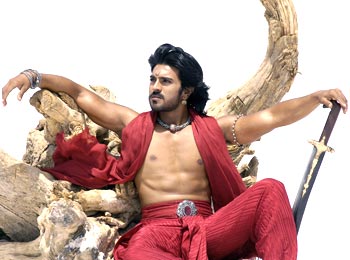 Your camera work is excellent particularly the shots of the period part. The colour tones are good. Did you use any special lenses or camera?

I used a Super 35 camera for the period part to enable graphic work. For the modern part, I used a 435 camera. No special lenses were used. DI (Digital Intermediate) helped a lot.

How much of DI is used to complement your effort?

By DI, we can do the colour correction. It helps and complements. There was this shot where the colours were de-saturating when the heroine dies in the period part -- that was possible because of DI.

'We shot the horse sequences near Dholavira' Did you shoot the one of the horse on the stark white landscape against the backdrop of the blue sky in the Little Rann of Kutch?

When we were looking for locations, we were told about Kutch. We found empty land with brown soil we were looking for there. A BSF guard there told us if we go further, we would find white land. We went further and found that kind of land. We doubted whether horses and chariot could run on that land. We took pictures and came back. Then our people checked whether horses and chariot could move on it.

Later we found a place 200 kilometres ahead of what we had seen close to the Harappan site of Dholavira. We shot the sequences near Dholavira. DI helped me a lot there. Because of the uneven light conditions, the sand would look yellowish and with DI we could make it white. So also the sky was coloured with a tinge of blue. The location helped the way it came out on screen.

'We had enough dress rehearsals' 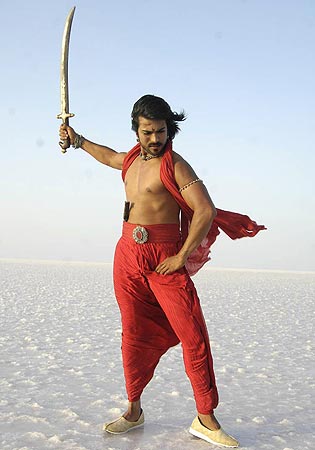 How much effort did you put in for discussing the colour pattern? Did you work in conjunction with Ravinder (art director) too?

It's a complete team effort. We had enough dress rehearsals. We used to have our own fights but took it in a sporty way. Ultimately we used to see what is important and helpful to the film.

Did you enjoy doing the period part or modern or both?

Obviously I enjoyed working on the period part. If there's extra challenge, I feel charged and give it the best. 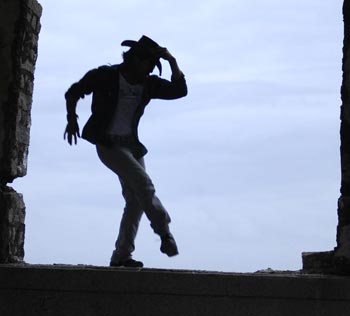 Did you do research on your own for the film?

Since there was no reference, one started to think on what it should look like given the story. I saw a lot of Hollywood/Chinese films with grand visuals to get an idea. Then I said, let's do our job. We wanted to do it our way. It was a tough film because of the sheer scale of it.

Did Chiranjeevi garu have any comments on your work?

I have not met him. I'm shooting my next film.

'Films like Arundhati and Magadheera happen once in a lifetime' 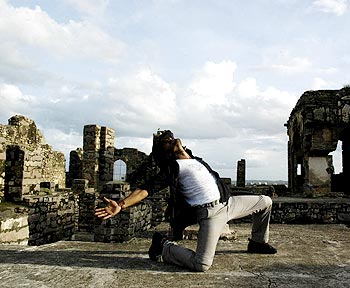 You told me earlier that films like Arundhati and Magadheera happen once in a lifetime. Do you still stand by that statement?

Yes. I'm fortunate to have been part of both. If God wishes, I will be doing more.

'Magadheera could not have been made in eight months' 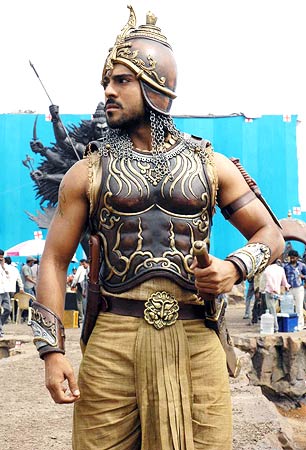 Both Magadheera and Arundhati were in the making for quite some time...

(That was) because of visual effects. The scale of graphics in both films is very high. Magadheera could not have been made in eight months -- there was immense pre-production and post-production.

'Doing Takita Takita is a breather' 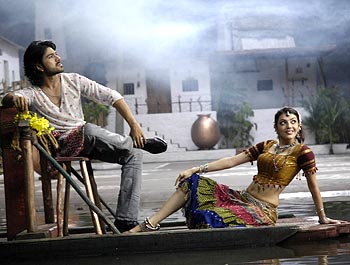 How is it working on your new film, Takita Takita as opposed to the grand Magadheera?

It's a big relief. This film has newcomers as actors, and there is immense energy in it. I remember my Aithe days (Aithe was the first film for many of the crew).

Doing Takita Takita is a breather. It's a fun-loving film directed by Hari Nanu. Since it's a feel-good one, I picked it up. After doing a big film and earning the respect, the responsibility is greater. I have an amazing dedicated team of assistants whom I can count upon. I am proud of them, without their effort I couldn't have pulled off Magadheera.