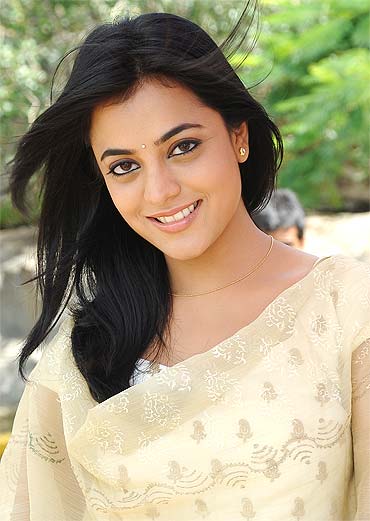 Kajal Agarwal's sister Nisha Agarwal is all set for her movie debut with Emaindi ee Vela releasing on Friday (November 12).

Born and brought up in Mumbai, this hotel management graduate did an internship with the Taj Group of Hotels in Mumbai in the sales and marketing division before the arc lights beckoned her.

A student of Shaimak Davar's dance school and Kaypee's salsa, Nisha has also learnt a bit of Kathak.

She tells Radhika Rajamani more about her Telugu film. Excerpts:

How did the acting bug bit you?

It's my sister who convinced me to act. I wanted to be famous so I started to groom myself.

Why did you decide to choose a Telugu film to start with and not a Hindi one?

So, you are following your sister in this regard...

Not really. It's just that this film came my way first.

'I was nervous but that lasted about 15-20 minutes' 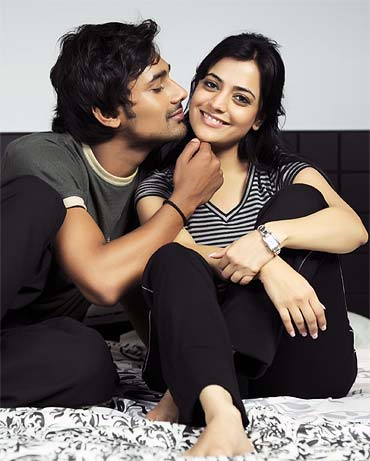 How did you come to sign Eemaindi ee Vela?

I was in Hyderabad. The director (Sampath Nandi) saw a feature of mine in the Andhra Jyothi magazine and wanted me for the character of Avantika. I liked the script but was jittery about certain scenes and shots. My director was well prepared. He had the story board ready and showed me the scenes in pictorial format.

Is it a love story?

It's a romantic entertainer -- youthful and full of fun. It's a film everyone can relate to.

I play Avantika, a girl from Bapatla (coastal Andhra) who moves to Hyderabad to pursue a software course. She stays in a hostel in Ameerpet. She is headstrong and mature. The film is all about how she adapts to the city, and falls in love.

How was it acting in your first film?

I was nervous but that lasted about 15-20 minutes. Initially I had to carry a lot of baggage. There were lots of things in my mind about comparisons (with my sister) and expectations. The lines too were difficult initially. But it was a good experience and I was comfortable later. I could concentrate on my lines, emotions and expressions.

'Varun made me come on time to the sets' 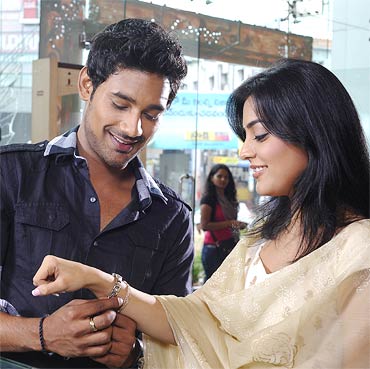 Was delivering dialogues in Telugu difficult?

I could cope with it. The script assistant would give me the dialogues and explain what each word meant and then I would practice in front of the mirror and do my homework. The director, Varun and everyone in the unit made me comfortable. So there was no difficulty. Also my mom was there on the sets to help out at every point. Everything was well taken care of.

How was it working with the director Sampath Nandi?

It was a real pleasure. He is an organised person and so clear in his thoughts. We would do one or two rehearsals and then go for the take. He was very helpful and I got to learn from him a lot especially regarding which profile would look good in front of the camera and how to look into the light and camera without closing my eyes and frowning.

How was Varun as a co-star?

Varun is amazing, very professional and punctual. He made me come on time to the sets. He was very supportive and it was a learning experience just looking at him. He is lively and energetic making the atmosphere cool and fun to work. 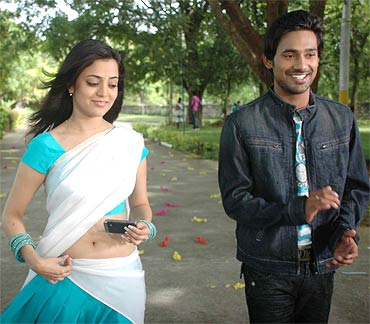 Where was Eemaindi ee Vela shot?

Does Kajal advice you regarding your films?

Yeah, whenever I have to take a major decision, my parents and sister have to be part of it. In fact my mother, sister and I listened to the narration of Eemaindi ee Vela.

Whenever I face a problem in giving a particular expression, my sister tells me how to go about it. She didn't interfere with what Sampath Nandi wanted. She came only once on the sets to say hello as she was shooting nearby. She has been very helpful. As she was also shooting in Hyderabad, we would discuss the day and whatever problems cropped up. She advises on how to be in the industry and what it is like.

'You will be seeing a lot of me' 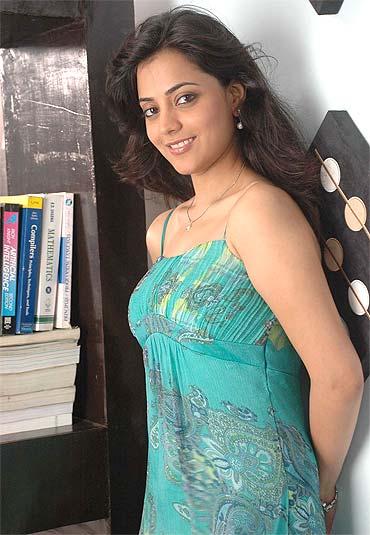 Are you nervous about the release?

I am happy to make by debut with this film. The script and screenplay are both good so I am sure the film would be lovely. I am excited, happy and nervous too. It's like how one feels before a board exam result.

It's all under wraps now but you will be seeing a lot of me.

Certainly, I would love to do even Bengali and Punjabi (my mother tongue) and other languages. It's the script and the role that matters more than the language.