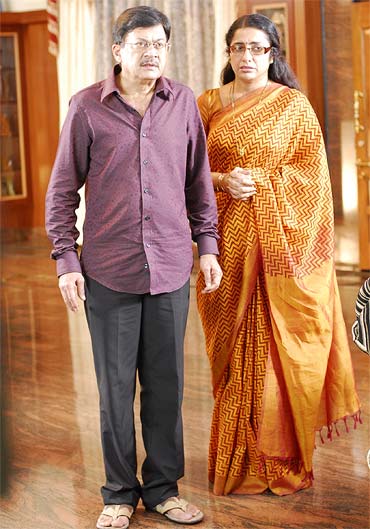 Given that the Indian Premier League fever is all set to engulf the nation, the Kannada film industry is in a hurry to release its films. Like earlier weeks, this week too there are three films releasing.

Eradane Maduve, which came as a saving grace to an industry desperate for hits last year, had Ananth Nag, Suhasini, Tara, Sharan, Rangayana Raghu, Prem and Jennifer Kotwal in the lead. The film was about a suspended government official and the subsequent humiliation he goes not just in the society but also at the hands of his bossy wife, arrogant children, interfering brother-in-law and a talkative maid. The film was a laugh riot and Matondu Maduvena! promises to tickle your funny bones even more.

While the first part ended with a wedding, this one starts with one, with the couple's second daughter getting married. Being an inter-caste marriage, the film, in a funny manner, captures the problems the two families face. The girl's parents' advice adds to the couple's woes. While the mother wants her daughter to be in control of her house and husband, the father is shown warning his son-in-law against becoming henpecked.

The main cast has been retained -- only Rangayana Raghu has been replaced with Raju Thalikote. Lead pair Naveen Krishna and Priyanka are also new additions.

Naveen says, "As Babu had done his homework and the shoot was well planned, we finished shooting in 20 days flat. In fact, we used to rehearse before the actual shoot and there were no cuts. We even shot an eight-page scene without any cuts. Ananth Nag is very good in the scene. Even though I had the maximum dialogues in that scene, he steals the show with just his expressions." 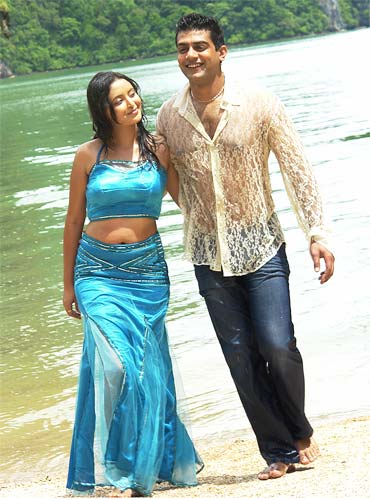 Will Raghu Mukherjee overcome the debacle of his recent Nee Illade with this week's Prema Chandrama?

The actor plays a naval officer in this love triangle. Rekha, who was last seen playing a negative character in Darshan's Boss, is the heroine, playing a nurse. Kiran Srinivas, who debuted with Haage Sumanne, plays the other lead character, a doctor is in love with the nurse, who is married to the naval officer.

Rekha will be seen in a de-glamorous avatar here. Raghu also has shed his metropolitan image and gone rustic in a song. In another song objects including bike and chairs made of metal scraps have been used as props.

Shahuraj Shindhe who directed Snehana Preethina and Arjun is the director. Harikrishna is the music director. Ganesh, one of the producers, has also acted in the film. 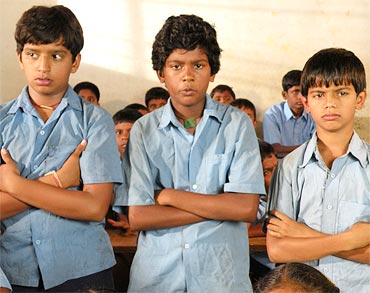 Debutant director Aviram is also testing the waters this week.

His film 106 Kanasu aims to bring to the fore the plight of children studying in government schools. The film is mostly based on his own life as a student. The film will talk about the dreams and aspirations of students who study in such schools and about how far the education system, society and their families help them realise their dreams.