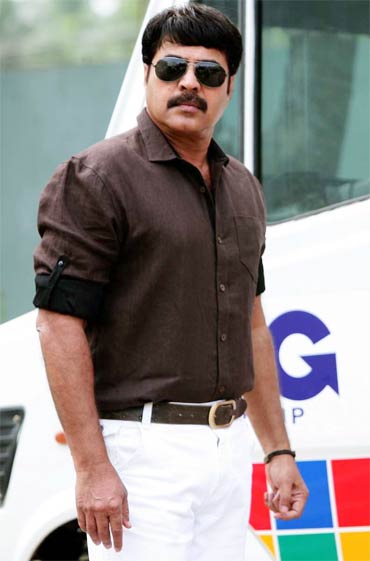 It's box office battle once again between the two superstars of Malayalam films this Vishu.

Mammootty teams up with yesteryear heroine Nadia Moidu in Doubles while Mohanlal has Jayaram and Dileep for company in China Town.

Doubles has been directed by debutant Sohan Seenulal and is scripted by the hit pair of Sachi and Sethu. Mammootty and Nadia Moidu play twins named Giri and Gouri, who run a mobile rescue unit for accident victims on the highway.

They are really close and have decided not to marry to continue their affection for each other. But the equation changes with the entry of Saira Banu, the character played by Tapsee. 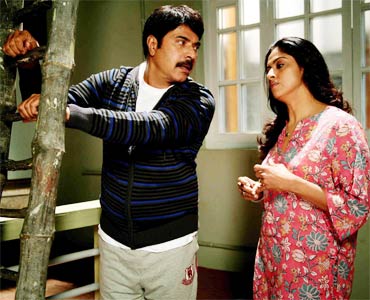 Nadia Moidu had created quite a storm in Malayalam cinema with her maiden film Nokketha Doorathu Kannum Nattu. She became a busy heroine for a while and was paired opposite Mammootty in quite a few films. She took a break from acting after her wedding, and made a comeback in Tamil with some fabulous roles.

With Doubles, Nadia is expected to create a sensational return to Malayalam filmdom. 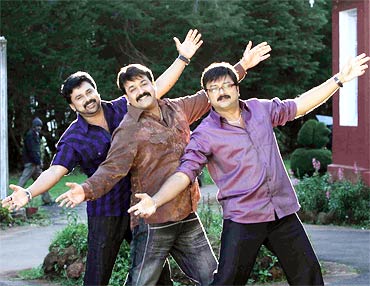 On the other hand, China Town is going to be a laugh riot in true Rafi-Mecartin style.

Mohanlal, who was recently seen in the multi-starrer Christian Brothers, is hoping to set the cash registers ringing. His character is Mathukkutty, a ruffian who is trying desperately to change his nature.

Zacharia, Jayaram's character is a businessman going through a rough patch.

Dileep is Binoy, who has gone through a few love failures in his life.

The director duo has several hits to their credit but failed to repeat the magic with their last release, Love In Singapore, which had Mammootty as the hero. 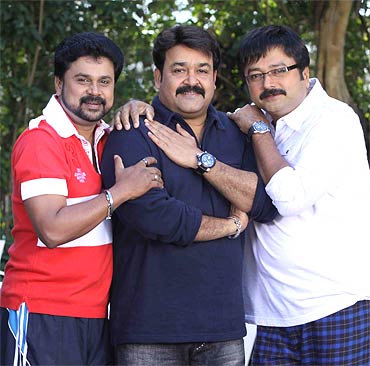 According to the director duo Rafi-Mecartin, the story is about two generations. The older generation is played by Mohanlal, Shankar, Shanavas and Deepu Karunakaran. Mohanlal plays the second generation as well, with Dileep and Jayaram.

The story is set in a place called China Town, in Goa, which is known for its casinos and gambling. 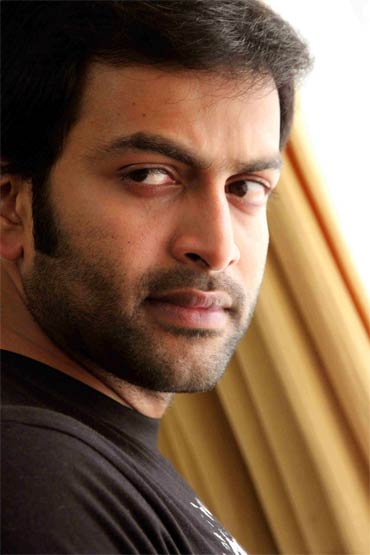 Also in the pipeline are films like City of God, directed by Lijo Jose Pellissery, starring Prithviraj and Indrajith.

Several small budget films are waiting in the wings and the release of all those films will depend on the box office show of the big ones.

Doubles and China Town is aiming to release this Vishu and make the summer vacation season grand.

Will it be another successful period for the top two stars of Malayalam? Or are we going to see some surprises in the coming days? Watch this space as the plot thickens.