Sign in  |  Create a Rediffmail account
Rediff.com  » Movies » Jiiva: Hope I get more female fans after my new film

Jiiva: Hope I get more female fans after my new film 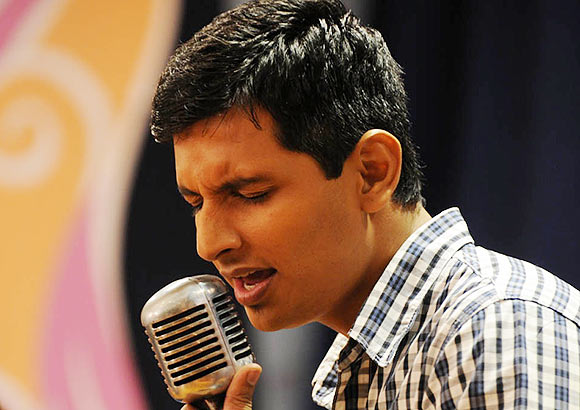 Though his last film Mugamoodi didn't succeed as expected at the box-office, Jiiva has some very interesting projects on hand.

Neethane Enn Ponvasantham, a trilingual directed by Gautham Vasudev Menon is one of them.

While the Tamil and Telugu versions of the young love story are releasing this Friday, the Hindi version will release much later.

In this interview, Jiiva talks about the experience of acting in the film.

What was your initial reaction to being asked to act as a school boy?

I was very surprised. I had put on a lot of weight at that time -- around 90 kilos -- and I wondered how I was going to look like a school student.

But I was also aware that I would get to work with a director who knows his craft very well.

I was shooting for Shankar's Nanban at that time. When I met Gautham Menon, the first thing he told me was that I had to lose weight.

Luckily, I started playing the CCL matches at that time. I also went on a strict diet and lost a lot of weight. 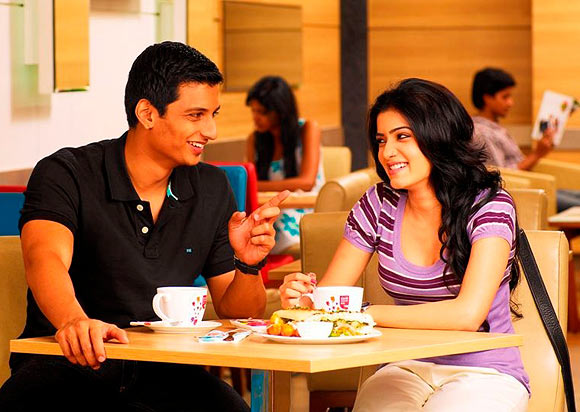 Was it the toughest role you've had to play -- a school student, then a college student, and then a young man in his 20s?

Not at all. In fact, I would say it was one of the most enjoyable experiences of my career.

I had a great time acting in the film. Pon vasantham means beautiful autumn and it was really a pon vasantham for me.

What was the most enjoyable part?

Though all the three parts were enjoyable, I think I liked the college portions the most. We shot the college days first and at that time, I was really fit and felt really good. 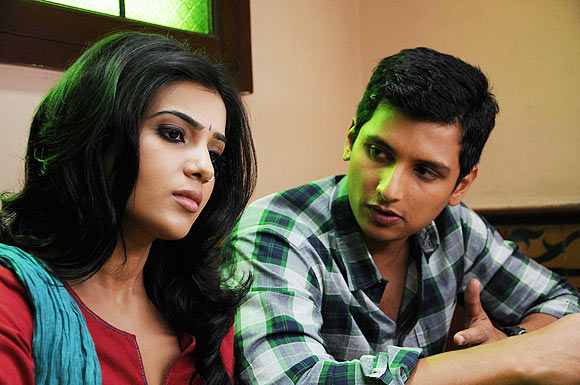 When the first stills of the film were out, everybody was surprised to see your new and young look. Did you get a lot of compliments for the look?

I am only 29 but people have seen me looking older and in ill-fitting clothes. I've played my age in a film for the first time.

So, I thoroughly enjoyed it. As an actor, this movie is a great exposure for me.

What do you still remember about the school and college portions?

I enjoyed delivering the funny dialogues. At 29, it was funny to talk like a 16-17-year-old!

I haven't been to college, but I enjoyed the college portions in the film. I could relate to what Varun did when he was 21-22.

'I had a great co-star in Samantha' 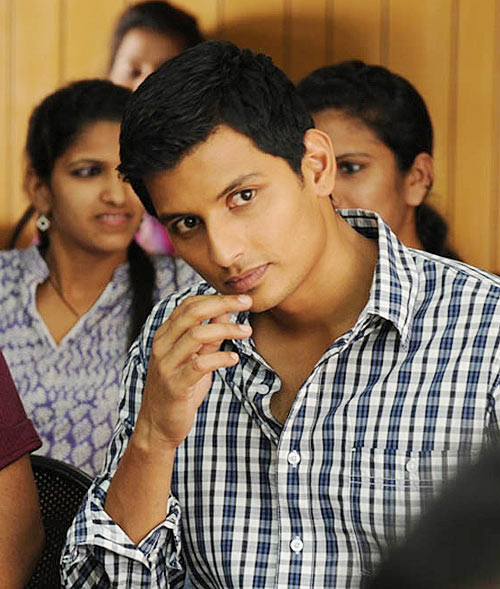 He made sure that I wasn't uncomfortab#8804 normally I am a bit uncomfortable doing romantic scenes. But in this film, I didn't feel that way.

The dialogues I had in the film, I might have said 10 years ago! Today, I am a married man with a kid!

I had a great co-star in Samantha so the romantic scenes came out well. Before each scene, I used to crack a joke so that she felt comfortable.

The scenes were so well executed and the dialogues beautifully written, that as an actor I had no problem doing them.

Is it not your first out-and-out romantic film?

Yes, it is. It is a pure love story. Like my life story. When Gautham narrated the story, I could connect to many of the situations. That made a big difference.

'I didn't stay back to watch others' 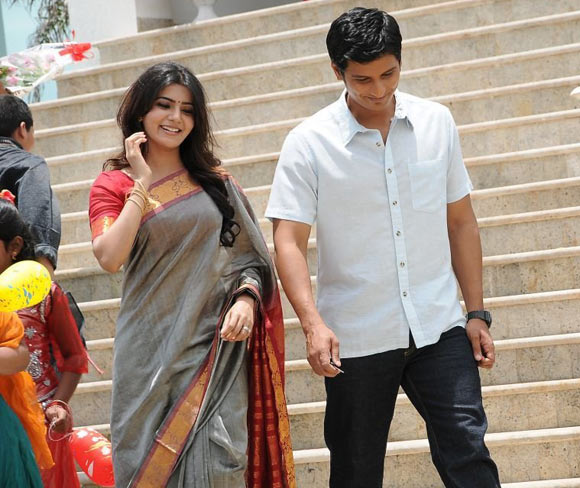 All three versions of the film were shot simultaneously. Did you watch how the others did the same scenes?

No, I didn't stay back to watch others. There was no question of me comparing my acting with the others. I am not that kind of guy.

I am not good at dancing, but Nani is. That didn't make me jealous or uncomfortable. I enjoyed playing Varun Krishnan.

I used to make fun of Samantha about the romantic scenes, as one after another, we were saying or doing the same thing to her!

I was the one who gave Samantha a tough time, teasing her all the time. Nani is a silent guy, and the guy who did the Hindi version (Aditya Roy Kapoor) was more focused. So, I was the one who did all the fooling around.

If there was a kissing scene, I would tell Samantha that I was going to do the first kissing that day!

How much are you looking forward to the release of Nee Thane En Pon Vasantham?

I am really looking forward to the release because everyone says I look young and smart in the film. I hope to have more girl fans after this film! (laughs) 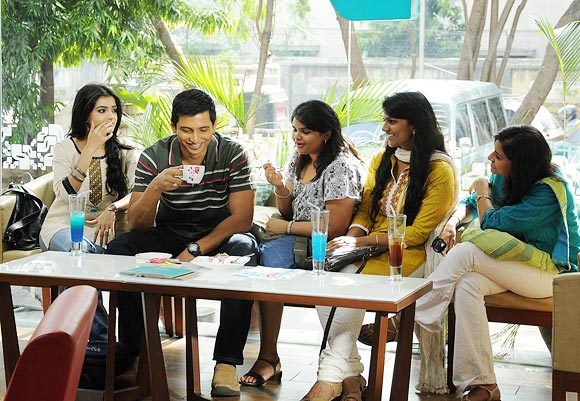 You have come a long way from your Katrathu Thamizh days, when you had unkempt and unruly hair and an uncouth beard.

Yes, in those days girls looked at me with disgust (laughs). In the films that followed, I used abusive language and slept on the road. But many women liked me in Ko, which was not an out and out romantic film.

Varun is one of the most memorable characters I have played in my career. I have never enjoyed myself so much playing any character.

I really feel positive about the film.

I can confidently say that this is better than Vinnaithandi Varuvaya.