'I didn't dream of a career in films' 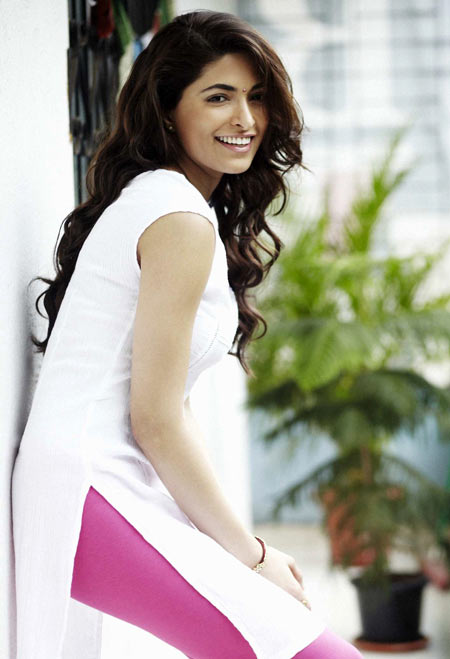 It is an anxious week for Parvathy Omanakuttan, the first runner- up in the 2008 Miss World finals. Her first Tamil film and the most anticipated film of 2012, Billa 2, is releasing this Friday.

She made her debut last year with the Hindi film United Six, butit failed to make an impact. So, the Ajith-starrer directed by Chakri Toleti could begin a new chapter in her career.

In this interview, Parvathy Omanakuttan talks about how she landed up with Billa 2 and what the film means for her career.

How did the role of the heroine in Billa 2 land in your lap?

I have seen the entire Billa franchise, including the Amitabh Bachchan and Shah Rukh Khan Dons and also both the Billas, but I never ever imagined that one day I would be a part of Billa.

I met the producer at a function in Chennai. He said he was casting for a big budget film and asked whether I would like to do an audition. I said, why not? He said he would ask the director to narrate the story and we would take it forward after that.

Only when I met Chakri Sir did I come to know that the film was Billa 2 and that they were looking for a heroine to be cast opposite Ajith. I could only say, wow!

The role that was offered to me was quite different from what I am. It's a very demure, de-glam role. I thought that was the best way to get into films in the south as through such a role I would be able to connect with a larger audience.

I knew it would be a great debut for me in the south. It is very easy for a girl like me to play a glamorous role but not one like this.

'A majority of Indian films are male dominated' 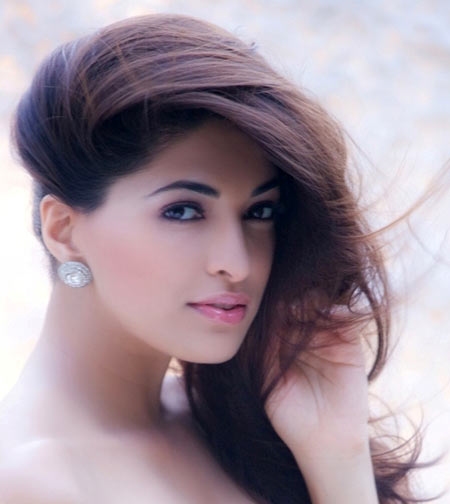 Were you surprised when the role was offered to you?

Yes, I was. The offer came at a point in my life when I had decided that I would finish all my shows and go to New York.

I was doing one of my last fashion shows when this offer came. It happened all of a sudden when I was least expecting it!

It made me feel that everything in your life is pre-destined! Things will happen when they have to.

Because it was Billa, an action film with Ajith as hero, were you worried about his overpowering presence overshadowing you?

Not at all. A majority of Indian films are male dominated. More than that, there is nothing like a big star's film to launch a newcomer.

As a newcomer, I am not looking at the length of my role but how important and interesting it is. In the case of Billa, Jasmine, the character I play, makes a difference in the life of David Billa and also the whole film.

I play a catalyst for change. What more do I need?

What did you do for the audition?

They felt that I looked too modern for the character. So, they wanted to see how I would look in a simple kurta or salwaar kameez, with my hair curled and tied. They were happy with my looks and there I was in Billa as Jasmine.

'I had no problem learning Tamil' 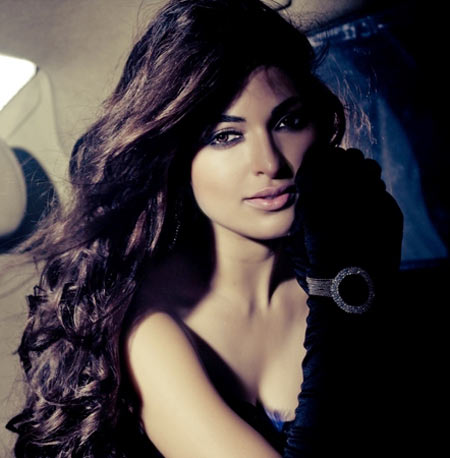 You are a city girl. Was it difficult to act like a girl from a village?

It was not difficult as she was not the typical village girl you see in films. She is an educated girl.

In my case, though I was brought up in Mumbai, I come from a family that gives a lot of importance to our culture and tradition.

I am a typical Kerala girl at heart. We speak Malayalam at home. So, I didn't have to make too much of an effort to play Jasmine.

Did you pick up Tamil fast?

Ajith Sir told me that my Tamil didn't sound funny. Because I speak fluent Malayalam at home, I had no problem learning Tamil as there is not much difference between the two languages. I also understand Tamil.

The dialogue writers gave me the dialogues in English and an assistant director corrected me if my pronunciation was wrong.

It was not difficult for me. I am sure from my next film onwards I could dub for my Tamil films myself.

'It was a nerve-racking experience to work with Ajith' 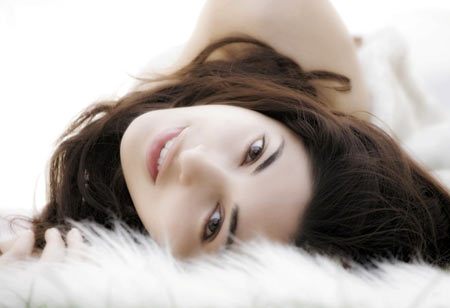 How did the first day's shoot go?

Most of it happened in Goa. My first day's shoot was with Ajith Sir. In the scene we were going into a house together.

It was a nerve-racking experience. Though Ajith Sir is very down to earth and cool, the fact that I was going to shoot my first scene with a star like him made me a nervous wreck.

He is such a big star with a huge fan base, and there I was standing with him! It was a surreal feeling!

He sensed that I was nervous and made me really comfortable. The best thing about him is that he always sees to it that you are relaxed and comfortable. He told me, be what you are, be yourself and everything will come out perfectly well-- and it did.

But it took me two or three days to get into a comfortable space. But after that, I was very relaxed.

And, how did you become Jasmine?

With Chakri Sir around, an actor doesn't have to worry about the character. He is one director who will not settle for anything less than 100%, not even 99.99%. He would make us do a scene again and again till he got what was in his head.

Before a scene he would tell me: this is how Jasmine feels in the scene, this is how she reacts and this is how I want you to react.

I did what he told me. It fell into place most of the time. 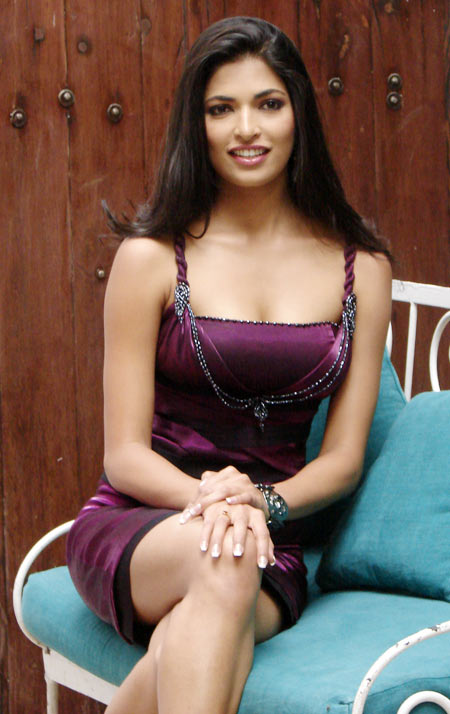 What did Chakri say when you finished shooting the film?

I think Chakri Sir was quite happy. Generally he doesn't say whether you did well or not.

One thing is that as the days passed, he made me do less number of takes. At the end of the shoot he told me that the only reason he didn't say anything about my performance was because he wanted me to be the way I am, and he liked the way I performed.

How do you sum up the whole experience of acting in Billa?

I would say it was a great learning experience. When you are working with the best in the profession, both in front of and behind the camera, you learn a lot about the art of film making itself.

Something I have learnt from Ajith Sir is, success may come and go but we should not get affected by it. He says if you are down to earth, success will come to you.

How do you feel now that the film is going to be released this week?

I am super excited but at the same time, I am super nervous. I am eager to know how the audience in Tamil Nadu will react to me.

Did you always want to be an actor and were beauty pageants a stepping stone to acting in films?

As I live in Mumbai, I understand a little bit of what happens in the film industry.

I am not from a film family and I know it is very difficult to get into films if you are from a non-filmi background. So, I didn't dream of a career in films but always thought how it would be to be a part of the film industry. I am a movie buff and watch lots and lots of films.

But I always wanted to be Miss India and participate in international pageants, which I did eventually.

Yes, offers to act in films did come after that, but they were for glam doll roles which I was not happy to do. 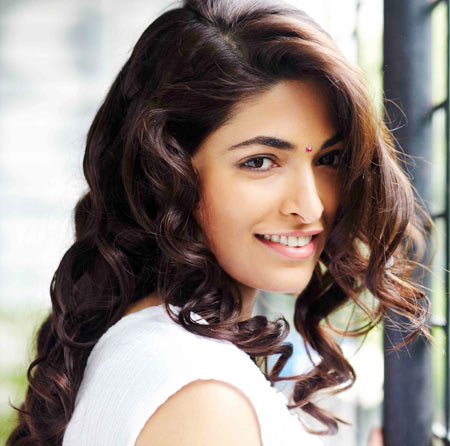 After Billa-2, have you decided that acting is going to be your career?

Since you are a Malayali, didn't you get offers to act in Malayalam films?

No, initially I didn't get any offers. I think they felt I didn't want to act in Malayalam films. Now that I have done Billa, I am getting offers.

Like all actresses who make a mark in south Indian films, is it also your dream to be in Hindi films ultimately?

Yes, that is my dream. But right now, I would like to make a place in people's hearts in one place and only after that will I move to another place.